1. Technically, oysters are classified as bivalve mollusks: soft-bodied animals that protect themselves with two hinged shells. They have the ability to change sex depending on reproductive needs, and most will do so at least once during their lifespans.

2. Just like us, oysters are largely a product of their environment, and the waters in which they live have a direct effect on their taste and texture. Because an oyster filters 40 to 50 gallons of water through its gills each day, its flavor profile is highly influenced by ambient minerals, algae and salinity levels.

3. Oyster bars like to dress their oysters in all sorts of fancy names—some descriptive, some geographic. But believe it or not, there are just five species of oysters harvested in North America. Crassotrea gigas, aka the Pacific oyster, and Crassostrea virginica, aka the Eastern oyster, are most common.

4. Though today’s cultivated oysters are changing matters, warm-water months traditionally make up the spawning season, during which oysters spend their energies on reproduction and their fullness and flavor steadily decline. Once water temperatures begin to dip, however, spawning ceases and oysters bulk up on a carbohydrate called glycogen that makes them plump and sweet.

5. There is always some risk in eating oysters, but it’s very slight as long as you’re careful. High temperatures promote bacteria, and for that reason, many oyster farmers prefer water colder than 60 degrees Fahrenheit. Once harvested, oysters should be eaten within five days and stored on ice or refrigerated at all times.

6. It’s the question on everybody’s mind: Are oysters really aphrodisiacs? The answer is open to debate, but their high levels of zinc and iron are said to increase stamina, and at the very least, contribute to a healthy diet. Our best advice? Run your own experiments and draw your own conclusions. 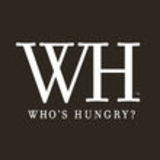 Blending the worlds of food and photography, the magazine features travel stories and recipes from top food writers, as well as styling tips...

Blending the worlds of food and photography, the magazine features travel stories and recipes from top food writers, as well as styling tips...