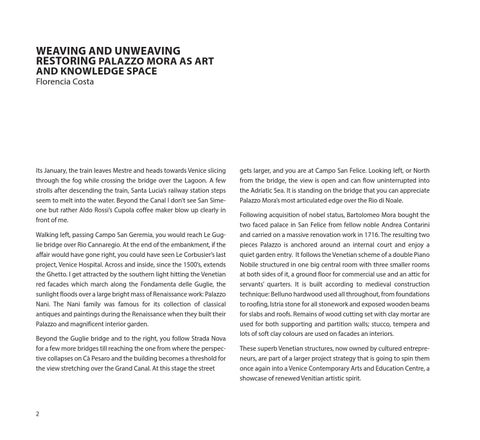 Its January, the train leaves Mestre and heads towards Venice slicing through the fog while crossing the bridge over the Lagoon. A few strolls after descending the train, Santa Lucia’s railway station steps seem to melt into the water. Beyond the Canal I don’t see San Simeone but rather Aldo Rossi’s Cupola coffee maker blow up clearly in front of me. Walking left, passing Campo San Geremia, you would reach Le Guglie bridge over Rio Cannaregio. At the end of the embankment, if the affair would have gone right, you could have seen Le Corbusier’s last project, Venice Hospital. Across and inside, since the 1500’s, extends the Ghetto. I get attracted by the southern light hitting the Venetian red facades which march along the Fondamenta delle Guglie, the sunlight floods over a large bright mass of Renaissance work: Palazzo Nani. The Nani family was famous for its collection of classical antiques and paintings during the Renaissance when they built their Palazzo and magnificent interior garden. Beyond the Guglie bridge and to the right, you follow Strada Nova for a few more bridges till reaching the one from where the perspective collapses on Cà Pesaro and the building becomes a threshold for the view stretching over the Grand Canal. At this stage the street

gets larger, and you are at Campo San Felice. Looking left, or North from the bridge, the view is open and can flow uninterrupted into the Adriatic Sea. It is standing on the bridge that you can appreciate Palazzo Mora’s most articulated edge over the Rio di Noale. Following acquisition of nobel status, Bartolomeo Mora bought the two faced palace in San Felice from fellow noble Andrea Contarini and carried on a massive renovation work in 1716. The resulting two pieces Palazzo is anchored around an internal court and enjoy a quiet garden entry. It follows the Venetian scheme of a double Piano Nobile structured in one big central room with three smaller rooms at both sides of it, a ground floor for commercial use and an attic for servants’ quarters. It is built according to medieval construction technique: Belluno hardwood used all throughout, from foundations to roofing, Istria stone for all stonework and exposed wooden beams for slabs and roofs. Remains of wood cutting set with clay mortar are used for both supporting and partition walls; stucco, tempera and lots of soft clay colours are used on facades an interiors. These superb Venetian structures, now owned by cultured entrepreneurs, are part of a larger project strategy that is going to spin them once again into a Venice Contemporary Arts and Education Centre, a showcase of renewed Venitian artistic spirit. 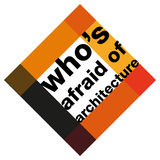 Who's Afraid of Architecture