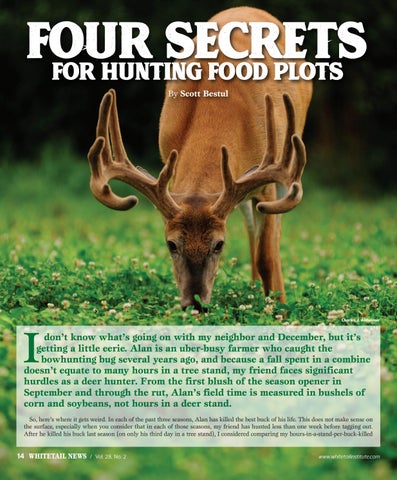 don’t know what’s going on with my neighbor and December, but it’s getting a little eerie. Alan is an uber-busy farmer who caught the bowhunting bug several years ago, and because a fall spent in a combine doesn’t equate to many hours in a tree stand, my friend faces significant hurdles as a deer hunter. From the first blush of the season opener in September and through the rut, Alan’s field time is measured in bushels of corn and soybeans, not hours in a deer stand. So, here’s where it gets weird. In each of the past three seasons, Alan has killed the best buck of his life. This does not make sense on the surface, especially when you consider that in each of those seasons, my friend has hunted less than one week before tagging out. After he killed his buck last season (on only his third day in a tree stand), I considered comparing my hours-in-a-stand-per-buck-killed