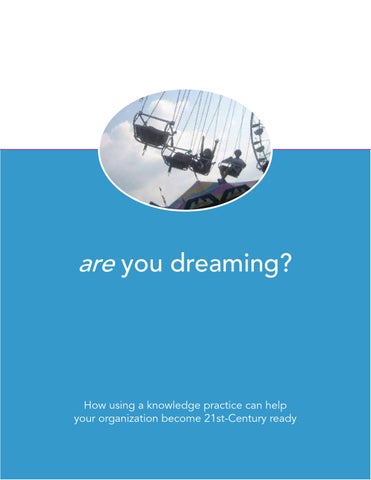 A conjecture on knowledge and innovation From knowledge economy to idea age The knowledge economy emerged during the Organization Age of the 20th Century. Business became more complex, aspiring to organized structures, utilizing overseeing administrations and division of labor. Increasingly proprietary industries funded their own research and development. Knowledge became industry specific and developed a practical meaning in business. Meanwhile, traditional knowledge, normally associated with the ‘ivory tower’ of academia, has also been changing. The Information Age has facilitated the wider dispersal of knowledge-creating activities supported by: • • • • • •

As the knowledge economy transitions to the innovation or idea economy, powerhouse industries of the Organization Age continue to diversify, expand, vertically integrate. At the same time, new business models emerge. Less ‘industry’ and more ‘mind.’ Everything has become ‘smarter,’ which usually equates with technological advances to speeding up change, increasing control of one’s environment and ‘raising the bar’ at a near-constant rate. Technology has become critical to change; however we must continue to ask if it is a means or an end? When technology becomes synonymous with innovation, has the medium (once again) become the message? Creativity and the soundness (and goodness) of our ideas will keep us grounded in the message.

What is knowledge and why is it useful? Knowledge is creative. Knowledge creation involves a complex combination of activities such as sensing, thinking, idea exploration, discovery, experience, conceptual framing, experiment, data and information gathering, story telling, reflection, analysis, interpretation, imagination, intuition and conjecture. There is some permanency in knowledge; we like to refer to it as solid or as a body. And, it is true that some information and interpretations remain relatively intact and useful over time. But in order to create that apparent working body of knowledge, it has to be created or discovered.

In short, knowledge is as much a tool for thinking as the end product of our thought.

Knowledge is intangible. Largely because of its creative and changeable character, knowledge is not the same as data or information. One can lead to another on a spectrum of available inputs and interpretations, but knowledge exists on a different plane, often appealing to our intuition, creativity and abstract perception of the world. data

Knowledge is changeable. Knowledge depends on perspective and context, and theories of knowledge change over time, which is why there is a permanent branch of philosophy called epistemology, the study of knowledge. As a creative and evolutionary enterprise, knowledge consists of temporary constructs of ideas used as tools for change, growth and leverage.

The broadening base of knowledge creation has been accelerated and enhanced by information availability, exchange and networking. The participatory nature of knowledge is evidenced by quickly expanding idea forums and the increasingly common use of open sourcing. Words, numbers, metaphors, equations that describe relationships—exact or imperfect—help us form our ideas, and ideas are the building blocks of knowledge.

“Knowledge isn’t handed from on high … it’s something to work with and create.” -Wikipedia Founder Jimmy Wales-

Who can innovate? Innovation is everywhere. Invention, the popular 20th-century term for powerful technological advances such as telephones, cars and airplanes, reflected the mechanistic worldview of its time. Now, even the patent office, traditionally focused on machinery and gadgets, is changing to accommodate a more fluid and flexible mindset about change. Innovation—to introduce something new—has quickly become ubiquitous to 21st-century business culture.

Apple’s Think Different ad campaign used powerful images of Einstein and other scientific, artistic and cultural revolutionaries to promote its design-savvy version of the personal computer. The brand—a major player in the 21st century’s revolutionary availability and access of information and connectedness—used and promoted the concept of innovation so well that it is now practically, functionally and culturally nearly indistinguishable from technology.

This is good and bad. Great that everyone is looking for more creative and new methods to solve old problems. Fantastic that innovation is being so culturally valued. But, perhaps not so great that the word is being overused. After having gained widespread use since the start of the global economic crisis, innovation may be losing some of its descriptive impact. When, for example, it is used to indicate improvement, a new iteration, of an already innovative technology.

Innovation is about ideas.

Innovation is more than technology.

Innovation can be cultivated.

While scientist and academic Albert Einstein once worked in the Swiss Patent Office, he is not remembered for inventing gadgets. Rather, he restructured our concept of space and time. Academic or intellectual innovation usually takes on the stronger term revolution. He was a revolutionary.

Innovation is an ongoing process that can be cultivated through practices that encourage an open exploration of ideas; flexible and constructive knowledge building; asking questions; embracing difference; incorporating creativity; and having the courage to be original and be bold.

But innovation is, as Apple’s branding campaign pointed out, very much about ideas. It is important to remember that ideas and knowledge building are critical to any innovation, whether it is technological or social. So while technology can be an innovation and can even push other cultural innovations, technology—while more than ever a necessary means—does not have to always be the end.

“Here’s to the crazy ones. The rebels. The troublemakers. The ones who see things differently ... while some see them as crazy … we see genius ... because the people who are crazy enough to think they can change the world, are the ones who do.” -Apple’s Think Different campaign (1997)-

Innovative thinkers, tools and practices, and a commitment to knowledge not as power but as learning are key to—especially social—innovation

Whitepaper Bluesky is a research, planning + design practice that facilitates transformation and innovation for social good. It does this through human-centered innovative practices that build knowledge, explore vision and synthesize ideas for change. 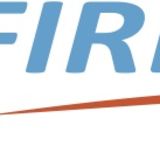 This document explains in more detail why a knowledge practice is critical to 21st century thinking.

This document explains in more detail why a knowledge practice is critical to 21st century thinking.