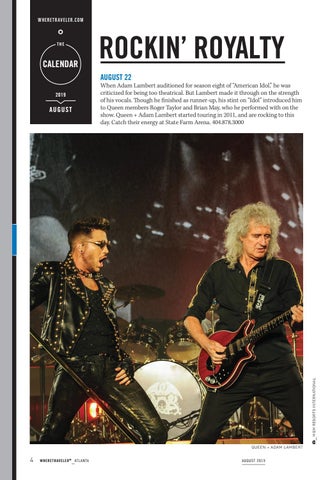 When Adam Lambert auditioned for season eight of “American Idol,” he was criticized for being too theatrical. But Lambert made it through on the strength of his vocals. Though he finished as runner-up, his stint on “Idol” introduced him to Queen members Roger Taylor and Brian May, who he performed with on the show. Queen + Adam Lambert started touring in 2011, and are rocking to this day. Catch their energy at State Farm Arena. 404.878.3000

WhereTraveler Atlanta is the premier travel magazine for discovering the best things to do and see in Atlanta, Georgia. Check out our August 2019 issue now! 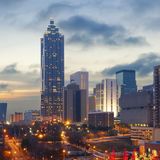 More from Where Atlanta