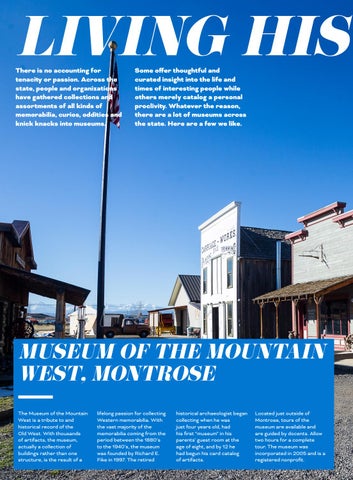 LIVING HIST There is no accounting for tenacity or passion. Across the state, people and organizations have gathered collections and assortments of all kinds of memorabilia, curios, oddities and knick knacks into museums.

Some offer thoughtful and curated insight into the life and times of interesting people while others merely catalog a personal proclivity. Whatever the reason, there are a lot of museums across the state. Here are a few we like.

MUSEUM OF THE MOUNTAIN WEST, MONTROSE The Museum of the Mountain West is a tribute to and historical record of the Old West. With thousands of artifacts, the museum, actually a collection of buildings rather than one structure, is the result of a 90 Photo: Museum of the Mounta

lifelong passion for collecting historical archaeologist began Western memorabilia. With collecting when he was the vast majority of the just four years old, had memorabilia coming from the his first “museum” in his period between the 1880’s parents’ guest room at the to the 1940’s, the museum age of eight, and by 12 he was founded by Richard E. had begun his card catalog Fike in 1997. The retiredWESTOF105.COM of artifacts.

Located just outside of Montrose, tours of the museum are available and are guided by docents. Allow two hours for a complete tour. The museum was incorporated in 2005 and is a registered nonprofit. 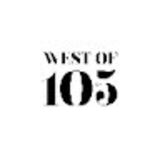