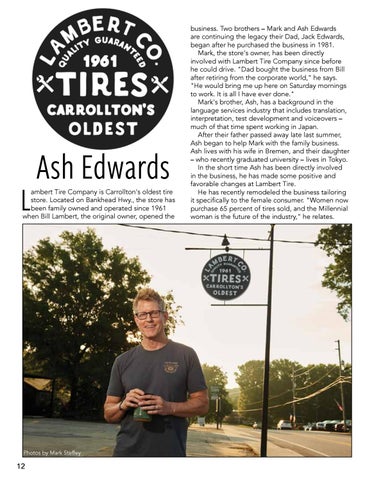 ambert Tire Company is Carrollton's oldest tire store. Located on Bankhead Hwy., the store has been family owned and operated since 1961 when Bill Lambert, the original owner, opened the

business. Two brothers – Mark and Ash Edwards are continuing the legacy their Dad, Jack Edwards, began after he purchased the business in 1981. Mark, the store's owner, has been directly involved with Lambert Tire Company since before he could drive. "Dad bought the business from Bill after retiring from the corporate world," he says. "He would bring me up here on Saturday mornings to work. It is all I have ever done." Mark's brother, Ash, has a background in the language services industry that includes translation, interpretation, test development and voiceovers – much of that time spent working in Japan. After their father passed away late last summer, Ash began to help Mark with the family business. Ash lives with his wife in Bremen, and their daughter – who recently graduated university – lives in Tokyo. In the short time Ash has been directly involved in the business, he has made some positive and favorable changes at Lambert Tire. He has recently remodeled the business tailoring it specifically to the female consumer. "Women now purchase 65 percent of tires sold, and the Millennial woman is the future of the industry," he relates. 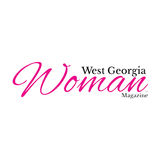 West Georgia's only women's lifestyle magazine, and the most read, popular and preferred magazine in West Georgia.

West Georgia's only women's lifestyle magazine, and the most read, popular and preferred magazine in West Georgia.