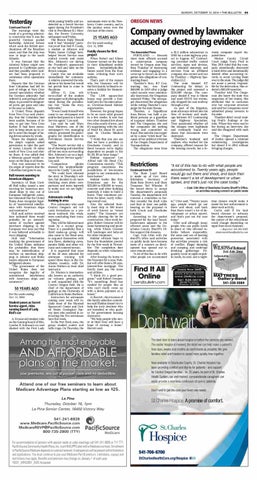 while posing briefly and un- astronauts were in the Newdetectedas a Secret Service berry Crater country, and in agent during the President&#39;s the pumice areas over the

rim east of the crater.

a student at Johnson and

coast, and that the ship was Wales Junior College here, now at large in the south helped SecretService men

Atlantic. It was forecast that the

the President&#39;s appearance at city hall and later on the

and that possibly other raiders had been prepared to

Coady was not available immediately for c o mment. asthma.

That&#39;s part of the reason there. A relative answered the teleReports that the German phone at his home but would why the Gessners will be liner Columbus had left its

not permit him to come to

port of refuge at Vera Cruz

caused speculationwhether the German admiralty had

ordered it, and perhaps other ships, to proceed to designated ports, get guns and take to the seas as raiders.

the first family in Bend to re-

house may provide a foothold here for the internation-

organization. However, the group hopes came to our newspaper and to be on more solid ground day that the Columbus had said he had posed as a Secret in a few weeks. It now has been unable, because of its Service agent,&quot; Liss said. two other donated lots about size, to get into Vera Cruz Liss said he and Mary five miles south of town, and harbor. It had been neces- Jean Mathews, one of the it&#39;s negotiating with the city sary to keep steam up in or- newspaper&#39;s two managing of Bend for about 25 acres der to avert the danger of be- editors, presented the photo- near St. Charles Medical ing driven ashore by winds. graphs for identification to Center. A United Press dispatch from Vera Cruz said yester-

&quot;It was Coady himself who

the shop&#39;s captain asked permission to take the port

agents. &quot;The Secret service did a of Anton Lixardo 10 miles lot of checking and identified south of Vera Cruz and shel- all but one man surrounding ter there. It was added that Mrs. Johnson&#39;s car as a legita Mexican guard would re- imate Secret Service agent,&quot; main on the ship at all times. Liss said. &quot; Comparison pho t o s This was assumed to be the origin of reports that the

Columbus had gone to sea.

man to be Coady,&quot; Liss said. &quot;We could have released

the story in Thursday&#39;s edition, but decided to do more checking,more photo comparisons and more legwork to make sure we are right,&quot;

&quot;I think that you can see that we have a problem in

Deschutes County and in Bend because we&#39;re highly dependent on people in the $4, $5, $6 an hour range,&quot; Commission recently. &quot;This program maximizes the possibilities of low-income people in our community to

but reiterated that the United

home. Then volunteers per-

were concluding their train-

probably be an i ntensification of warfare against merchant shipping in the European war area and that it was believed advisable to warn shipping. Hull said: &quot;Information reaching the government of

ing today. construction. Once work beThey will be followed next gins, Robert Gessner will do week by a second group. some hammering and paintThere is a possibility that a ing, while Eileen Gessner third make-up group will will landscape and baby-sit also come to the Bend area, for other volunteers. to acquaint themselves with Habitat officials hope to lava flows, sheltering caves, have the foundation poured the United States indicates pumice fields and other volby the first week in Novemthe probability that there canic and cratered terrain. ber. The c ompletion date may be i n t ensification of It is expected that most depends on when volunteers warfare on merchant ship- of the 29 men selected for can work. ping in Atlantic and Baltic a stronaut t r aining w i l l After leasing the home to waters adjacent to European spend three days in the De- the Gessners for a year, Habbelligerent shores. s chutes country, w it h D r . itat will offer them a 20-year, &quot;The government ofthe Aaron Watters as their chief interest-free mortgage. The U nited S t ates d o e s n o t instructor. family must pay the taxes recognize the legality of Dr. Watters is internation- and utilities. &quot;I think it&#39;s a good prounrestricted i n t erferenceally known as an authority with A m erican ships and on volcanic geology, and gram,&quot; said Robert Gessner. &quot;It&#39;s something Bend has commerce.&quot; is well acquainted with the Central Oregon field. He is needed for people like us chief of the department of who can&#39;t really come up 50 YEARS AGO geology at the University of with adown payment on a For the week ending Oct. 11, 1964

running board of Lady

California in Santa Barbara. Instructors for astronauts c oming next week will i n -

a $1.5 million subcontract in

a c onstruction c ompany owned by Oregon state Rep. Kim Thatcher of destroying evidence and engaging in a

clude most of the Manned

help the truly destitute who are homeless or who quality for government housing assistance. &quot;We help people who nev-

deleted other accounting records to avoid turning them over to the state. The judge did

not name a person responsiContracting for delays in ble for the destruction. She or$60,000 in 2010 after a judge the project and assessed a dered a $63,010 sanction. ruled records were intention- $214,000 charge. The comThatcher told The Oregoally destroyed, the Oregonian pany denied it was to blame nian she knew the state was reported Friday. The newspa- and sued ODOT, buteventu- suspicious of her claims. She per discovered the allegations ally dropped the case midway attributed that to confusion while vetting Thatcher&#39;s cam- through a trial. over her corporate structure paign for the state Senate. As part of the litigation, and said her companies never Thatcher, a R e publican state attorneys delved into the submitted phony invoices to from Keizer, has built a poflow of invoices and mark- the state. litical persona as a guardian ups between KT Contracting Thatcher didn&#39;t recall readof taxpayer dollars. Thatcher and Highway Specialties. ing Prall&#39;s findings at the told The Oregonian she and They questioned whether all time. When they were read to her companies did nothing the charges were legitimate her during an interview, she wrong and committed no a nd eventually f ound e v i - said she disagreed with each fraud. She said she was target- dence that documents were one. ed by a state &quot;witch hunt&quot; be- destroyed. The Oregon D epartment cause of her political criticism T hatcher&#39;s husband a n d of Justice opened a criminal of the Oregon Department of nephew, who worked for the racketeering i n v estigation Transportation. company, offered reasons for but closed it in 2012 without The allegations stem from the missing records, but a fo- bringing charges. Thatcher&#39;s firm, KT C ont racting I n c . , w a s f in e d

&quot;A lot of this has to do with what people are

accustomedto.Twenty years ago,people would go out there and shoot, and back then

is made up of Gov. John Kitzhaber, Secretary of State Kate Brown and State

Treasurer Ted Wheeler. If the board elects to a ccept

there wasn&#39;t a lot of development or urban

convene a committee to fur-

ther consider the draft rules and host at least one public hearing on the proposal in both Crook and Deschutes counties.

time closure would make it

ago, people would go out there and shoot, and back then there wasn&#39;t a lot of de-

velopment or urban sprawl, and that&#39;s just not the case

board chooses to a dvance

the department&#39;s proposal, prepared for the land board, today.&quot; the nature of the restrictions landowners adjacent to the Utter said although many could change depending on affected areas and the Depeople who use public lands input from local residents. schutes County Sheriff&#39;s Of- to shoot or ride off-road ve— Reporter: 541-383-0387, fice support the closures. hicles behave responsibly, shammers@bendbulleti n.com Capt. Erik Utter with the the noise and use of hearing sheriff&#39;s office said activities protection associated with on public lands have become the activities presents a risk more of a concern as devel- of conflict. Illegal dumping opment has spread out to and camping, and underage once-remote areas. d rinking g atherings f r e 541-548-2066 &quot;A lot of this has to do with quently occur at night on pubAdjustable what peopleare accustomed lic lands, he said, and a night-BedsAccording to

Find It All Online

here this week. on the running board of Mrs. In the Fort Rock area, the er in their lives will have a Lyndon B. Johnson&#39;s car and group studied craters and hope of owning a home,&quot; chatted with the First Lady tuffa rings. On Thursday, the Barrett said. A 19-year-old student rode

ed States Geological Survey men who assisted in in-

Attend one of our free seminars to learn about Medicare Advantage Plans starting as low as $25.

DOn&#39;t Wait to get the CareyOurlOVedOneneedS.