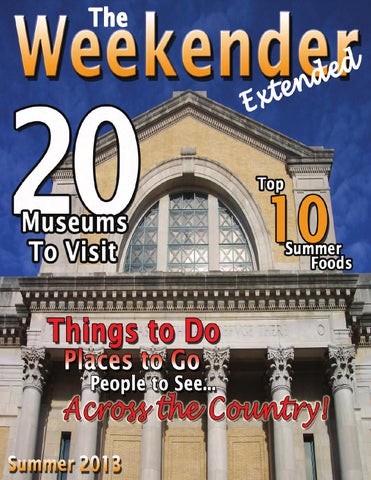 Mercer Museum brings the Civil War to life in a new exhibit.

Doylestown, PA - The Mercer Museum, one of Bucks County, PA’s premier tourist attractions, commemorates the 150th anniversary of the Civil War with the exhibit, "Turning Points: Civil War, 1863-1864." Turning Points brings to life the local citizens and soldiers of the era who experienced the war’s most pivotal years. Visitors will have the opportunity to view more than 300 artifacts, meet local citizens like one time fugitive slave, Benjamin "Big Ben" Jones, cast a vote in the 1864 Lincoln-McClellan election and explore a camp tent to see how soldiers lived. The exhibit is included with museum admission and runs until August 25. The Mercer Museum offers visitors a unique Page 10

window into preIndustrial America as seen through the implements used in everyday life. The Museum’s collection includes more than 40,000 objects exhibiting the tools of more than 60 different crafts and trades, providing one of the world’s most comprehensive portraits of material culture in America. The Mercer Museum is located at Green Street & Scout Way in Doylestown and is open for selfguided exploration seven days a week. For more information, call 215-345-0210, or visit: www.mercermuseum.org.

Mackinac Island - the Richard and Jane Manoogian Mackinac Art Museum, tells the story of this timeless and picturesque island. Located at Mackinac Island’s former Indian Dormitory, and generously funded by the Richard and Jane Manoogian Foundation, the museum showcases a variety of fine and decorative arts inspired by the Island throughout the years. The dormitory is a Federal-style structure built by the U.S. government in 1838. It was the primary housing facility for Native Americans visiting the Indian agency on the island. From 1867 until 1960, it was used as a public school and from 1966 until 2003 as a museum of Native American culture. View a historic pottery rim fragment excavated near the museum, and marvel at the many historic oil paintings and sketches of Mackinac Island created during the fur trade era and Native American encampments. Admire hand-beaded Native American garments, 17th and 18th-century maps of the Great Lakes, as well as one-of-a-kind pieces from the height of Mackinac Island’s Victorian era. Filled with interactive displays, hands-on activiSummer, 2013

Mackinack Art Museum is newest & one of most diverse art museums in the region.

ties, and beautiful exhibitions, this museum serves as an inspiration for creativity. The Kids’ Art Studio, located in the lower level, offers hands-on drawing, painting, stamping, window art and much more. Richard and Jane Manoogian Mackinac Art Museum - Courtesy of Mackinac Island Tourism BureauNew this season, highlighting the diverse individuals that make Mackinac Island a unique destination, the 2013 special exhibition: People of Mackinac features works of art combining Mackinac and people. The exhibit demonstrates the human element in the past, present and future of Mackinac Island. The independently juried exhibition features more than two dozen pieces in a variety of media, and will be on display through October 2013. Museum admission is $5 for adults and $3.50 for youth (5-17), combination and family packages are available. Select Mackinac Island Lodging facilities offer complimentary admission to the Richard and Jane Manoogian Mackinac Art Museum during their stay, available throughout the entire 2013 season.For more information, visit the Mackinac Island Tourism Bureau.

Norwich, Vermont - It’s everybody’s dream—to be able to control the clock. The Montshire Museum of Science challenges visitors to slow time down or speed it up to explore the natural world as never before in the new exhibition Playing with Time, from May 25 to September 8, 2013.

Playing With Time gives visitors the tools they need to see a previously hidden world: events that occur too quickly or too slowly for humans to perceive—the flap of a hummingbird’s wings or the Page 22

expansion of the universe. This imaginative exhibition invites people to examine these invisible dynamics by using high-speed photography, time-lapse videos, and animations to effectively increase or decrease the speed of the world. Interactive exhibits, natural objects, and stunning displays allow visitors to experience natural phenomena occurring over vast timescales—from billionths of seconds to billions of years. Playing with Time also reveals the tools that help scientists make models, and the evidence they www.WeekenderExtended.com

gather in order to better understand how our world works. By profiling scientists, Playing with Time shows that much scientific inquiry involves examining how things change. After “playing” with this elegant exhibition, visitors will begin to see the changes happening and gain a new appreciation for the ever-changing world. The Playing with Time exhibition is divided into two major sections—Time Tools Lab and the Investigation Areas. Summer, 2013

By Rebecca Embry Things to Do Editor

ur family never tires of heading to Branson for vacation or an extended weekend. Every time, we experience something new, something different. This year was no exception. There are always those favorite spots we can’t help returning to again and again. One such place is the Branson Track Family Fun Parks. First of all, there are four different locations, which my hubby and kids have to try all. “There’s a different feel to the go-karts and each track has a different layout,” they insist. Others have described the parks as genuine “family fun four-stories high.” I agree Ride three different high-rise go-kart tracks; one is

made of metal and the other two are wooden tracks. Then there is the highspeed sprint track, allowing only adults with a driver’s license to drive. Have fun with laser tag, bumper boats bumper cars, kids' rides, the 100-foot-tall skycoaster, the G-Force drag race simulator, mini golf, arcades, food, sweet treats and more. There is no admission charge to any of the parks; only pay for the attractions you participate in. That means parents can watch their kids for free. Of course, parents will be wanting to ride, to. At the track everybody gets into the act. For more information, visit www.bransontracks.com. Continued on page 28

Things to Do: Experience 5D

The newest and most unusual attraction the family encountered this summer in Branson was the Castle of Chaos. The owners introduce it as “the world’s first 5D Haunted attraction.” While I’ve seen and reviewed numerous 3D movies and 4D attractions with water spitting in my face, vibrations surprising me from my seat and puffs of air blowing my hair, I found the Castle of Chaos to add interaction from the audience. It merges State-of-the-Art 3D with heartpounding motion, special effects, animatronics, and gaming for the first ever 5D interactive experience in the World Castle of Chaos offers a whole new kind of entertainment for haunted house followers, video game buffs and tourists who are ready for a thrill. The fright ride and battle game technology awaits

visitors as they enter an enormous castle to discover the fate of 1920s horror film star Carli Winepeg and her crew, who mysteriously disappeared while shooting the planned epic film Castle of Chaos. Once securely buckled into armchairs with 3D glasses on and armed with pistols, guests are spun into Carli's tortured world and forced to protect themselves from its terrifying inhabitants. I must admit I wasn’t exactly ready for bats to come out of the screen and fly over my head. That was a little much. But my kids loved it. This 21st century haunted house combines the latest in 3D projection with surround sound, special effects, motion-based seats, and a shooting system that scores each member of the audience. The 24 seats are affixed to a five-ton rotating platform that has ten engines and achieves a top speed of 15 rpm. There are sequences that include total darkness, wind, water, smoke, and foul scents, among other effects. Each player racks up points, and the top five scorers are shown at the end of the ride. Note to mothers: Wait until “after” the ride to get your nails done in case you have them all chewed off during this adventure. Another note: The competitive element is especially compelling to video game players who like improving their scores.” A single admission is $14.95, adults, and $7.95 for children (4-11). Pick Your Fun Passes are available for Castle of Chaos, Hannah's Maze of Mirrors and the Hollywood Wax Museum for $26.95 per adult and $14.95 per child. Visit www.hollywoodwaxmuseum.com/branson/tickets.htm or www.5DAdventure.com. 417 337-8700. Summer, 2013 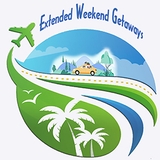 Places to go, things to do and people to see in the USA Featuring Summer food to travel for, educational museums to visit, Am Idol concert...

Places to go, things to do and people to see in the USA Featuring Summer food to travel for, educational museums to visit, Am Idol concert...