The Jewish Cemetery of Salgótarjáni Street 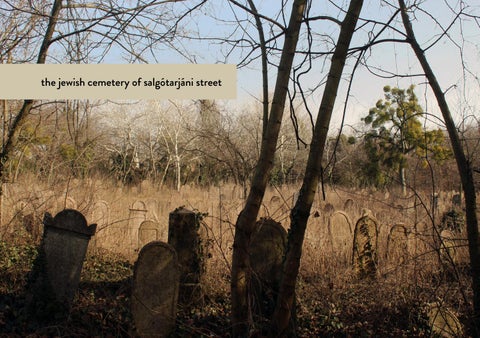 the jewish cemetery of salgótarjáni street

You are holding an Augmented Reality brochure in your hands. If you download the ‘Artivive’ application and scan the pages, you can take a short virtual tour of the cemetery and learn more about its architects and the families that rest there.

The Jewish cemetery in Salgótarjáni Street – opened in 1874 – is one of the oldest graveyards in Budapest. This unusual and peculiar cemetery is still one of the Jewish graveyards of Pest. Beyond the architectural and artistic works of the turn of the century, the historical graveyard faithfully keeps the memory of the deceased.

One of the most prominent elements of the cemetery, the mortuary designed by Béla Lajta provided a site for countless funeral ceremonies throughout the last century. Today, the ivy-clad walls which once supported a grand dome, envelop the unaltered black marble plate that served as the penultimate station for countless souls in the search of eternal tranquility. photo by dorka dózsa

The eclectic tomb of the family of Adolf Györgyei, a landowner and railway construction entrepreneur, is located on the north side of the cemetery. With its portico, the Tuscan columns supporting its tympanum, the chimera sculpture placed on its roof, reflecting the Etruscan architecture’s unique characteristics and the inevitable signs of the passage of time, it faithfully preserves the memory of the family resting there.

The mausoleum of Mór Warhmann designed by Zsigmond Quittner is an imposing building. On a podium-like part of the building , which is decorated with a row of triglyphs and metopèes, rises a dome-covered central pillar, surrounded by a circle reflecting Ancient Greek architectural influence.

The gravestone of Károly Reus (born in 1812 and died in 1897, the president of the Hevra Kadisa of Pest) is located near the central part of the cemetery. It was built in a Greco-Roman style, its most outstanding feature is the set of Ionic pillars, that support the roof element of the grave. This gravestone is not as monumental as the other greater mausoleums, but from an artistic standpoint it is indubitably an essential part of the cemetery.

Béla Lajta designed the tomb of dr. Emil Guttmann (1859-1926), a well-off merchant. The tomb, set up by the year 1909, is guarded by two stone lions representing power and pride, almost modern in style. The monumental structure of the tomb is also decorated by palm and willow ornaments, symbols of the gate of the afterlife.

The Jewish cemetery of Salgótarjáni Street holds the mausoleums and graves of many of the Jewish elite, in the era of the Dual Monarchy (1867-1918) of AustriaHungary. Here we can find the gravestone of Hertzka Gusztáv and his family , which was constructed in the style of Art Nouveau. The gravestone itself is decorated with colorful mosaics, which are arranged in a floralike pattern, reminiscent of the traditional Jewish gravestone symbol: the tree of life.

Being one of the largest and most noteworthy buildings, the Hatvany-Deutsch family mausoleum designed by Zsigmond Quittner certainly stands out in the northern row of the cemetery. Along the side, twin staircases accompanied by a set of Doric columns lead up to the Ancient Greek-style tomb, which is undoubtedly a worthy guardian of the baron family’s memories.

Several mausoleums and tombs, including the Ehrlich family’s tombstone in the Jewish cemetery on Salgótarján Street in Budapest were designed by the Hungarian architect, Sándor Fellner (1857-1944). The family’s tombstone is made of black granite. It is composed of clean geometric forms, the family nameplate is located between two long volutas.

Among the family mausoleums and major tombs of the Jewish cemetery on Salgótarjáni Street, we can find the Herzl family’s tomb. The name of the famous painter, Kornél Herzl Hernádi can also be seen on the tombstone. Although he spent most of his life in Paris, he had a close connection between him and the artists of Budapest.

Béla Lajta built the Bródy family’s tomb in 1908. With the tomb’s sculptural solution and enthralling impact, it stands out as an architectural body of work. This shrine was made with black granite and its capitals are decorated with folklore motives. This pavilion-like mausoleum creates a transition between central and axial space.

Alfréd Hajós, the designer, gave a specific tone to the Temesváry (Ehrlisch) tomb. The memorial has decorative renaissance style botanical ornaments. The egg and anchor decoration was a beloved theme in Ancient Rome as well. The image of the winged lion below represents Venice’s symbolic animal. The tomb is now surrounded by a ruined balustrade.

Designed by Gyula Ullmann and Géza Aladár Kármán, the family mausoleum of Manfréd Weiss - the famous Hungarian magnate - effortlessly catches the eye of visitors. The tomb is enclosed by a grandiose collonade of 3 columns of the composite order on both sides, clearly distinguishing the grave from its neighbors.

About 1500 victims of the 1944-45 Budapest ghetto rest in the Salgótarján street cementery, where a memorial stone stands in honor of the innocent lives lost during that time. On the memorial stone, which is polished on the front and back panel and is raw on the edges, you can find the following inscription: “Commemoration for the victims of the Ghetto”. The memorial stone and its enviroment is certainly amongst the most unsettling, melancholic places in the cemetery.

Any kind of media included in the publication was captured with the approval of NÖRI.

The Jewish Cemetery of Salgótarjáni Street 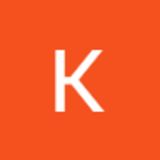