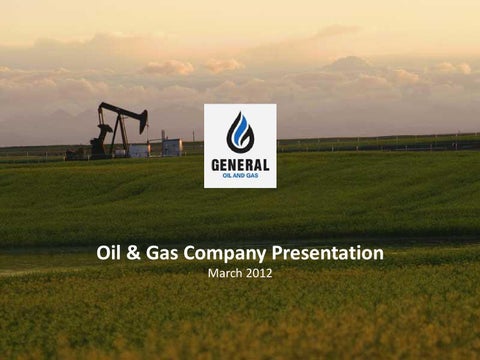 Key focus areas for its energy investments are domestic upstream businesses that are engaged in the exploration, acquisition, development and production of oil and natural gas reserves in Alberta, Canada. Pubco will primarily focus its efforts on acquiring oil and gas properties with proven developed and undeveloped reserves that are economically attractive with strong upside potential.

General Oil and Gas has proven and probable oil reserves with a net present value of $133 million at a 10% discount. Initial production can begin in about 2 months post financing for immediate cash flow. Management constantly examines low risk, current and old oil properties in Alberta, Canada with potential to return to oil recovery and production. To date, they have identified five high value properties with a value that has been supported in a report issued on January 31, 2012 by AJM Deloitte

Business of the Company

To identify, target and acquire oil and gas assets with low risk and high potential in Alberta, Canada

Initial acquisition target - General Oil and Gas has proven + probable reserves on 5 properties valued at $133 million by AJM Deloitte (based on the Net Present value before tax, discounted at 10%)

General Oil and Gas has identified 5 properties as its first acquisition targets.

Valuation is $68,684,400 proven and probable January 31, 2012. There are eight potential drilling opportunities in the Fenn Big Valley Field. Six locations from the Nisku D2A pool. Two locations from the Leduc D3A and D3F pools. All are at approximate depths of 1,650 m.

The Company will require an investment of $60 million in order to complete: • • •

The Company projects that gross revenues will total $188,006,744 over 4 years according to the forecast based on figures from the AJM Deloitte economic valuation. Plicit 4 Year Revenue Summary 2012

The total investment required is estimated at $60m and will be invested as follows: •

All locations are in existing reefs that are not fully depleted. Easy access. All the properties in the target acquisition are in Alberta in the corridor Northeast of Red Deer to Northwest of Edmonton. Located in existing fields with good infrastructure that may be utilized otherwise a simple facility structure can be applied. 2nd event wells to be drilled not far from the original location that has proved to produce significant volumes from the un-swept parts of the pool above the Oil / Water contact. 5% Royalty applies to the first year to a maximum of 50,000 Barrels. Minimal risk (limited to drilling/Completion/Equipment). Target is bypassed oil combined with land expiry and high oil prices that lead to very good economics. Low risk and high return are principal characteristics for the opportunity. Simple technology with vertical wells. Target are candidates for CO2 miscible floods; could increase the oil recovery by 10-15%.

• Pubco offers an opportunity to obtain a position in a fairly valued, well run oil and gas capital company in Alberta, Canada. • The experience of its management team and its ability to determine the significance of oil properties is key to the success of the company. • Management has a previous record of sourcing and selling oil properties for profit. • Utilizing new technology that recovers up to 50% more oil will result in bringing these proven resources into production with profits for shareholders and investors. 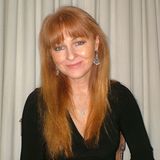