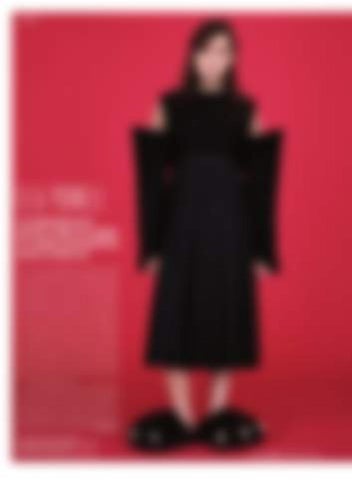 E LLA P U RN E L L AS THE YOUNGER ANGELINA JOLIE IN MALEFICENT, ELLA PURNELL CASTS A DREAMLIKE SPELL. STAND BACK, YOU FOOLS! AND WATCH HER UNLEASH ALL THE POWERS OF HELL “There’s a joke in my family that I’m going to make a career out of playing other people’s younger selves,” jokes 17-year-old actress Ella Purnell. “I played the younger Keira [Knightley], now I’m playing the younger Angelina. I mean, it’s a good track record, right?” The London native is making light of being cast by executive producer and lead actress Angelina Jolie in this season’s brooding Disney blockbuster Maleficent. Though the two have never met, Jolie handpicked the fashion-adoring actress during the film’s reshoot stage. Purnell, who had originally auditioned for the role of Princess Aurora (which eventually went to Elle Fanning), was not expecting the call, finding out about her appointment while recovering from a hospital stay for appendicitis. “I was sitting at home with greasy hair, with like operation stuff, half conscious, coming off the anesthetics,” she says. Soon she was flying harnessed, with layers of bandages covering her fresh scars. It was just another droll moment in a young, adventure-filled career that includes a narrowly missed bear attack in 2013’s WildLike and throwing up on cue for Kick-Ass 2. “I don’t know if you’ve ever projectile vomited on someone’s face, but it’s really satisfying,” she says. In between directing a school play, working two jobs, and acting, the eldest daughter of four, like her Hollywood counterpart, spends time considering cinema through the lens of social progress. “I want to be a part of a movie that changes people’s conceptual framework and suddenly you see things in a different way,” she says. Perhaps that could be a good talking point when she finally meets her maker, at the Maleficent premiere. “I’ll meet Angelina and be like, ‘Hi. I’m you.’ That’s a good conversation starter.” JERICO MANDYBUR ELLA PURNELL IN LONDON, FEBRUARY 2014 PHOTOGRAPHY BEN WELLER FASHION CELESTINE COONEY MALEFICENT IS IN THEATERS MAY 30 TO SEE A VIDEO OF THIS SHOOT, GO TO VMAGAZINE.COM 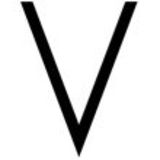