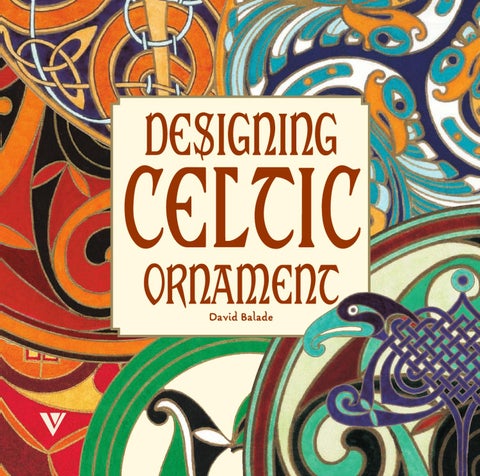 The nuances in the different shades of blue in these triskelia suggest the movement of waves and swirling water. Their circular motion, which governs the mechanics of fluids on earth, is an expression of the Coriolis force. Many galaxies also turn on a central axis in accordance with this same principle of gyratory motion. The triskelion thus serves here as a suggestion of these cosmic forces. Multiple interlocked triskelia in a composition inspired by the Aberlemno Cross in Angus, Scotland, early 9th century.

Original design inspired by the style of the visual artists of the 1930s Breton movement known as the “Seiz Breur” [“seven brothers”], which linked traditional Celtic motifs with the Art Deco style.

Original design. This triskelion opens up into scrolls reminiscent of the flowing patterns typical of Art Nouveau.

Design inspired by the spiral patterns in the Book of Durrow.

Trees of life with double spiral Diversity of shapes

Book of Kells, folio 202r. The profusion of vegetal interlace during the Irish golden age may be regarded as a graphic interpretation of certain Judaeo-Christian texts that compare the newly baptised believer to a young plant that joins the ranks of the trees in the garden of the Church and will bear the fruit of spiritual abundance.

Shrine of St Patrick’s Bell, made probably in Armagh, late 11th – early 12th century. This motif is typical of the Scandinavian style we find in the interlaces produced in Ireland in this period: it could be interpreted as two dragons or as two interlaced vines.

The St Chad Gospels, portrait of St Luke, Wales. On one of the folios of this gospel book, St Luke is holding a cross and a flowering sceptre, crossed over his chest like Osiris crossing his divine insignia. The cross appears here to be placed in juxtaposition with the traditional pre-Christian symbol of the seemingly dry branch that, planted in soil, burgeons forth as a pledge of eternal life. In Hebrew, the name ‘Nazareth’ is reminiscent of the idea of a branch: Jesus is thus the last shoot on the genealogical tree of Jesse.

The lion of St Mark Diversity of shapes

Authorâ&#x20AC;&#x2122;s adaptation of the lion, the symbol of St Mark, from the Book of Durrow, folio 191v. A resemblance to the animal that appears on the Papil Stone (p. 190) may be noted. In the early Middle Ages, the lion was known to the Celts only from often highly stylised representations.

Drawing on the immense popularity and the timeless appeal of Celtic ornaments, author David Balade, an acclaimed artist who created many drawings and paintings in the Celtic style, has chosen the most interesting, diverse and typical patterns and motifs of Celtic art for this beautifully designed practical and historical sourcebook. Starting with an illustrated introduction to the Celts and the development of Celtic art, all designs showcased in Designing Celtic Ornament are placed in their historical context. The chapters which follow examine the major patterns of Celtic ornamentation: spirals, interlace, labyrinths and beasts. Each chapter opens with a general introduction to the elements of the pattern and is followed by the many modifications it underwent during the ages. A short introduction to each variation with illustrated examples from magnificent manuscripts such as the Book of Kells, the Book of Durrow or the Lindisfarne Gospels explains the specific characteristics of a certain pattern, how it was created and what it symbolised. More than 200 of the depicted designs can be reproduced and applied to contemporary work. The final chapter gives easy to follow step-by-step instructions for replicating twenty of the most beautiful motifs to be found in this exquisite collection of Celtic ornaments. Designing Celtic Ornament not only explores the history and symbolism of the most popular Celtic motifs, but also provides a fantastic and ideal resource for artists, designers and crafters working in all media.

Specifications 220 x 220 mm (8 2/3 x 8 2/3 inches) 240 pages with more than 400 colour illustrations Hardback Recommended retail price: £ 19.95 | 24.95 | US$ 35.00 ISBN 978-1-908126-13-9 23,000 words September 2011 Key features • Practical and inspirational sourcebook on the most typical Celtic designs with detailed explanatory text, historical background information and packed with more than 400 colour illustrations • Covers all important manuscripts of the Celtic tradition such as Book of Kells or Gospels of Lindisfarne • With more than 200 motifs that can be traced or scanned • Easy to follow step-by-step instructions how to create 20 of the most beautiful motifs • Ideal for use in graphics layout, needlework and other arts and crafts projects Contents Spirals and Triskelia Interlace Labyrinths Bestiary How to Design Celtic Motifs

The author: David Balade (b. 1972) studied marketing and business at Nantes, France. Since 2001 he has dedicated himself to his artistic career which is closely connected with Celtic art. In 2003 he founded Ker Is, a company specialising in Celtic artefacts. Balade is also the author of several books on Celtic motifs and ornament. 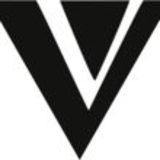 sample pages from a book published by Vivays Publishing

sample pages from a book published by Vivays Publishing