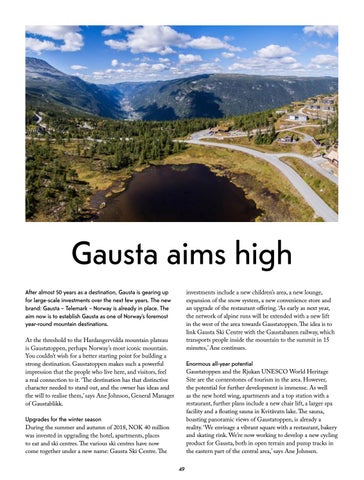 Gausta aims high investments include a new children’s area, a new lounge, expansion of the snow system, a new convenience store and an upgrade of the restaurant offering. ‘As early as next year, the network of alpine runs will be extended with a new lift in the west of the area towards Gaustatoppen. The idea is to link Gausta Ski Centre with the Gaustabanen railway, which transports people inside the mountain to the summit in 15 minutes,’ Ane continues. Enormous all-year potential Gaustatoppen and the Rjukan UNESCO World Heritage Site are the cornerstones of tourism in the area. However, the potential for further development is immense. As well as the new hotel wing, apartments and a top station with a restaurant, further plans include a new chair lift, a larger spa facility and a floating sauna in Kvitåvatn lake. The sauna, boasting panoramic views of Gaustatoppen, is already a reality. ‘We envisage a vibrant square with a restaurant, bakery and skating rink. We’re now working to develop a new cycling product for Gausta, both in open terrain and pump tracks in the eastern part of the central area,’ says Ane Johnsen.

After almost 50 years as a destination, Gausta is gearing up for large-scale investments over the next few years. The new brand: Gausta – Telemark – Norway is already in place. The aim now is to establish Gausta as one of Norway’s foremost year-round mountain destinations. At the threshold to the Hardangervidda mountain plateau is Gaustatoppen, perhaps Norway’s most iconic mountain. You couldn’t wish for a better starting point for building a strong destination. Gaustatoppen makes such a powerful impression that the people who live here, and visitors, feel a real connection to it. ‘The destination has that distinctive character needed to stand out, and the owner has ideas and the will to realise them,’ says Ane Johnson, General Manager of Gaustablikk. Upgrades for the winter season During the summer and autumn of 2018, NOK 40 million was invested in upgrading the hotel, apartments, places to eat and ski centres. The various ski centres have now come together under a new name: Gausta Ski Centre. The 49 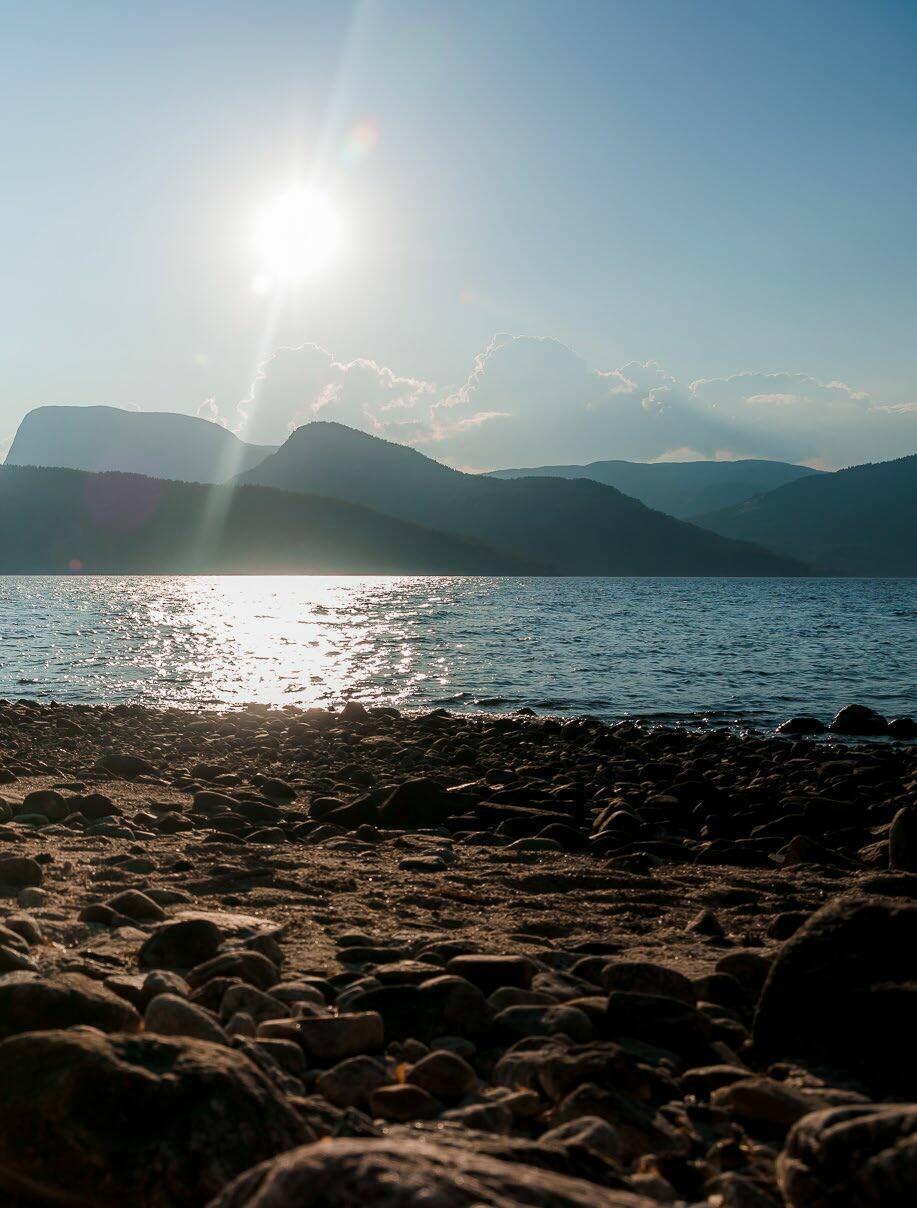