Virden Auto Body celebrates 60 years By Anne Davison With the dawn of the automobile came the need for bodywork. Virden Auto Body began 60 years ago when Tony Wade and Bob Smith started the business. It has now been 49 years under the Beltz name. First Garry Beltz and now Todd Beltz. The Beltz family has owned and operated Virden Auto Body since 1972. Virden Auto Body is a rewarding business, says Todd, who followed in his father’s footsteps and enjoys being his own boss. He’s been holding the reins for 17 years. He appreciates the customer relations. “I like fixing problems for people.” As a young man, Garry Beltz took a job in mining at Thompson. When that ended, he was on his way home to Virden. At that point in his life, Garry did not know what was in store for him, only that the mining job had ended. “I stopped for gas at the Mercury dealership. I knew the boss there, Ken Seafoot.” Seafoot asked Garry about his work and his plans and Beltz truthfully told him he was fresh out of work. He recalls the conversation with Seafoot, “‘What are you going to do?’ I said I didn’t know. So he said, ‘You can start in the body shop here tomorrow, if you want.’ “So, the rest is history.” And that was Beltz’s start in the collision industry. “There was a body man there and I started as his helper. I liked the idea.” Next came his certification for the autobody trade. “I was taking my papers in Brandon. One day, I was called to the office and Ken Seafoot was standing there.” At that point, Seafoot invited Beltz to join the business as a full-fledged autobody man with S & S Mercury Sales. He worked with S & S until the business was sold. “I worked for him for two years and then I decided I’d go on my own. I looked in Killarney at a place, and then I looked in Portage. But my wife, Heather, had a beauty salon in town here.” She used to own Nu-Art Salon. “I didn’t want to go too far. So, I put an ad in the Brandon Sun, to buy a body shop in Western Manitoba.” Tony Wade and Bob Smith answered the advertisement. Beltz bought their place and Virden Auto Body remains there, in an expanded shop. Todd can hardly recall a time when he wasn’t around the body shop. As kids, he and his brother came to the shop every day after school. There was always something to do in the way of clean-up. He recalls giving the guys around the shop a laugh one day when the air compressor leapt to life when he was in the body shop. “I came flying out of the shop, bawling. That’s how young I was – six years old.” “I was officially on the books in 1996. That’s when I got my first paycheck … 25 years ago. I’m a Red Seal Journeyman in paint and autobody work.” Todd is grateful for his dedicated long-term team, including Jennifer Chapman, who works in the office and three Red Seal Journeymen, Bryon Ludlum with 47 years of service, Blaine Sigurdson with 30 years and Gavin McGregor with 12 years.

to the entire Virden Auto Body staff on the monumental occasion. Wishing many more successes in the future.

“I had the place two years and Bryon came to work,” says Garry, with a chuckle. “I left, and he’s still here. He lives in Reston and drives every day.” Garry reflects on the changes he’s seen in the business. “When Todd and Jenn used to go on holidays, I’d come here and fill in.” But things have changed so much with computerization of many processes so, he says with a grin, “About all I can do is answer the phone.” Cars are getting lighter, more fuel efficient, some are electric, “with the everchanging technological advancements the staff is regularly upgrading their I-Car courses to stay current with the trade industry standards,” says Todd. He’s seen thousands of cars come The exterior of Virden Auto Body in 19 72. through his body shop, but some stand alone as interesting pieces. “A ‘32 Ford Roadster was a beauty. We’ve done drag cars, we’ve done funny drag cars, all kinds.” Restorations provide a break in the everyday jobs, but they’re few and far between. As a memorabilia collector and a car guy, Todd owns a couple of vintage cars. “I have a ’68 Plymouth GTX and a ‘62 Mercury Monterey Convertible - that one’s my wife’s.” Todd and staff look forward to many more years of providing quality workmanship for our new and returning customers from Virden and the surrounding areas. Call 290 to contact Tony Wade or Bob Smith back in the beginning days of Virden Auto Body.

From all of us at

Congratulations to every employee at Virden Auto Body, past and present, for making it what it is today.

Before branching out on his own and purchasing Virden Auto Body, Garry Beltz was part of the team at S&S Mercury Sales. 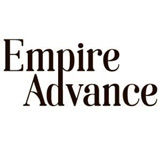