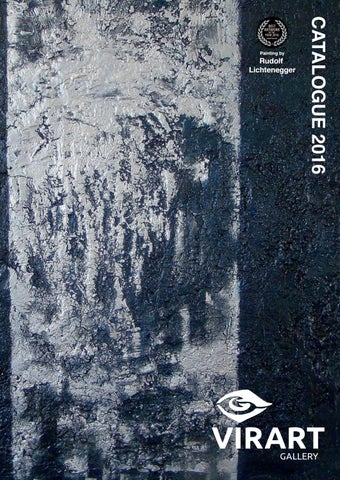 Virtual Art Gallery, the project VirArtGallery is a virtual space to give global visibility to artists of all backgrounds and nationalities, a virtual art gallery where exhibit no time limit all of their most representative works. A web portal dedicated to all the artists, where performing like in a real Art Gallery with personal and collective exhibitions. An innovative showcase for painting, photography, sculpture, graphic and video artists and a meeting place for art critics, talent scouts, collectors and potential art's buyers from all over the world.

Why Vir(tual) Art Galleries Could Help Shape a Different Future for Artists "Virtual art galleries" may be an emerging concept for many, but there are several good reasons why these could provide an exciting new way for artists working in all mediums. Ever-advancing technologies, combined with radical changes in consumer trends and how art collections are curated, could all point the way towards an exciting digital future for creatives. But how can artists get involved and what is a Virtual Art Gallery? A virtual art gallery is more than just a website featuring images of artistsâ&#x20AC;&#x2122; work. Itâ&#x20AC;&#x2122;s a fully interactive experience which creates in the visitor the idea of being in a real gallery. Without moving, comfortably in front of their PC or tablet, the visitor not only can fully enjoy the exhibited works by artists from all over the world, which doesn'te could do in reality, and, if desired, can proceed directly to their purchase by contacting directly to the artist who, in this case, will not have to suffer the unpleasant burden of payment of commissions to the art dealer. The artist is not only remains to rely on professionals, like us, specialized in setting and promoting these events. The result is assured! www.virartgallery.com

BEST ARTWORK OF THE

Graziano Ferrari Biography Graziano Ferrari was born in 1958 in Milan, which was going to become the metropolis where he received the incentives and tools that would be used to give shape to his art, live social events that characterized the years of his adolescence and maturity. Philosophy His artistic career has roots in social and even though today it is hard to find in his works a direct derivation, none the less they are born from the need to clarify, and to clarify, what look like "puzzles" of a society that seems to go towards which seem a chaotic future. In recent years he has dedicated to the research of a pictorial gesture that free him from the bonds of form and that would restore the taste of paint. From 2014 he is Chairman of the Encyclopedia of Italian Art. Permanent exhibitions Pinacoteca Comunale di Ruffano, Ruffano (LE); Comune di Castellanza, Castellanza (VA); Pinacoteca “Legnani”, Legnano (MI); Clinica “Columbus”, Milano; Casa VIDAS, Milano. http://arts-books.net/es/Art/Artist/63/Graziano-Ferrari

Mauro Maffina Biography Born in Italy he lives and works as a photographer in Brescia, Italy. Philosophy His deformations and transformations are sometimes playful, sometimes deeply philosophical. http://www.virartgallery.com/galleries/artists/RudolfLichtenegger-Graziano-Ferrari-Maur o-Maffina-2nd-3rd-4th-prize-VirArt-Summer-Prize-2016/#

Patrizia Berti Biography / Philosophy I am Patrizia Berti, I was born in Grosseto on 4th September 1967. I live and create in my studio which is also home, in the midle of Maremma's countryside, close to the sea where I am grew up. In 1995 have started my research on painting complitely free from every artistic training. Every line, sign, put on paper, canvas, wherever, it is like a private confession breaking free representing everything that is unconsciuos and external. Taking shape draw, sketch, painting just poured out of me. Through this language I have tryed to deeper understand the awareness, watching, reflecting, searching for truth, for freedom.. Since 2000 have begun my experimentation across different materials, taken out from its context, giving them a new meaning, a rebirh, going beyond their essence. From here the research.... http://www.imgrum.net/user/patrizia_berti/2219373982 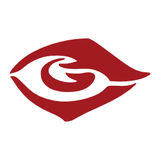 VirArtGallery is pleased to present the Artists Catalogue 2016, a tribute to all the artists who choose to exhibit with us in 2016. http://w...

VirArtGallery is pleased to present the Artists Catalogue 2016, a tribute to all the artists who choose to exhibit with us in 2016. http://w...