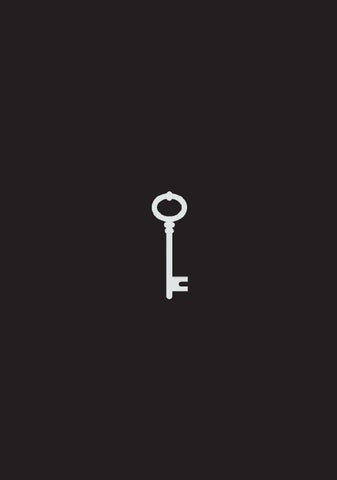 an impression of a secret place

Imagine a place that has been closed for 350 years but will open up tomorrow. In every city, there are places that go unnoticed. They are there physically, but they are not on our common mind map. There is such a place in Amsterdam. Itâ&#x20AC;&#x2122;s been kept so secret that they have built a wall to prevent people from looking inside. Itâ&#x20AC;&#x2122;s so closed off that the key to the main entrance gate has been lost.

Have you ever been to Hannekes Boom? When you were there, chilling with your beer, gazing across the water, you didn’t realise you were looking at 14 hectares of land that are currently cut off from the city. Do you know that old wall you always bike by on your way to work, close to Central Station? Ever wondered what happens behind it? It’s the Marineterrein, the Amsterdam Navy Yard, which has been strictly for naval use until now and will open to the public in six months, after 350 years of secrecy. I know what you’re thinking: it’s the Navy Yard, she’ll tell us a story about ships. But what we really want to tell you today is a story about a place with meaning.

You have to imagine that the area you see now was once all water. Yet it was the high technology of its time, it was the place where marine culture was transmitted, where the Dutch hegemony was created. The recipe was simple: a craving for the exotic and its riches, a perfectly functioning naval production machine, and a workforce to fuel it all. The Marineterrein is an enclave in the center of Amsterdam that was the backbone of Dutch dominance in the Golden Century. But today, although the area is still an enclave that evolves independently from the rest of the city, it has started to lose its function. As soon as this happened, architects and urban planners started to dream about the Marineterrein. Plans of the area where barely available, as a matter of fact the area was blurred on googlemaps until a few months ago. So of course architects could not experience the spatial qualities of the area as it was not accessible.

The reason for this is that Amsterdam needs time to rediscover and reclaim the site. We only went there once and in that short time we saw loads of interesting opportunities and qualities; so imagine if the site could be visited by many more people many more times: each trip you would discover new qualities, each time you would add value to the area.

Drawing from the insights we gained from a range of professionals in the fields of planning, architecture, ecology, cultural interventions and more, we thought about what might belong, or not belong, in this place. But after reviewing the challenges and opportunities of the site, what we realized was that it was the quality of the site, the very essence of it, that was special and deserving of attention as those who will actually be responsible for its future make their decisions.

The quality of the Navy Yard is that it is a space of contradictions.

We see in it a web of paradoxes, from our own experience of it being open yet closed, to each physical boundary and contrast, to its rich history based on functions of modernity and innovation. Our perception of the simultaneous openness and closedness of the site begins in its obscurity. It is a place which is both present yet invisible, directly in the city centre yet not on the mental map of the citizens. You can see straight onto it from across the water, no fences, yet if you were to try to enter you would find it behind a wall, a locked gate. It is like dazzle camouflage on a ship - designed in such a way as to confuse the viewer into believing it is neither accessible nor inaccessible, neither near nor far. This perceptual contradiction is manifested when visiting the site. The physical space itself is full of character expressed in

contradictions. When finally passing through the threshold, it is into an open and airy space. The feeling intensifies as you near the waterâ&#x20AC;&#x2122;s edge, opening out to an unhindered view of the city, water and sky.

Yet while looking out on this vista, you feel enclosed, protected almost, on manicured lawns strewn with abandoned buildings.

Throughout the space, silence and the scent of old trees pervades. There is, quite astonishingly, unique plant life to be found behind the locked wall, a green but carefully maintained wild environment. Meanwhile, the buildings, placed seemingly haphazardly throughout the space, are a medley of old and new, in use and out of use, locked and unlocked. It is a walled garden with only one wall. The boundaries of site are what separates it but also what connects it, as the water that surrounds most of it is both its moat and its medium for interacting with the city around it. The waterâ&#x20AC;&#x2122;s edge is defined sharply, but inside its amoebic cells float silently, awaiting their evolutionary potential.

Over time, the site has also been contradictory in its use. It has served a public function for a limited few. It has been a secure area for years, mostly hosting private functions for naval use, valued for its security and secrecy. This runs almost counter to its history of connectivity, a central hub creating and sending ships out to the ends of the world and the limits of human knowledge. Shipbuilding was the latest technology, the embodiment of innovation and craftsmanship. Then after hundreds of years of building ships, the water was filled in with land, and the marine element moved from the hands of the shipbuilders to the minds of the naval administration. And now, all of these incongruities will be open to the public. In a city that will inevitably close in on such central real estate, how do we prolong the integrity of this place’s identity while it transitions piecemeal, grows “organically,” into another island of Amsterdam?

How do we maintain the special contradictory quality of the space?

What will happen to the Navy Yard once it opens? In the coming years before it is transformed irreversibly, what should be done to survive the limelight? Will it need some help, some intervention, however gentle and fleeting, to let it move through this transition period? What would this intervention be? Should it take care of the way people cross the perimeter, conquer the ground and station themselves inside? How to capture the contradictions of this unique space and keep them, making sure that the paradoxical nature of the Navy Yard never gives way to ordinary, usual, unimaginative planning?

The main gate to the Navy Yard stood locked for so many years that no one remembers the name of the last person who held the key in his hands. It just became one of those secret doors in the city that you walk by, wonder whatâ&#x20AC;&#x2122;s behind it, want to open but just never happen to have the key. But what if you had? What if everyone got his own personal key to the Navy Yard? A key that would be linked to its story, so that opening the old rusty gate would become a very personal, intimate experience? Imagine this magic key. Maybe you would use it only once, or maybe it would last forever? Maybe only you would use it, or maybe it would work only when shared with someone? Maybe it would open the gate only when you are in front of it, or maybe it would work at a distance? Maybe the key would be real? Maybe virtual? Maybe it wouldnâ&#x20AC;&#x2122;t exist at all? Or, what about a scenario in which the Navy Yard would become an indispensable place in the city where nothing is missing?

[KEYS TO THE KINGDOM]

How to get people to experience the feeling of being in a space that is both open and closed, locked and unlocked? Can the Navy Yard be shaped in such a way that when you want to stay online for work or leisure, there is no better place to be? That just like the waves that surround it, the radio waves of connectivity are abundant, free, welcoming, making it a natural point to work, create, innovate and start your journey of exploration just like centuries ago?

At the same time it can provide exactly the opposite - having myriads of quiet spots, sanctuaries, acoustic bars, Faraday cages where no signal reaches you and no signal escapes from you, where phones become silent, where laptops cease to function, forcing you to look around, to look into yourself, to start a conversation with the person standing next to you and to share something that you never thought was missing, but might become indispensable. The Navy Yard revealed its rich history with each step taken. Here is the evacuation area. Over there, docking is restricted. Anchors, cannons, and sails scattered here and there. What stories can each of these artifacts tell us?

What if there is a residency space for archaeologists, historians, ecologists and other specialists to unearth, dissect and explore the area? Will these specialists fill in the black pages of history of this area? Will they finally be able to tell us how many species of birds make their home atop the centuries-old elm trees, or the material foundation that has enabled this manmade island to exist? Imagine further that these experts will curate interactive tours that introduce the story of the area underneath the surface: â&#x20AC;&#x153;As you look to the right, this helicopter pad just last year transported the first lady of China incognito... As you walk left, notice the naval flags atop the building where naval students learned to signal...â&#x20AC;? In time, the spatial qualities of the Navy Yard will be transformed, but the intervention will establish a continuous mind map for the visitors of today and of tomorrow.

So weâ&#x20AC;&#x2122;ve asked you to imagine a place that has been closed off for 350 years but will open upÂ tomorrow. A place that deserves respect for its rich and complex past.

It is not a blank canvas for developers to unfold their master plans. The qualities and location of the Navy Yard should be understood and reinforced through its conscientious design and use. Only then Amsterdam can seize this exclusive opportunity to add this exceptional place to its city centre. 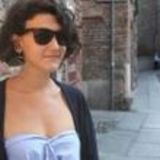 A story about a place with meaning: the Amsterdam Navy Yard, which will open to the public in January 2015 after 350 years of secrecy. This...

A story about a place with meaning: the Amsterdam Navy Yard, which will open to the public in January 2015 after 350 years of secrecy. This...