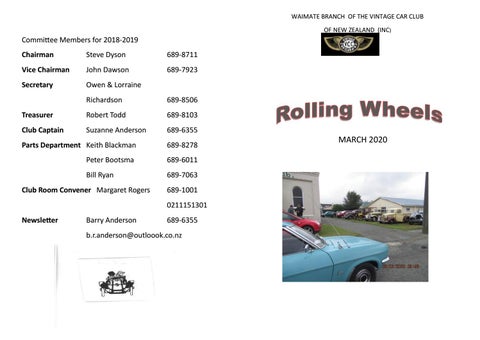 Chairman's Report HI EVERYONE ,Well another month down don’t know Where they go, must be something to do with getting older Well a bit quite this month, but three of us picked up the Two Austin maxis from John Bell, so they are safe and sound At the club rooms. Robert is going to do the change of ownerShip, so once that’s done they will be the clubs I have done a log book for the maxi with a few requirements For using the car (to be discussed at the next meeting) A big thanks for the good attendance last meeting Good to see you all please keep it up Welcome to our new members, Richard and Allison Terry And Owen Duthie and Sandra Thompson I hope you enjoy Our friendly little club. I hope everyone has read the News and Views (28th feb) On page 8 Ann’s Wallaby rally report: very well done On another happy note at our last meeting we had The late Keith Lange daughter Paula and granddaughter they were there to present the club with a memento of Keith to thank us and remind us of Keith THORGHT FOR THE MONTH IF THE KINDEST SOULS WERE REWARDED WITH LONG LIVES DOGS WOULD LIVE FOREVER

THANKS AGAIN FOR YOU HELP AND SUPPORT YOURS IN MOTORING

Car Manuals Re Aikman Motors Steve and Owen Not Standing for office next AGM Conditions For The Use of the Maxi: Must be members of the club, over 25, clean current drivers licence , After use to be topped up with fuel and cleaned, Local club events including South Canterbury, North Otago Ashburton Swap Meet Meeting Closed at 8.20

2 sites available 2and May Contact Robbie Wilson for details

Club Captains Report Already well into March, scary thought. Not a lot to report this month. Three Passes, Three Gorges run. Will be on the Sunday the 3rd of May weather permitting

INVITE TO ALL LOCAL ,South Canterbury, North Otago, Ashburton and further afield VCC club members to join us on the run.

Still working on the May and June events. If you have a suggestion for our mid year get together, it will be great to have an imput.

Incorporates gravel, tar sealed and other surfaces. Open to all Vehicles 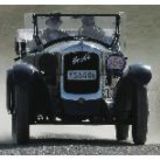