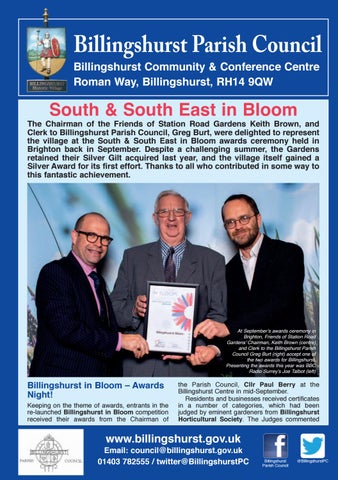 South & South East in Bloom The Chairman of the Friends of Station Road Gardens Keith Brown, and Clerk to Billingshurst Parish Council, Greg Burt, were delighted to represent the village at the South & South East in Bloom awards ceremony held in Brighton back in September. Despite a challenging summer, the Gardens retained their Silver Gilt acquired last year, and the village itself gained a Silver Award for its first effort. Thanks to all who contributed in some way to this fantastic achievement.

the Parish Council, Cllr Paul Berry at the Billingshurst Centre in mid-September. Residents and businesses received certificates in a number of categories, which had been judged by eminent gardeners from Billingshurst Horticultural Society. The Judges commented 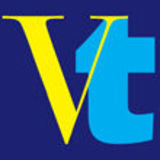