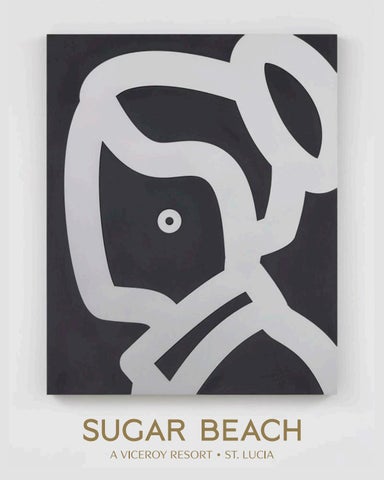 Moonwalk x 2 Andy Warhol Color Screenprint on Lennox Museum Board A set of 160 limited edition screen prints 96.5w x 96.5h cm Warhol’s Moonwalk prints are among the last works that the artist created before his death in February 1987. Intended as part of a portfolio entitled TV that would depict important images from the history of television in America and include subjects such as I Love Lucy, Martin Luther King Jr.’s “I Have a Dream” speech, and the Beatles’ first appearance on The Ed Sullivan Show, Moonwalk was the only composition from the series that was printed.

Holy Day (tuscany) Antoine Rose Photography : pigment ink Limited edition of 8 176w x 133h x 3d cm A self-taught photographer, born in Belgium in 1974. At the age of 8, he began to explore the workings of a camera. Toying with the viewers’ senses, the beach appears to have structure, as if each person, each parasol, and each towel has been purposefully positioned. By capturing ant-sized people in his photographs, he highlights the insignificance of man within the crippling vastness of the universe.

Deckchair in Pink Damien Hirst Screenprint on fabric and deck chair From an edition of 125 in pink 105.4w x 53.3h x 91.4d cm Damien Hirst is one of the leading members of the ‘Young British Artists’, an art group active in the 1990’s. Inspired by the Soul 2006 Print, the chair features a pink background with pink stitching with Blue Black butterflies randomly flying around enjoying themselves.

Mini Tudor Rose Ryan Callanan Mixed media, acrylic, glitter, diamond dust &amp; gold leaf Signed and edition by the artist on verso Limited edition of 8 50w x 50h x 6d cm Ryan’s work originally rose to fame through his involvement with the street art scene under the pseudonym RYCA. Through combining words and images from popular culture, with the materials and techniques traditionally associated with pub signs, he creates nostalgic, playful images that are both accessible and highly technically accomplished.

My Melody Tom Sachs Sculpture, Cast Bronze 305w x 204h x 152d cm Tom Sachs is an American contemporary sculptor known for his recreation of modern icons. His Bronze Collection features large white bronze casts of foam core sculptures - a style distinctive to the artist. These include My Melody, a fictional character produced by the Japanese company Sanrio in 1974.

Aladdin Sane (Clyde) Invader Hand-pulled 4 Color Screen print 48h x 52w in Invader is the pseudonym of a well-known French urban artist, born in 1969, whose work is modeled on the crude pixellation of 1970’s and 1980’s video games. He took his name from the 1978 arcade game Space Invaders.

Rabbit Jeff Koons Print 38w x 81h in In the 1970’s Koons started creating sculptures using inflatable toys, his Statuary Series. This resulted in 1986 on one of his most famous works Rabbit.

Other Side of the Wind Kai &amp; Sunny Acrylic on aluminium panel Framed in oak-stained black 113w x 153h cm Kai &amp; Sunny are a UK-based artist duo. Their work embraces the concept of change; flowing deconstructed landscapes are continuously moving, taking you from one place to another. Creating dynamic movement through line and color, shifts representing a driving action or force. This is a one-of-a kind piece.

New World Order Justine Smith 330gsm Somerset enhanced paper Edition of 60 78w x 79h cm London-based artist Justine Smith makes use of a subject that seems to fascinate us all: money. Through exciting techniques of paper-cutting, collage, print and sculpture, she creates artwork that centres around the beauty of the banknote, as well as the social and cultural meanings that it denotes.

At this time KAWS Afromosia Wood Sculpture 264h x 112w x 100d cm Professionally known as KAWS, Brian Donnelly is a New York-based artist. Not a stranger to creating oversized sculptures, he has produced sculptures of his Mickey Mouse based “Companion” character for exhibitions around the world.

Stiletto Michael Craig-Martin Powder-coated Steel Sculpture Michael Craig-Martin is a distinguished figure in the world of British conceptual art, concerned with the nature of representation and the role of the spectator. He explores this through the rendering of everyday objects in bold lines and bright colors, in media ranging from sculpture to painting to drawing.

Profiles x 12 Michael Craig-Martin Set of 12 screenprints on Somerset Satin (tube sized) 410gsm Paper 60w x 60h cm Craig-Martin is best known for using subjects drawn from ordinary life which he portrays using a mechanical line, without inflection or any sense of the artist’s own hand. He has developed a vast vocabulary of familiar images and, with what he calls his ‘universal language’, he uses ‘simple things to describe very complex ideas’ about form and purpose.

Negative Quasi Bricks x 3 Olafur Eliasson Mirrored stainless steel 38.5 x 48.5 x 40cm each A Danish-Icelandic artist known for sculptures and large-scale installation artworks that employ elemental materials such as light, water and earth. Art, for him, is a crucial means for turning thinking into doing in the world.

Shipboard Girl Roy Lichtenstein Lithograph on white wove paper 84w x 104h cm During the 1960s, along with Andy Warhol and Jasper Johns among others, Lichtenstein became a leading figure in the new art movement. His work was heavily influenced by both popular advertising and the comic book style. He described pop art as “not ‘American’ painting, but actually industrial painting.” 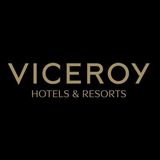