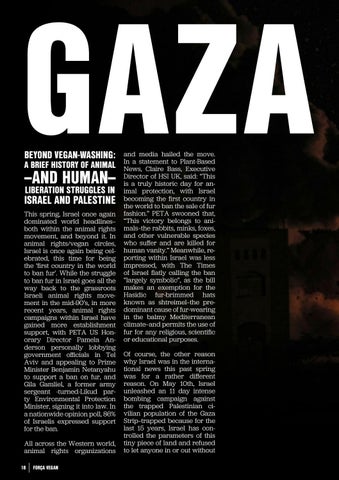 A BRIEF HISTORY OF ANIMAL

ISRAEL AND PALESTINE This spring, Israel once again dominated world headlines— both within the animal rights movement, and beyond it. In animal rights/vegan circles, Israel is once again being celebrated, this time for being the ‘first country in the world to ban fur’. While the struggle to ban fur in Israel goes all the way back to the grassroots Israeli animal rights movement in the mid-90’s, in more recent years, animal rights campaigns within Israel have gained more establishment support, with PETA US Honorary Director Pamela Anderson personally lobbying government officials in Tel Aviv and appealing to Prime Minister Benjamin Netanyahu to support a ban on fur, and Gila Gamliel, a former army sergeant -turned-Likud party Environmental Protection Minister, signing it into law. In a nationwide opinion poll, 86% of Israelis expressed support for the ban. All across the Western world, animal rights organizations 18

and media hailed the move. In a statement to Plant-Based News, Claire Bass, Executive Director of HSI UK, said: “This is a truly historic day for animal protection, with Israel becoming the first country in the world to ban the sale of fur fashion.” PETA swooned that, “This victory belongs to animals—the rabbits, minks, foxes, and other vulnerable species who suffer and are killed for human vanity.” Meanwhile, reporting within Israel was less impressed, with The Times of Israel flatly calling the ban “largely symbolic”, as the bill makes an exemption for the Hasidic fur-brimmed hats known as shtreimel—the predominant cause of fur-wearing in the balmy Mediterranean climate—and permits the use of fur for any religious, scientific or educational purposes.

Of course, the other reason why Israel was in the international news this past spring was for a rather different reason. On May 10th, Israel unleashed an 11 day intense bombing campaign against the trapped Palestinian civilian population of the Gaza Strip—trapped because for the last 15 years, Israel has controlled the parameters of this tiny piece of land and refused to let anyone in or out without

A warm welcome to our readers from across the globe as we bring you our second issue of Força Vegan Online Magazine, dedicated to animal rights activists and vegan outreach throughout the world. Issue 2 doesn’t disappoint, delivering frontline reports from Gaza from the extraordinary Plant The Land Team, plus in depths interviews with activist and healthcare professional Leila Dehghan, who also presents ‘Athletes, Food, Diversity’, and long term activist Alison Plaumer, recently making the global media headlines with Animal Rebellion. Simohamed Bouhakkaoui updates from Morocco, Maya Cohen – Ronen reports from Wellington New Zealand, Cina Ebrahimi describes first hand some of the recent protests in Seattle, Jenna Kamal brings us news from Dahar in Egypt, Nella Giatrakou features the upcoming Online AR summit in Kent, Roger Yates delves into the world of TikTok and we take time out to visit Tivai and the Vibrant Vegan Society of Ghana. > Continued on page 3 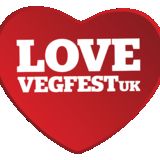 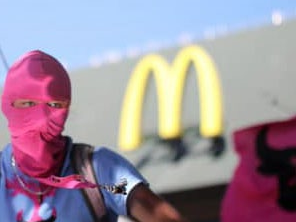 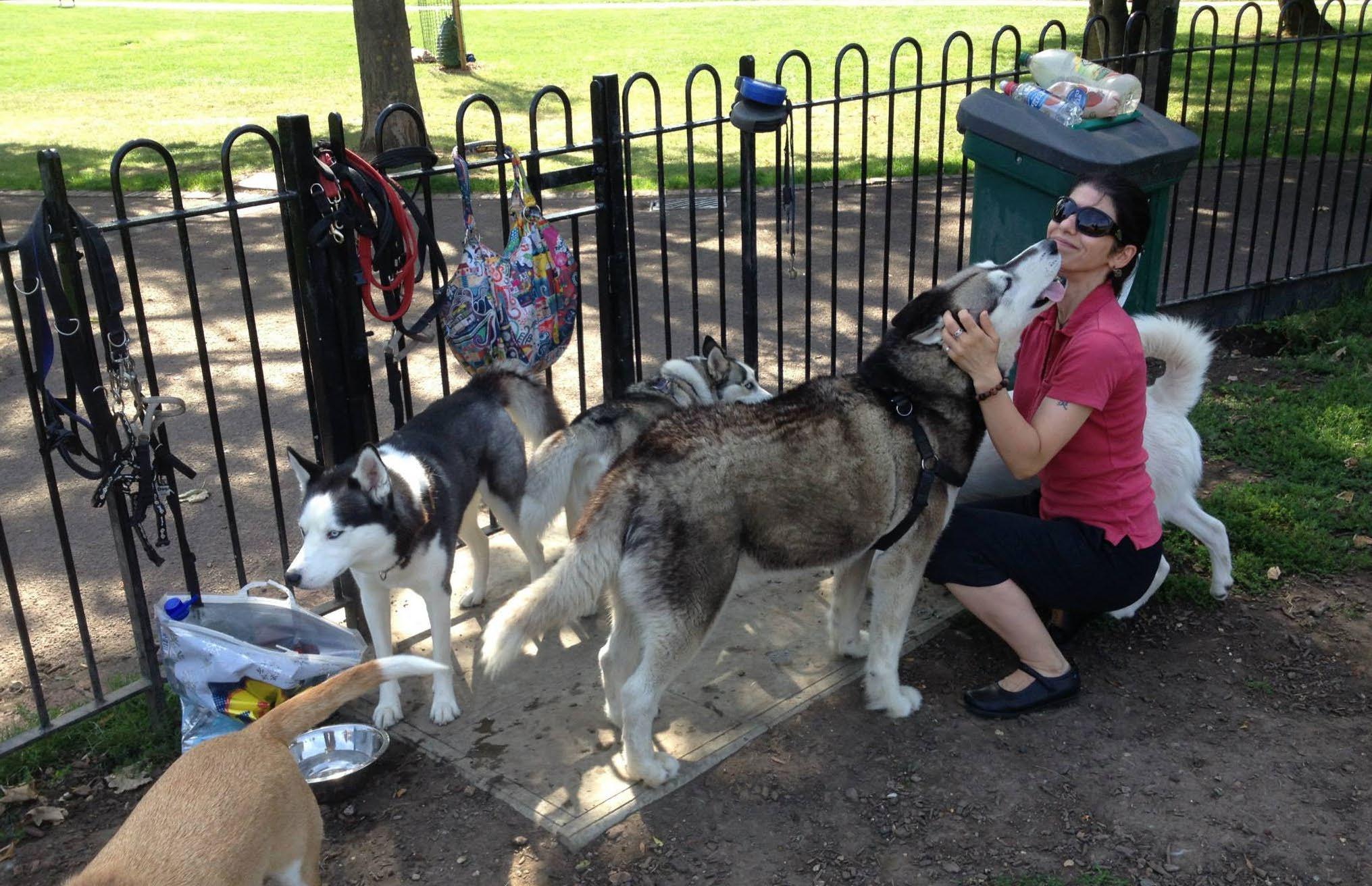 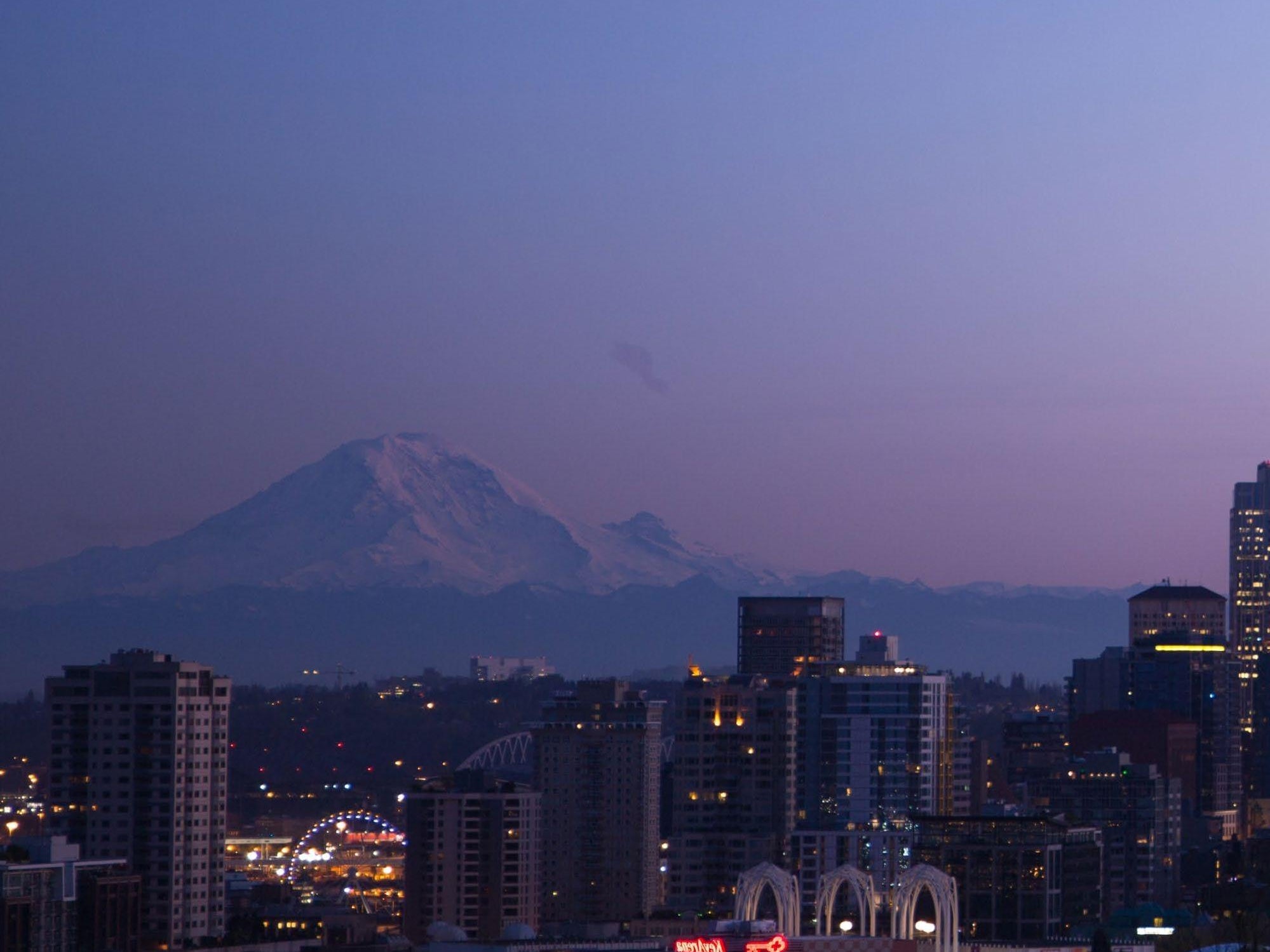 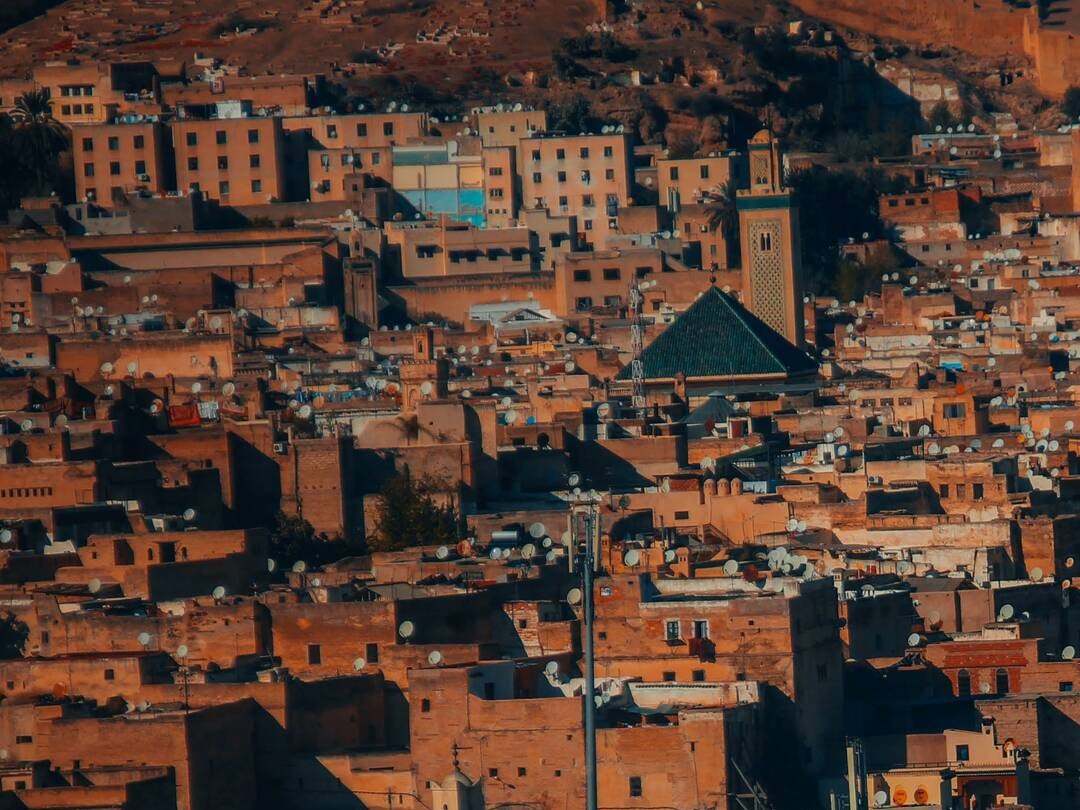 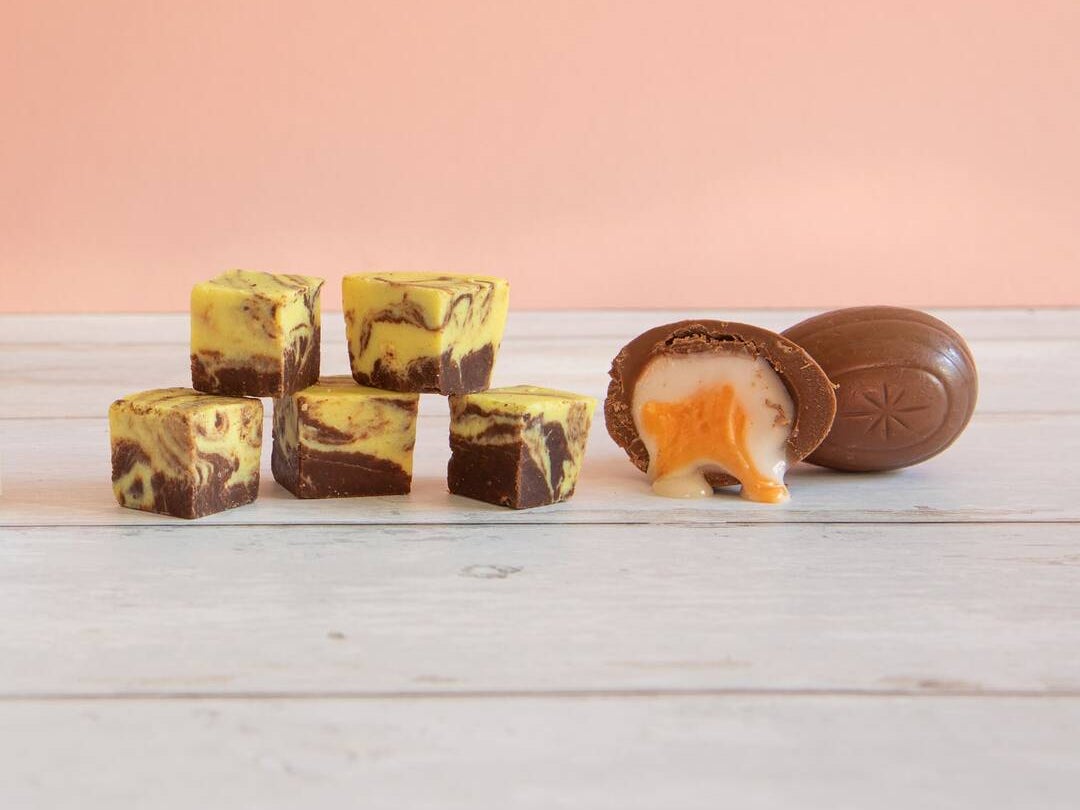 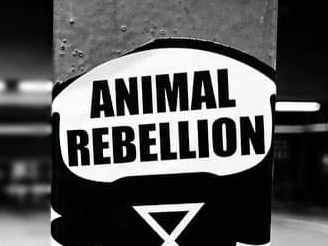 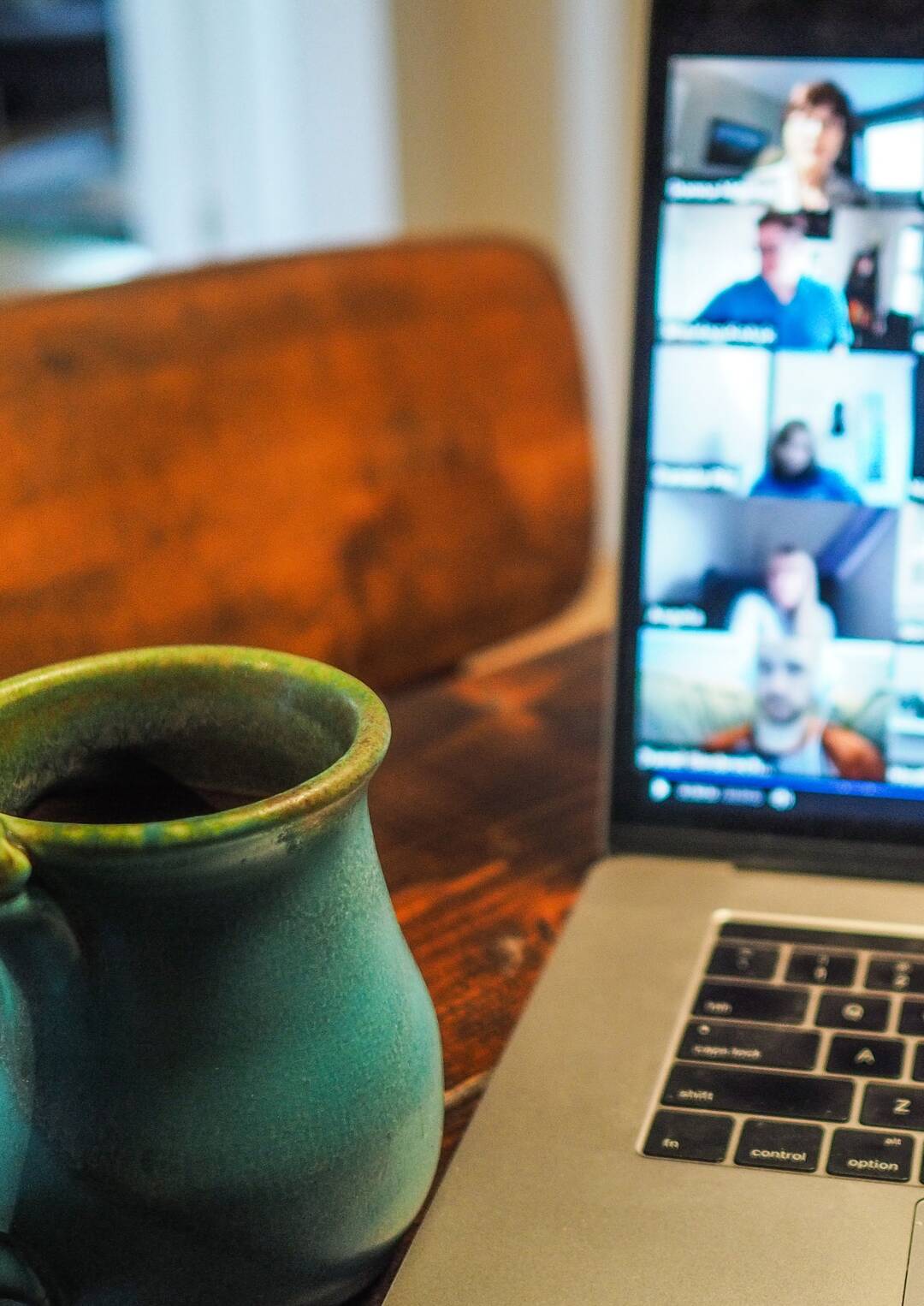 HOW FRUSTRATED ACTIVISTS EVOLVED OVER LOCKDOWN 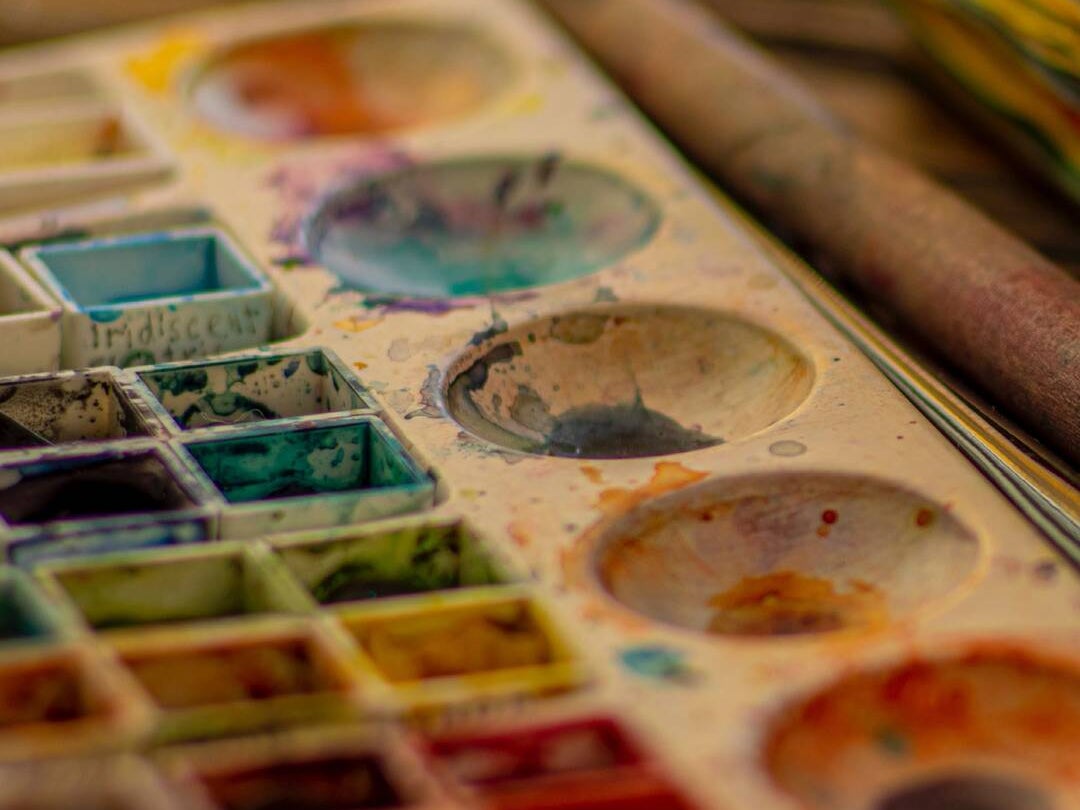 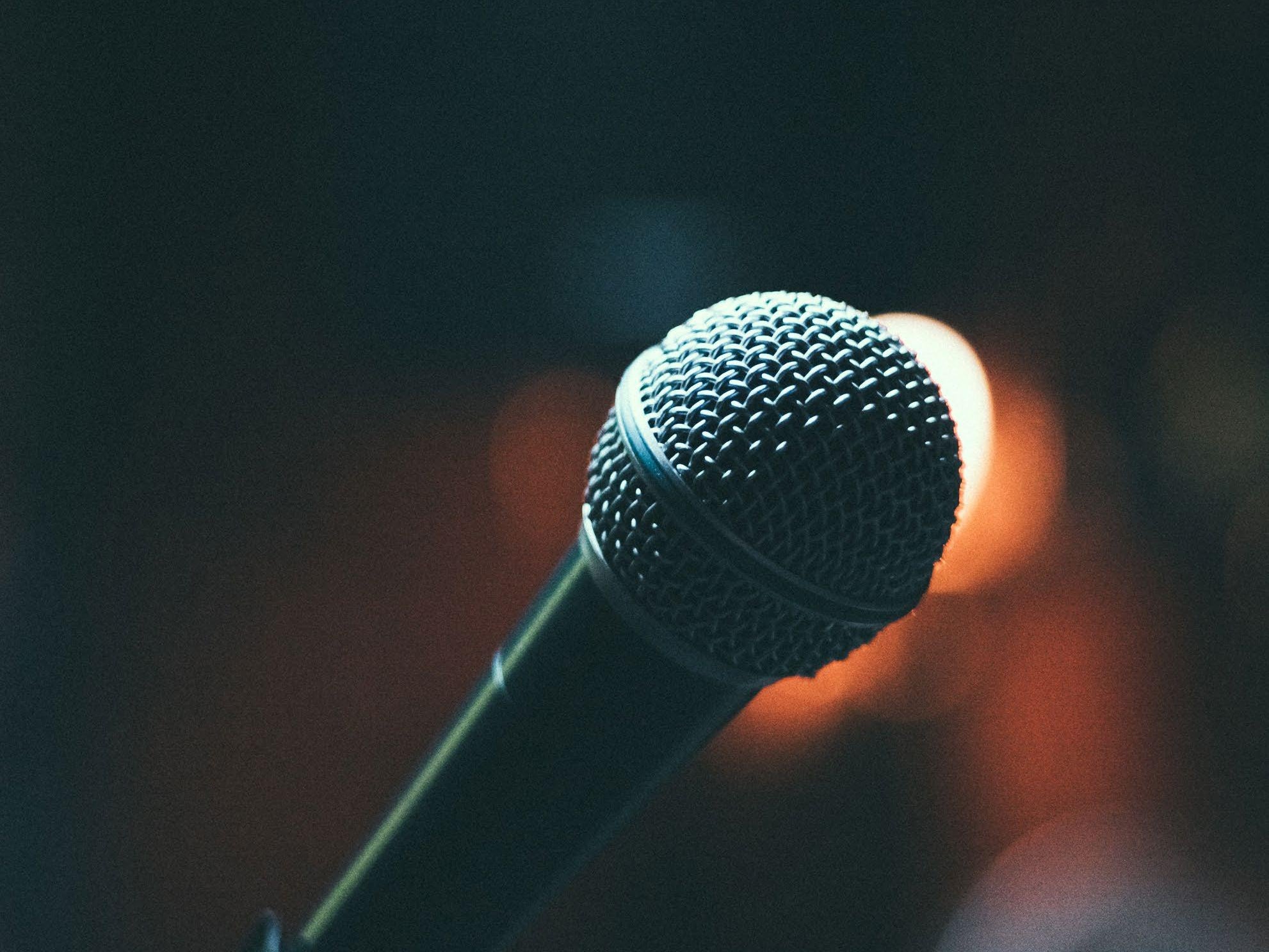 The Clock Is TikTokking: Using TikTok For Vegan Outreach 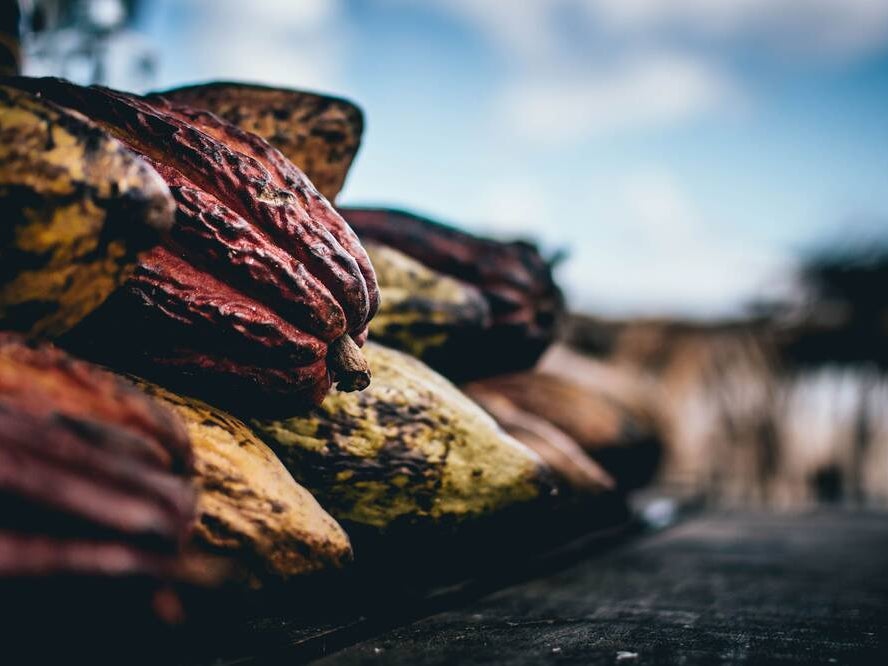 NO TO NESTLÉ: The Global Vegans Campaign Against Unethical Cocoa RAINFOREST ALLIANCE: Protecting Against Forced Labor and Other Forms of Modern Slavery 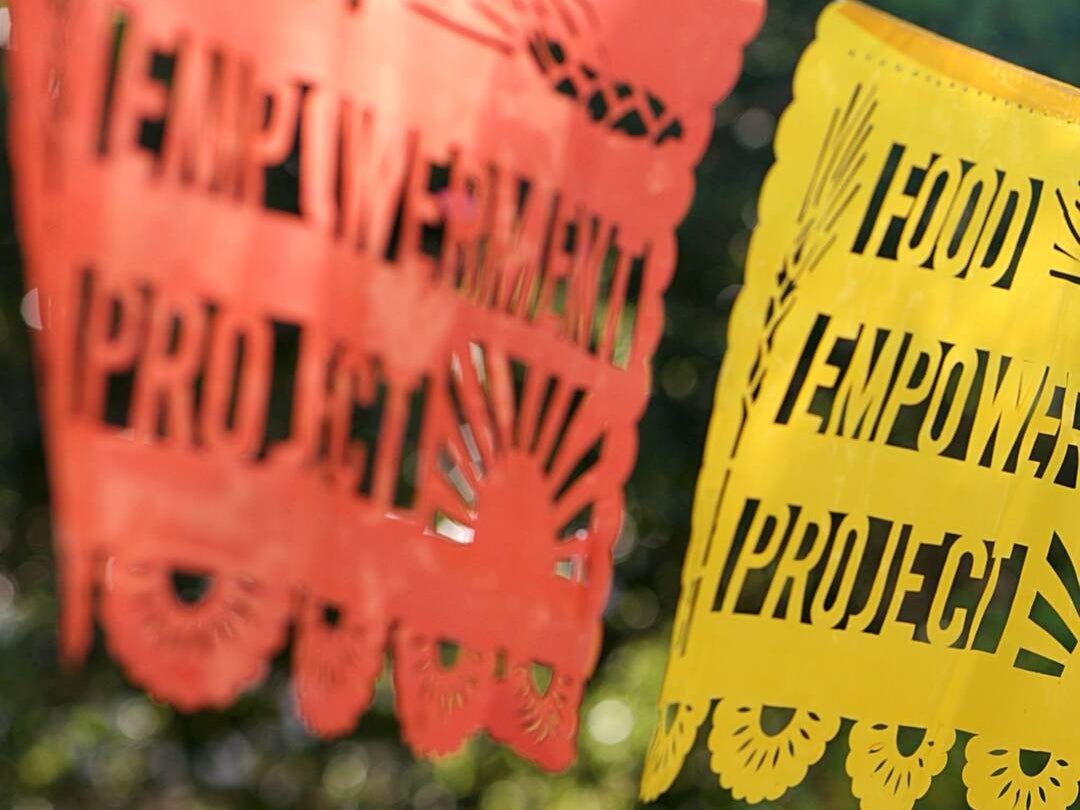 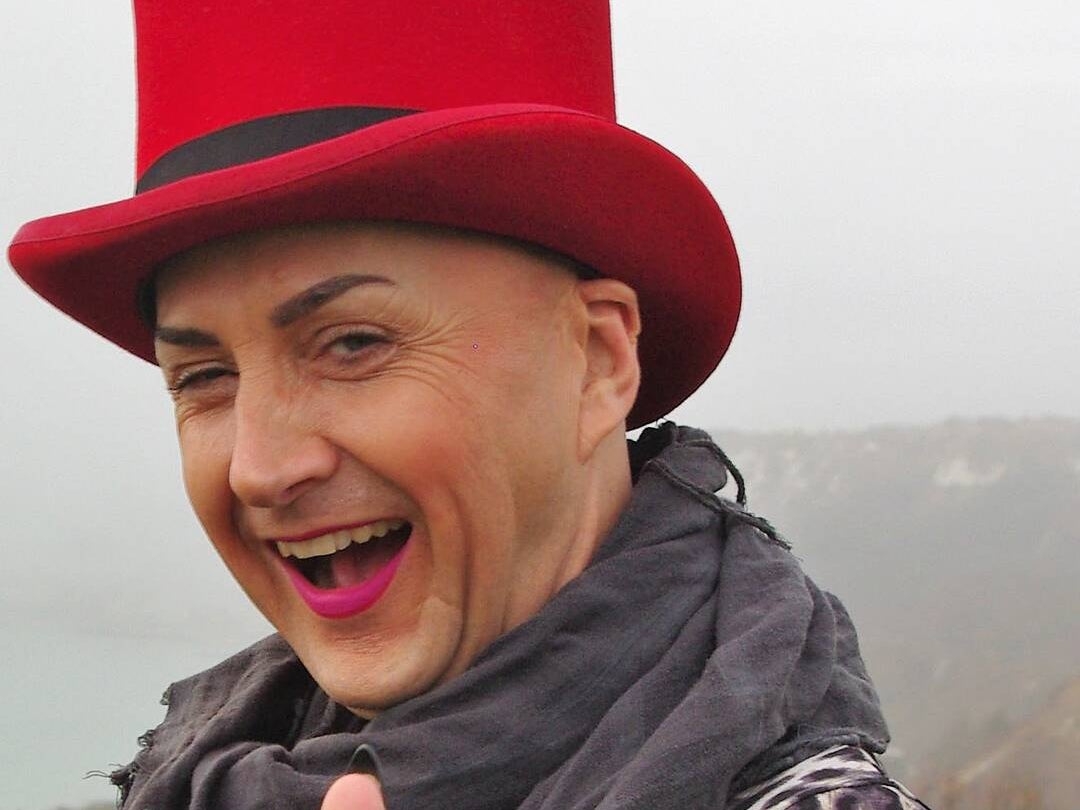 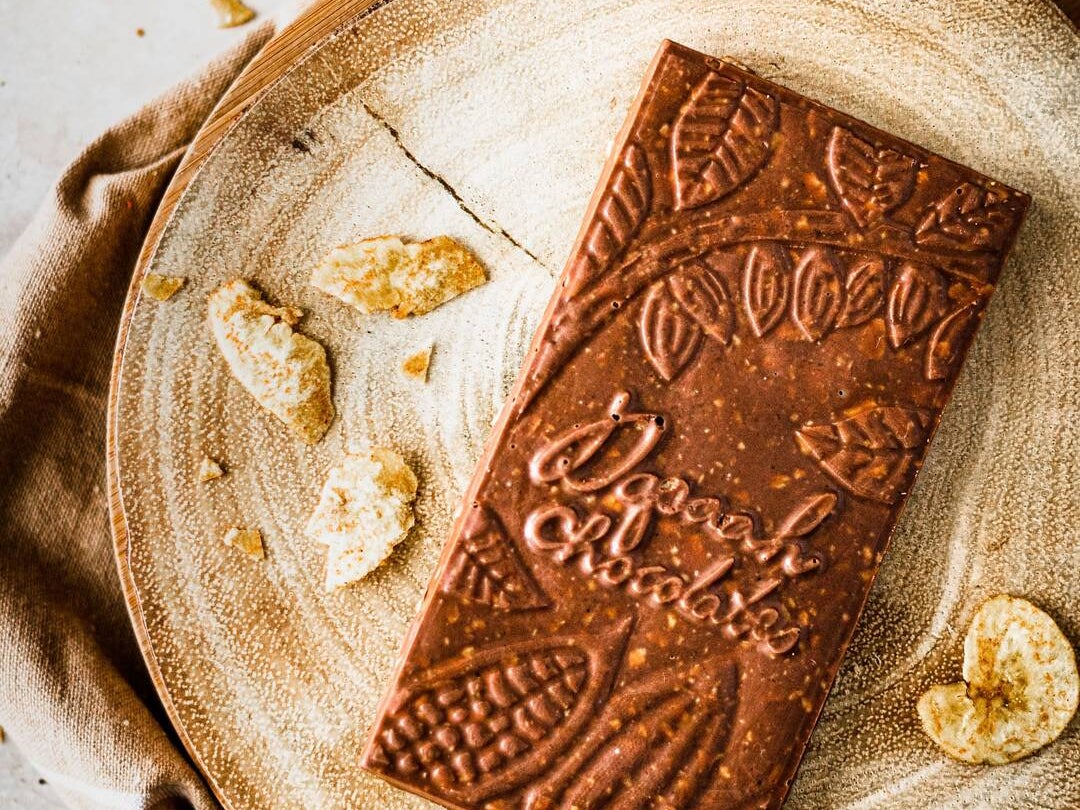 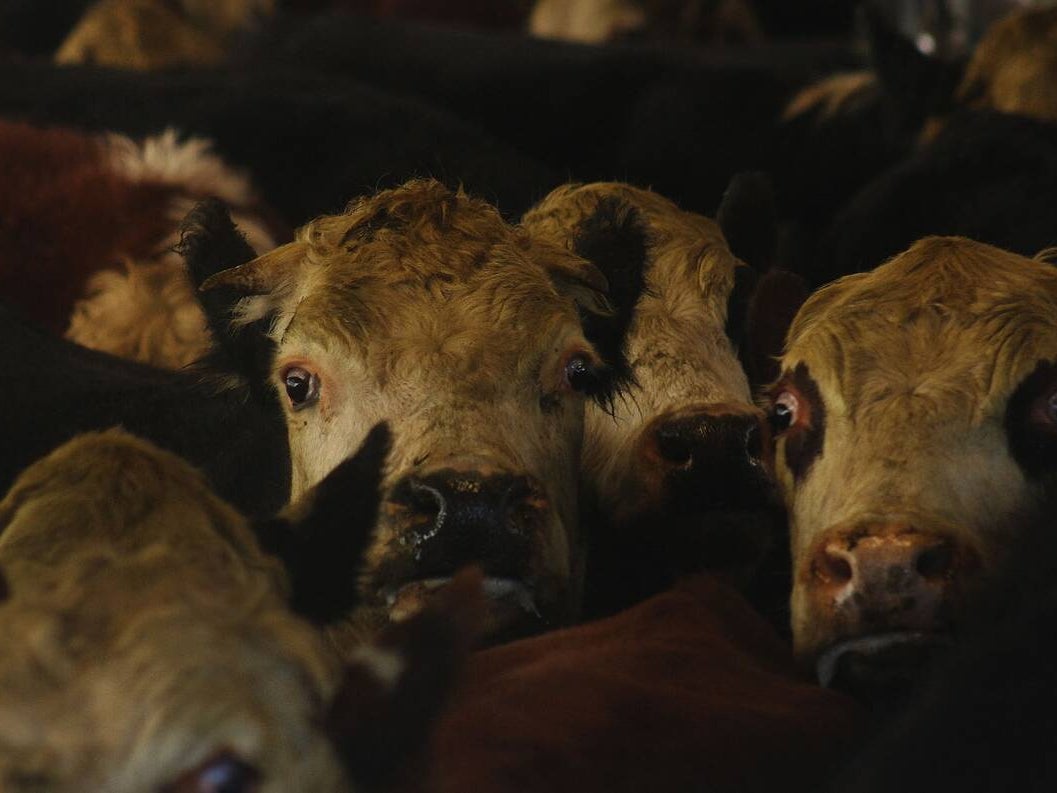 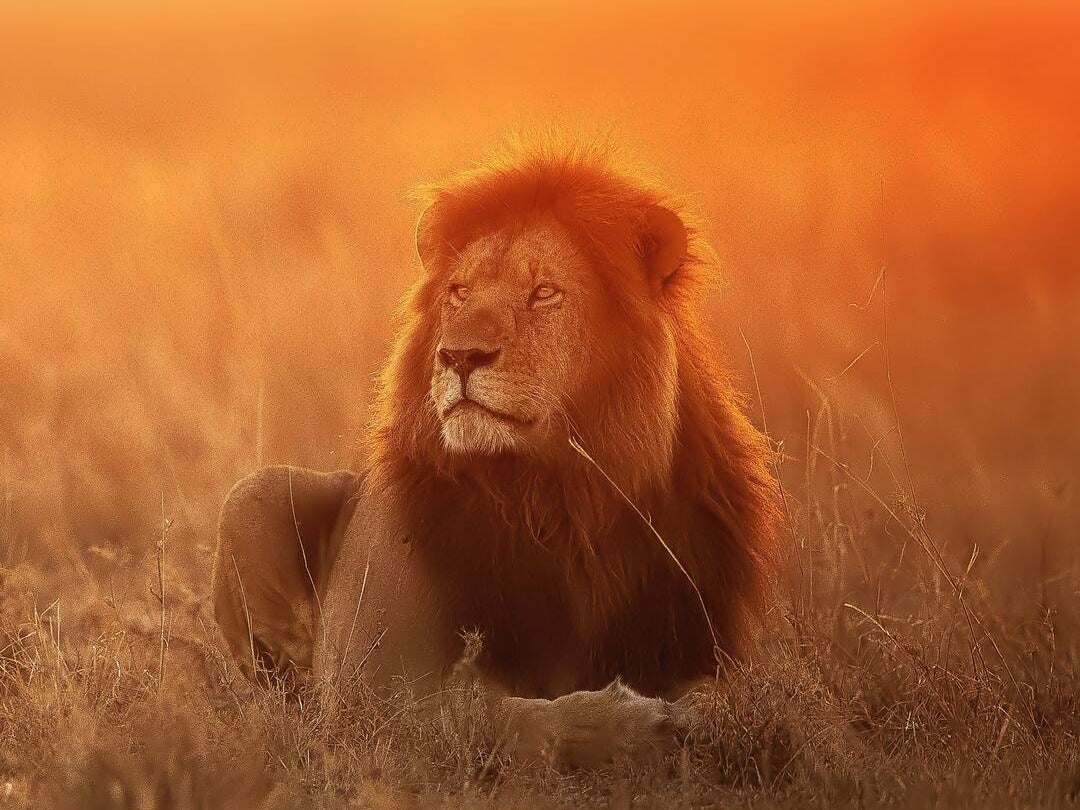 HOW TO ARGUE WITH VEGANS: A new book by Benny Malone 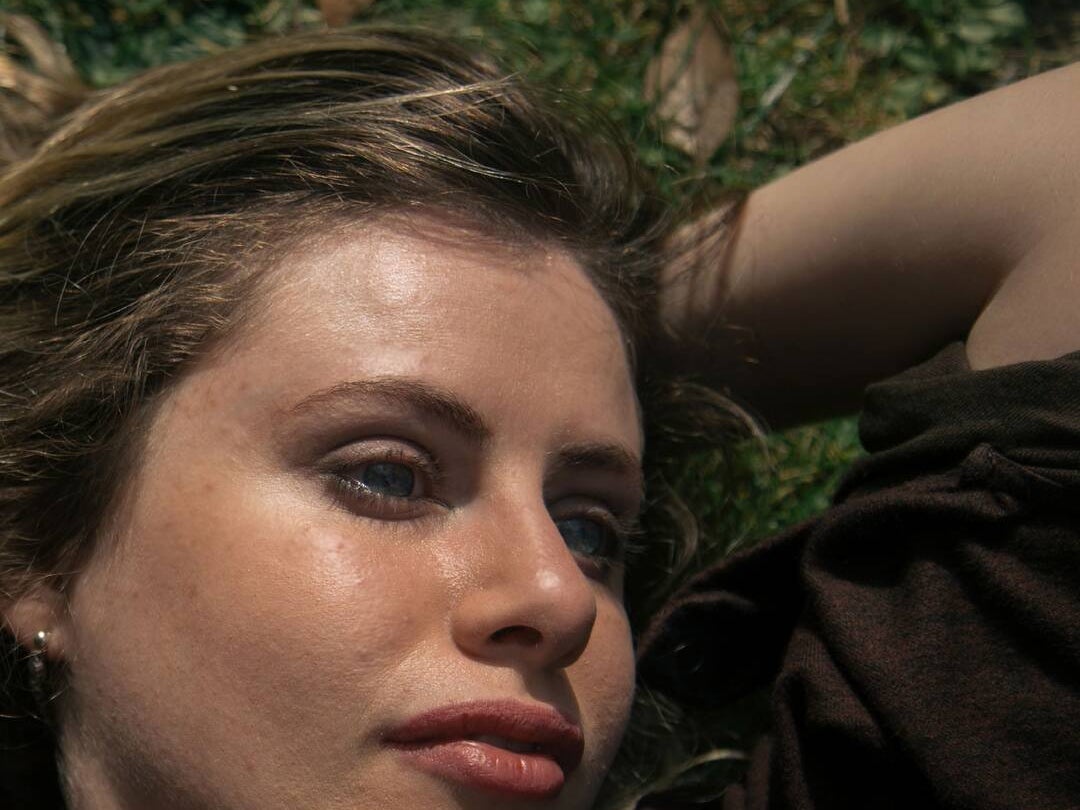 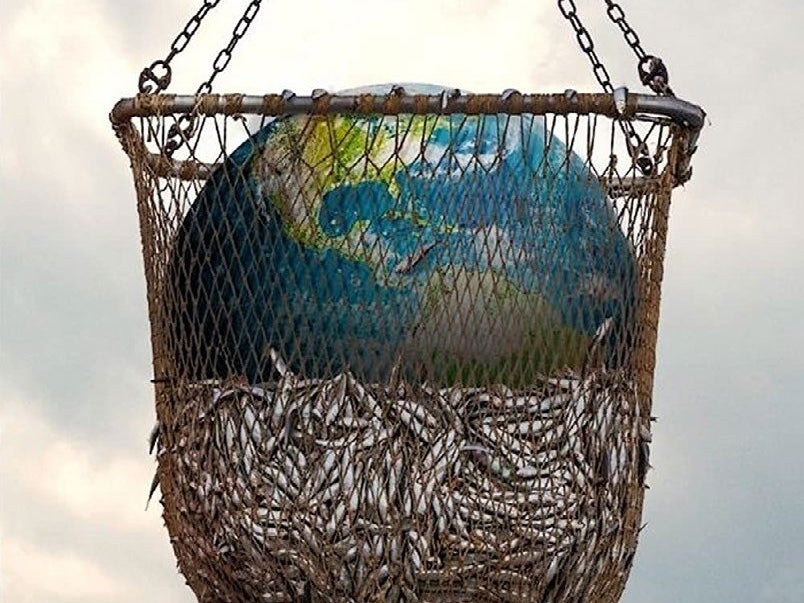 Seaspiracy and it's Legacy ...AND IF YOU KNOW YOUR HISTORY - PART 2: The Best Known of the Co-Founders of the Greatest Cause on Earth, Donald Watson