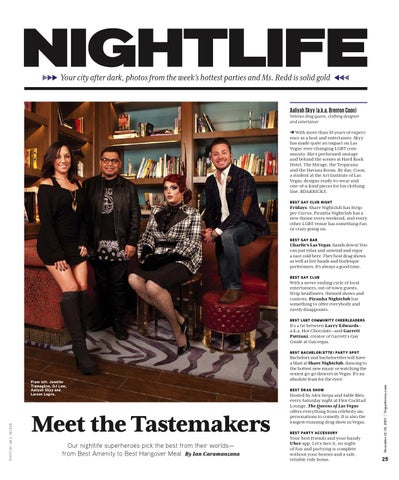 NIGHTLIFE Your city after dark, photos from the week’s hottest parties and Ms. Redd is solid gold

Veteran drag queen, clothing designer and entertainer ➜ With more than 10 years of experience as a host and entertainer, Skyy has made quite an impact on Las Vegas’ ever-changing LGBT community. She’s performed onstage and behind the scenes at Hard Rock Hotel, The Mirage, the Tropicana and the Havana Room. By day, Coon, a student at the Art Institute of Las Vegas, designs ready-to-wear and one-of-a-kind pieces for his clothing line, BDARRICKS. BEST GAY CLUB NIGHT

Fridays: Share Nightclub has Stripper Circus, Piranha Nightclub has a new theme every weekend, and every other LGBT venue has something fun or crazy going on. BEST GAY BAR

With a never-ending cycle of local entertainers, out-of-town guests, Strip headliners, themed shows and contests, Piranha Nightclub has something to offer everybody and rarely disappoints. BEST LGBT COMMUNITY CHEERLEADERS

Your best friends and your handy Uber app. Let’s face it, no night of fun and partying is complete without your besties and a safe, reliable ride home.

Hosted by Alex Serpa and Sable Bleu every Saturday night at Flex Cocktail Lounge, The Queens of Las Vegas offers everything from celebrity impersonations to comedy. It is also the longest-running drag show in Vegas.

Bachelors and bachelorettes will have a blast at Share Nightclub, dancing to the hottest new music or watching the sexiest go-go dancers in Vegas. It’s an absolute feast for the eyes! 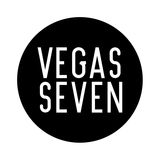 Nightlife’s Top Guns: When it comes to nightclubs in Las Vegas, these power players have the last word. Plus: Neil Moffitt addresses Hakkasa...

Nightlife’s Top Guns: When it comes to nightclubs in Las Vegas, these power players have the last word. Plus: Neil Moffitt addresses Hakkasa...