s members may know from our annual AGM reports, the membership of the Vegan Society has been slowly declining in recent times. We currently have around 3800 members, a fall of around 8.5% over the last five years. Although this is disappointing, this should be understood in the context of an average membership size of 2000 across the UK charity sector, and the fact that only 14% of UK charities have more than 1000 members.i Vegan Society membership has never been higher than a peak of around 4500 and The Vegetarian Society’s 2010 report shows a decline in membership income of 4.5% in one year, and the loss of 1400 members over the last 2 years.ii

But this general picture is no reason for complacency – the more members the Vegan Society has, the stronger our voice can be in lobbying on behalf of vegans with government, business and the media, and membership income provides a crucial support for all of our work. Equally importantly, we need to understand more about our members so that we can be confident that we are meeting your needs and serving the vegan community in the best way that we can. So, we have embarked on a programme of research to try to understand more about why our membership is declining, how we can try to stop and reverse that trend, and how we can work more effectively on your behalf. What we’ve done so far Over the past year, we have undertaken a rigorous analysis of our membership database (this includes all members, past and present). This revealed some interesting findings that suggest ways that we could be doing better to retain existing members and recruit new ones. So, what did we find out? The good news is that there is a high recruitment rate of new members. 16.5% of current members were in their first year of membership when we did the analysis. But, the less encouraging

news is that there is also a high turnover of members. Nearly a third of members never renew their membership. Over half of lapsed members leave within 2 years (i.e. renewing once or not at all), and three quarters leave within 4 years. About 59% of current and 64% of former members are females.iii This suggests that women are slightly more likely to cease being members than men. The average age of current members is 51, six years older than the average age for former members, although we only have data on the age of around half of the members in the database. This compares to the average age of 39 for the entire UK population.iv About 24% of current and 31% of former members paid a reduced rate membership for low income status (£14 for UK members, compared to the full rate of £21). We also found that members are slightly less likely to live in ‘deprived’v areas than the general population, with former members being more likely to live in more ‘deprived’ areas than current members. So there are particular challenges with our low income members, and this is one area our research will look at. One of the most encouraging things we found out was that Vegan Society members can be found all over the UK, and are not concentrated in particular areas of the country: we really are absolutely everywhere! Having said that, compared to the population as a whole, there are a lower proportion of members in Scotland and Northern Ireland compared to England and Wales. Members are slightly more likely to live in rural areas than the general population, which contradicts the stereotype of vegans only living in towns and cities and not understanding the ‘reality’ of country life. Next steps For all of us, these findings raise lots of interesting issues and some important challenges for the Vegan Society. We can’t deal with all of them at once, but we are making a start. One of the first things we need to do is fill in some of the

gaps in what we know about you, our members, such as information on ethnicity and income, and more accurate information on gender and age. We also need to gather more information about your veganism and your views about our work, in order to inform and improve what the Society does. So, the next stage of our research programme is to conduct a survey with you, our current members. You should find a questionnaire and a reply paid envelope enclosed in this issue of the magazine. The survey is also available online, and it would help us to reduce our costs if you are able to complete the online version instead (there is no need to fill them both in!) Follow this link for the online survey: http://www.surveymonkey.com/s/FW57N W2 We’ve included a few questions in the survey which also help us to meet our commitment to Equal Opportunities and Diversity, but please rest assured that you are not asked to give your name and your answers will be anonymous, in accordance with the Data Protection Act (1998). As a thank-you for taking part, we are offering you the chance to win a top prize of £100, or four runner-up prizes of £25 – just write your email address or telephone number in the space provided on the survey. Please complete and return your questionnaire by 31st March 2011 to be included in the prize draw. Winners will be drawn at random and notified in April 2011. After we have had time to collate and analyse the results, a full report on the survey is scheduled to be published in the Autumn 2011 issue of The Vegan. i Charity Commission (2004) Membership Report, p.6. The report estimates that there are 80,000 charities in the UK with a membership structure. ii Vegetarian Society, The (2010) Annual Report and Financial Statement, p.10 iii Gender figures were estimated from analysing member’s titles (Mr Mrs etc.) and first names in the database. This is one area where the new survey will help us be more accurate. iv Office for National Statistics (2009) ‘Population estimates’, http://www.statistics.gov.uk/cci/nugget.asp?ID=6 accessed 8th February 2010. v We worked this out using data that measures levels of ‘deprivation’ in England and Wales from the Office of National Statistics.

The magazine of The Vegan Society 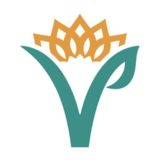