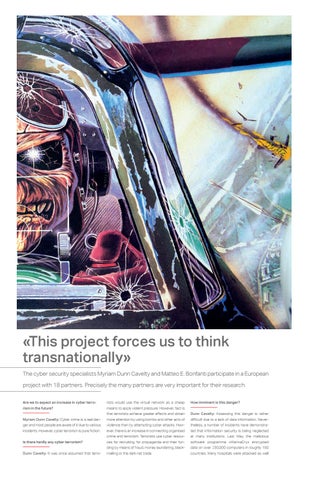 «This project forces us to think transnationally» The cyber security specialists Myriam Dunn Cavelty and Matteo E. Bonfanti participate in a European project with 18 partners. Precisely the many partners are very important for their research. Are we to expect an increase in cyber terro-

rists would use the virtual network as a cheap

rism in the future?

means to apply violent pressure. However, fact is

How imminent is this danger?

Dunn Cavelty: Assessing this danger is rather

more attention by using bombs and other acts of

difficult due to a lack of data information. Never-

ger and most people are aware of it due to various

violence than by attempting cyber attacks. How-

theless, a number of incidents have demonstra-

ever, there is an increase in connecting organised

ted that information security is being neglected

at many institutions. Last May, the malicious

ces for recruiting, for propaganda and their fun-

countries. Many hospitals were attacked as well

Is there hardly any cyber terrorism? Dunn Cavelty: It was once assumed that terro- 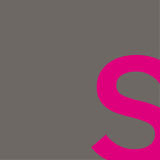