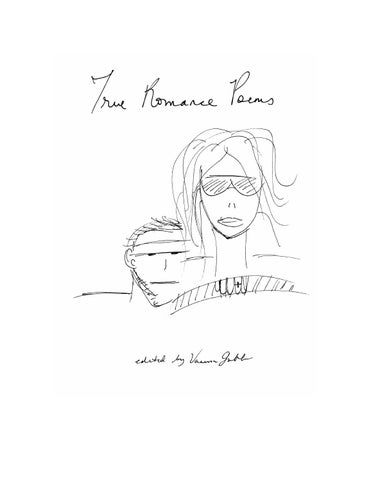 press obit said about drexal spivey/my nigga if he got no bigga/and from the looks of things, he won’t/man, me and him been

tricky dick was in the white house and angela davis’ wanted posters was our favorite centerfold/back when we thought the revolution would come/any day now damn,

around the way/other side of the tracks for real, above a pool hall called linwood’s, not far from highland park/that pale-faced boy had no choice but to fight or run/and baby, where we come from, one ever ran for long welcome to the detroit, where my homie drex earned his ghetto

spivey might’ve been skinny, but he knew how to thump/beat the shit outta some bully who we all called heart attack welcome to the d., where motown was long gone and the only songs we heard were gun shots in the night or spivey’s mom moanin’

outta a sly stone song or maybe a iceberg slim story or, that superfly movie we saw together in ‘73 at the fox theater/same night that rival crew jumped us over on woodward avenue and smashed a beer bottle in spivey’s left eye, sliced his face like it was a piece of pie/drex was bleedin’ bad, but you should’ve seen the other guy

but, time don’t be standin’ still, it be flyin’/been a million

bastard/now I’m staring into his casket/it’s all good, just part of the game/heard he had gone on to great fame, ghetto supastar till the end/never left the hood, but that white nigga had everythin’ from a diddled-eyed joe to damned if I know

Three Kung-Fu Movies (A True Romance Triptych) 1. It begins when the house lights come down, the red of me— the ravenous teeth evolving from the jungle of my animal eyes to stalk the hallowed, to prey, to live within our vestigial religion. Now come here, my dear, my pretty pink leopard print bruise. I love the blue of you, the whorl of primal primary colors I taste painted across the white-trash canvas of my tongue each time I try to swallow the galaxy of your iris in each of your transient glances.

2. It begins with three words, each a piece of shattered glass held between my timid teeth, a glint of ache on my tongue. By that, I mean: a decision. You’re so cool. I’m tense as an unanswered phone call ringing inside the frame of a ghost story. I can’t be any more clear: I am a torpor. You, an ardor, the ghost of bricks strung up around my neck. That is to say— I feel you most within my chest when you aren’t against my chest. 3.

It begins with a fire of feathers crashing to the ground in waves of white, cold as a blanket of stars when their awful sparkle sputters like a candle guttering in the moment a wind erupts from itself. This is good. Itâ&#x20AC;&#x2122;s easier to track fresh wounds to their blushing end in the snow. But it goes the other way, too. Meaning: We can find our way back, given the snowfall is of apposite depth and we have been traveling alone. Weâ&#x20AC;&#x2122;ll put our feet inside the footsteps of our making all the way back home.

You’re So Cool in the spine this

of a ground down jaw in the

they take my picture it’s on the internet “you’re

with smog cleft to my collar

short of the whole marimba in my

I’d part the sea for a pint

of wet cement to mend a theater

I’ve got pie on shirt too

pie in my gun to bandage

pressure a horn into place along the ear

It’s Over   We’re lost to each other now,   let go to a sea of holiday parties   neither will know the address or night of;   though we’ll attend, alone or with another,   heels clicking, scuffing up towards a front door,   the other mind and miles away;   neither will know, or what conversation   we’ll laugh along with, around twelve,   champagne in hand.

Stay True Legends, fresh-true hot lovers, all cool and so yes like Elvis, all tough like Priscilla in heels. Bloody lips and hearts fat and full, loyal young-lungs choking on life and smoke. Sweetheart, tits wet with sweat, hearing about the end, what will be, watch them heave surreal. Stick it in daddy. No more Mr. Nice Guy, who looks all ridiculous. Face red, for pain of memory corkscrew twisted, keeping the world spinning for the hot drunks in the valley with a passion for sickness. Hot-rod convertible, burn rubber, spit madness. Cancun sounds like a movie because no one sees the beach, that cut-glass water, after a romance in blood, after riches turn to powder and a whoreâ&#x20AC;&#x2122;s most dear plans fall to truth in red lipstick and blonde giggles. A fire set, a beat-â&#x20AC;&#x2DC;em-up shotgun and scream, baby. Diamonds and gold sunglasses, finger well-wet around a trigger on the most celebrated White Boy Day. A Mississippi memory, rock and roll, and everything else from a diddled-eyed Joe to a damned if I know. A man forever, because scum gets washed away and heroes walk away. Stay true. Light eyes/legs/feet all in love with freedom, pieces in specks in bits of dust that fly in the face of

Porsche pumping monsters with their own problems, always less than the ones sick on success. Can’t remember the end. All never remembering. Drive on, white lines on black-top, from Dee-troit, deep desert and Hollywood, baby, to where, from where, the bodies are buried, all rotting or ashes, back where Pop gave up nothing but giving a fuck and kissed his boy’s wife hard because goddamn son, he said, she’s a fucking peach. Fathers and sons can be like that. Everything out there is lost in a confusion of the who, circled by drugs, liquor, sex, and youth. Kids love different. Now, adults so-called, know what this should be, see where arms can’t hold themselves because they’re too busy holding another. Goddamn if that doesn’t mean fear, living on the run, killing, fighting, fucking, screaming; if it isn’t all that, it is less than true, it can float on as a lie. Elvis Aaron Presley once said that truth is like the sun; you can shut it out for a time but it ain’t goin’ away. Take it all, lovers hit the road and pull that trigger to survive, burn so damn hot, until there’s a flash and the world becomes a little darker, bullets stop singing and drop, while hearts empty into sticky pools that turn all black on the floor. Sunsets were meant to be ridden into, they exist as an exit, a wrought-gold end to be chased before the world goes black.

There’s a chance for the kids, always some hope to keep. That's the way it goes. But every once in awhile, it goes the other way too.

to secure  our  future

gotten everyone  killed  for  our  folly

reshuffled power  with  just  our  charisma

and the  wisdom  of  our

when the  kids  are  fledged

when it’s  Detroit  in  our  dreams

when rain  blots  the  beach

when the  money  is  a  memory

when all  our  old  injuries

tunnel up  through  our  skin

Underground Love If hell moves on a hot August night of black flames, red wind, gravity increasing as we go deeper, it will be only a New York subway ride under the earth – windows shut tight, cool bridges remembered, the heat squeezing through tunnels faster than lovers’ blood, compressors thumping in time with summer kisses.

edited and art inspired by movie art by vanessa gabb 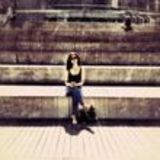