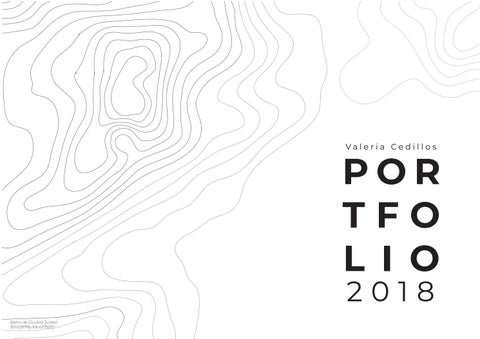 In the year 2050 the population of Ouagadougou will have over 40,000 new inhabitants, giving the new generation of architects the responsibility to take action in an ethical, social, and architectural form. Being African today is a hybrid identity, which is constantly diversified by daily factors and issues happening continent-wide. We have to tak a leap into their future and embrace strangers and strangeness, with the cultural, historical, and aesthetic sensitivity of Afropolitanism. Imagine a tree, and the life around it. In the heartwood you can see the rings of its life, how they grow radially and earn a relationship between different kinds of life. The rings represent the time that has passed by, and all the experiences that this living being has seen throughout its existence; the rings grow together and become one strong, firm and powerful element. Outside, the majestic crown of the tree becomes a shelter, address, a vital element of life, and s ymbol of coexistence. This is where our masterplan is born. We plant the seed and observe the growth of this primitive belonging. Urban growth starts from a core, and continues through several rings that expand in a radial, organic way. The rings provide housing and semi-public spaces for inhabitants, while the cores act as a public natural space. The centers enhance life by providing spaces for agriculture, and become the node for communities, animals, and natural life.

Winter Semester 2017 Technische Universität München Chair of Urban Planning and Housing Profs. Bruno Krucker and Stephen Bates Assistant tutor: Claudia Dull-Buchecker Collaboration: Alexandra Frias, Ran Runkang Located in the heart of Munich, Rosenheimer Platz is one of the biggest housing sectors of the city, due to its amazing location, multiple public spaces, and harmonic neighborhoods. In the recent years it has caught the attention of real estate, and young people since it has become a trendy area in the city. The problem is, not only in this region but in the whole city, that there is no longer free space to build in. So, why not reuse the abandoned space found in the coutryard block buildings? The project consists in three particular buildings for housing, leaving aside the ground floor for public space. The ground floors are designed for co-working spaces, multiple-use rooms, and workshops for the local community. The space between buildings is left as a public space where not only residents but also citizens can use as a route. These spaces are also vital elements which join the existing buildings with the new ones. Each building has 8 “town houses”, which consist of rotating spaces in three different levels. The spaces are oriented considering the privacy and natural lighting needed. The links between buildings are used for vertical circulation and access for the housing units. The hybrid buildings adapt to the urban setting through subtle but modern facades and volumes.

London is a leading global city in art, commerce, music, entertainment, media, tourism, research and development. It is a cultural capital and one of the most visited cities of the world, and located in the heart of the city is Hyde Park. This park is a place for everyone, locals and tourists, and provides in its area vast recreational spaces. CRONE, was born after a broad research of the site and its users. The dynamic spaces of the project where designed to create a maximum experience between the project and the users. The projectâ&#x20AC;&#x2122;s design evolved from elements like the cityâ&#x20AC;&#x2122;s history, technology, and creativity. The design is guided by the conviction of respecting the existing natural environment, creating a balance between knowledge and culture through entertainment and innovation. The project is adapted to the actual global society, by implementing new advances in technology in each space. The building is made up of different spaces which explore creativity and technology like laboratories, libraries, theatres, workshops, and galleries. All these spaces come together through a tubular skeleton which is not only the main structure, but also works as a rainwater collection system.

During a 5-day workshop, we got to study the case of Tochimilco, one of the towns in the state of Puebla which had strong damages after the earthquakes in 2018. It is a small town with amazing phenomena occurring in every street. The vital element of the area is water, which can be found besides almost every street having the main role in the memory of residents.

The proposal starts by creating a route which follows the water into the three sites. The route begins in the Town Square, which will be revitalized as center point for events, meetings, and politics acting as the townâ&#x20AC;&#x2122;s identity. The route continues on the second phase which is a local Marketplace with small agriculture fields, where both locals and tourists can enjoy the local produce increasing the local economy and interaction. The route ends after walking up a hill through a lookout which explores the local natural landscape, and the seasonal vegetation in the local Church. The space between the Lookout and the Church is meant to create a sense of peace and reflection, through the noise created by water due to the downfall of the hill. Once on top of the hill, the landscape views allow users the full experience and memory of the town, its landscape, culture, and people.

Intervention A: Revitalization of Town Square

NTES TA I B hA

Prof. Maria Elena Amescua Collaboration: Vania Montano, Andrea Barrios San Andres Cholula has had a rapid growth of population. This has produced an accelerated real estate speculation, leading to multiple housing variations. One of the largest issues of this housing crisis is that there are not enough public spaces built, or planned to be build in the municipality. Local communities considered public spaces the vast empty spaces of land which have large amounts of vegetation, and use the for recreative activities. Cholulan, a project designed by the people, for the people, reaches out to the local new or existing neighborhoods by creating a circuit which unites three abandoned existing sites. The circuit gives priority to both pedestrians and cyclists, to make it easier and more accesible to travel from site to site without the use of car. Besides the circuit, the proposal for each site is: A - Local Marketplace: A space where users can either buy produce or enjoy the local gastronomy. B - Park: Public space designed not only for interactive activities, but also for users who search relax time in green open spaces. C - Sports Center: Located next to a school, this space provides infraestructure for excercise and recreative activities for children and adults.

A - Local Marketplace: A space where users can either buy produce or enjoy the local gastronomy. B - Park: Public space designed not only for interactive activities, but also for users who search relax time in green open spaces. C - Sports Center: Located next to a school, this space provides infraestructure for excercise and recreative activities for children and adults.

Sportivo Chipilo Sports Center Autumn Semester 2016 UDLAP Professor: Dr. Eng. Melissa Schumacher Collaboration: Regina Baranda Chipilo is a small town in the outskirts of Puebla founded by italians. Entire generations have grown up in the town, but with the cityâ&#x20AC;&#x2122;s urban sprawl, it is now necessary to provide suitable infraestructure for the upcoming population. Sportivo Sports Center consists on basketball, volleyball,and football courts which surround the center point which is a baseball field with a small stadium. The spaces in between are intervined with small ramps for skaters and users.

The goal of this project is to achieve housing for over 350 people, both employees and their families. There are two types of housing units: single-apartments or houses. There will be 7 towers with 24 flats each for single users. Besides the towers, there is 45 two-story houses, with a roofgarden. The urban development comes together by rings, in which the towers are located, which manage the circulation of cars, pedestrians, and cyclists. The project is thought as a model which can then be amplified and multiplied on a larger scale.

Autumn Semester 2015 UDLAP Prof. Jose Luis Caramillo Collaboration: Andrea Barrios, Vania Montano The construction of the new Audi plant in San Jose Chiapa created a high demand for housing due to the amount of jobs it is creating. The existing town is small, and has not yet been plan to accommodate the upcoming population.

The pavillion is designed to create a maximun experience where all of the senses are activated to the highest. Each wing is divided in two, having a total of four different exhibition rooms. The route interferes with the sidewalk as an open invitation for users. The volume respects that natural environment, not taking away existing trees and adapting its form to the site.

What do we mean by limit?

What social connotation expresses the limit in architecture?

Where does one end and the other begin?

Just as life itself, the city through architecture, sometimes gives us small samples of magic; blurring symbolic boundaries which are independent of the physical limits already established in it. The current city has also been transformed in such a way that its neighborhoods end up being interpolated through interesting margins, which are constantly adapting to the new dynamics of life. The proposal intends to re-conceive the notion of the limit of cities, through a floating architecture with simple strategies, which fosters ludic and reflective spaces; is inclusive and promotes a sense of belonging; helps rethink the idea of the limit with the help of vertical elements and the use of the collective unconsciousness that noise naturally generates; and finally serve as a point of connection, and paradoxically, disconnection to urban chaos experienced daily by users in Mexico City.

Current situations and phenomena worldwide become the same formal, operative and functional criteria. Our job is to decipher and transform these situations in architecture.

Amplitude/Scale/Proportion/Hybrid distribution between forms and spaces

Collage type adaptation of 23 cities around the world. In spite of them coming from diﬀerent cultures and city beginnings, during this era of accelerated formal and informal urban expansion we can be ﬁnd certain urban similarities between them. Representing this urban sprawl in a type of "Megalopolis" where it is easier to ﬁnd similarities between the modern urban settings, than diﬀerences.

Any project can be presented in detail upon request 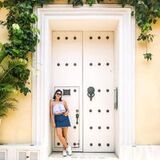