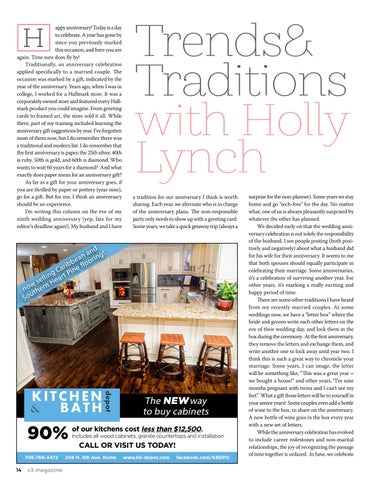 appy anniversary! Today is a day to celebrate. A year has gone by since you previously marked this occasion, and here you are again. Time sure does fly by! Traditionally, an anniversary celebration applied specifically to a married couple. The occasion was marked by a gift, indicated by the year of the anniversary. Years ago, when I was in college, I worked for a Hallmark store. It was a corporately owned store and featured every Hallmark product you could imagine. From greeting cards to framed art, the store sold it all. While there, part of my training included learning the anniversary gift suggestions by year. I’ve forgotten most of them now, but I do remember there was a traditional and modern list. I do remember that the first anniversary is paper, the 25th silver, 40th is ruby, 50th is gold, and 60th is diamond. Who wants to wait 60 years for a diamond? And what exactly does paper mean for an anniversary gift? As far as a gift for your anniversary goes, if you are thrilled by paper or pottery (year nine), go for a gift. But for me, I think an anniversary should be an experience. I'm writing this column on the eve of my ninth wedding anniversary (yep, late for my editor’s deadline again!). My husband and I have

Trends& Traditions with Holly Lynch a tradition for our anniversary I think is worth sharing. Each year, we alternate who is in charge of the anniversary plans. The non-responsible party only needs to show up with a greeting card. Some years, we take a quick getaway trip (always a

The NEW way to buy cabinets

of our kitchens cost less than $12,500. Includes all wood cabinets, granite countertops and installation

CALL OR VISIT US TODAY!

surprise for the non-planner). Some years we stay home and go "tech-free" for the day. No matter what, one of us is always pleasantly surprised by whatever the other has planned. We decided early on that the wedding anniversary celebration is not solely the responsibility of the husband. I see people posting (both positively and negatively) about what a husband did for his wife for their anniversary. It seems to me that both spouses should equally participate in celebrating their marriage. Some anniversaries, it’s a celebration of surviving another year. For other years, it’s marking a really exciting and happy period of time. There are some other traditions I have heard from my recently married couples. At some weddings now, we have a “letter box” where the bride and groom write each other letters on the eve of their wedding day, and lock them in the box during the ceremony. At the first anniversary, they remove the letters and exchange them, and write another one to lock away until year two. I think this is such a great way to chronicle your marriage. Some years, I can image, the letter will be something like, “This was a great year – we bought a house!” and other years, “I’m nine months pregnant with twins and I can’t see my feet”. What a gift those letters will be to yourself in your senior years! Some couples even add a bottle of wine to the box, to share on the anniversary. A new bottle of wine goes in the box every year with a new set of letters. While the anniversary celebration has evolved to include career milestones and non-marital relationships, the joy of recognizing the passage of time together is unfazed. In June, we celebrate 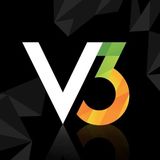