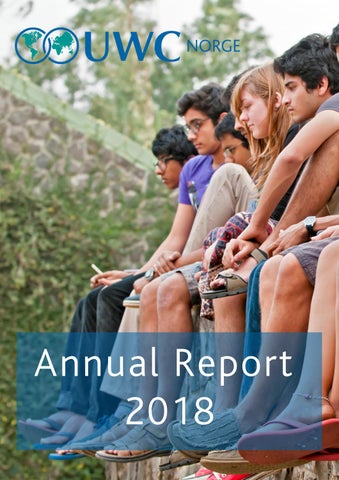 UWCÂ makes education a force to unite people, nations and cultures for peace and a sustainable future. UWC Mission Statement

Aims UWC Norge is a professional organization with a healthy economy. UWC Norge is a well-known player in the field of education policy, and collaborates with relevant organisations and schools. UWC is a possibility for everyone regardless of their financial background. The costs for students should be low and predictable, and there should be good opportunities for need-based scholarships. The applicants and students should represent the diversity of the population. UWC Norway should annually have 400 applicants and a total of 100 National Committee students, with a minimum of 2 students per school. UWC Norway should annually send students to UWC Short Courses. UWC Norway should be important in the lives of our students and alumni, and we should have an overview of how they contribute to society. 75 per cent of the members should pay annual membership fees. UWC Norway helps to fundraise for scholarships for UWC students from outside of Norway.

Ambition: Becoming the leading National Committee in the World It has been very inspiring to chair the Norwegian National Committee the past four years. Working alongside many dedicated and talented volunteer UWC alumni is a real privilege! I want to take this opportunity to thank everyone for the many volunteer hours dedicated to build and develop the UWC movement.

In 2018 we continued the good cooperation with our governmental partner Diku. I am proud that we are able to send 40 students each year on scholarships provided by the Norwegian government. This is a great contribution to our mission of deliberate diversity at the UWCs.

We have also worked extensively to implement the new international UWC strategy in Norway, and have on a basis of that created our own strategy. We aim to become the leading National Committee in the world, meaning that we want to inspire and support others. We are also proud to have started fundraising for a scholarship to the the Survivors of Conflict Programme run by UWC Red Cross Nordic. Our aim is to engage alumni to contribute and reconnect with the UWC experience and old friends. You are all welcome to join in!

About UWC Norway Founded in 1962, United World Colleges (UWC) offers a challenging and transformative educational experience to a diverse cross section of students, inspiring them to create a more peaceful and sustainable future. There are currently 17 colleges around the world, out of which one is in Norway: UWC Red Cross Nordic is located in Fjaler in the country Sogn og Fjordane. Students are selected by UWC National Committees or selection contacts in over 150 countries. UWC Norway is a member organization consisting of all former and current UWC students and teachers from Norway, run by volunteers. It is also the Norwegian National Committee, responsible for recruiting and selecting students from Norway. UWC Norway cooperates with the Norwegian Agency for International Cooperation and Quality Enhancement in Higher Education (Diku), that manages the Norwegian governmentâ&#x20AC;&#x2122;s financial contribution to UWC Norway. Diku is a directorate reporting to the Norwegian Ministry of Education and Research.

UWC Norway has voluntary regional representatives in Bergen, Trondheim and Tromsø. They are responsible for hosting local events for students and alumni, as well as assisting in marketing through hosting information meetings. UWC Norway has an office in Oslo, where a Director of Administration is employed full time.

The Best Kept Secret no more Each year, 40 Norwegian students are offered a place at a UWC. The Norwegian government is supporting UWC, and provides partial scholarships to all students selected by the National Committee. The selection of new UWC students is one of the most important tasks for UWC Norway.

UWCâ&#x20AC;&#x2122;ers love talking about UWC, and what greater audience than potential applicants and their parents!

But before they can apply, the students must know about the movement. UWC Norway spreads the word through a variety of channels, and strives to ensure that the applicants represent the diversity in the Norwegian society, especially in terms of gender, place of residence, socio-economic status, and ethnic and cultural background.

Students from UWC Red Cross Nordic go on annual tours to 3 Norwegian counties to talk about UWC at schools and for the general public.

In 2018, we were present at education fairs and organised information meetings in BodĂ¸, Sarpsborg, Harstad, Kristiansand, Arendal, Moss, TromsĂ¸, Halden, Sogndal and Oslo.

Over the last years, then ratio of boys versus girls has been around 1-5 to 2-5.

Selection process The Norwegian Agency for International Cooperation and Quality Enhancement in Higher Education (Diku) organizes the nomination process of Norwegian students in cooperation with UWC Norway. The application deadline was January 25, 2018.

In the following weeks, the nomination committee read all applicants and invited 70 applicants for interviews in Oslo. After the interviews, UWC Norway nominated 41 students to 15 UWC schools. It is thereafter the schoolsâ&#x20AC;&#x2122; prerogative to make the final offer to the students. 7

Norwegian students at UWC Norwegian UWCâ&#x20AC;&#x2122;ers around the world The UWC movement consist of 17 schools on four continents. Normally, UWC Norway send 40 students a year. In 2018, we were offered a Shelby Davis Dare to Dream Scholarship to UWC Thailand, so we sent a total of 41 students in the year 2018-20. Currently, UWC Norway has 81 students spread among 15 schools. We do not currently have students at UWC South East Asia and UWC ISAK Japan. It is also possible to gain entry at a UWC school if you are not from the National Committee system.

In 2018, UWC International launched a new programme, called the Global Selections Programme (GSP). This programme is especially fitted those not living in their country of nationality. Moreover, each National Committee can after selections register remaining qualified candidates on an international Clearing List, and the schools can decide to offer places directly to students on the Clearing List. In 2018,Norwegian students on the Clearing List were offered entry at UWC Red Cross Nordic, UWC-USA and UWC Li Po Chun.

Supporting the Norwegian UWC students UWC Norway has two elected Student Contacts that are part of the nomination committee.Â These two alumni are there to help out with any issues or concerns that students or parents should have during the two years at UWC. 8

Being a student at UWC Excerpts from students' blog posts

Building a community Introduction weekend Every year , UWC Norway welcomes the new students to the movement, and prepares them for what is to come, at an introduction weekend outside of Oslo. The new students learn about the movement, discuss mental health and academic challenges, workshop how to communicate the UWC experience, and get a crash course in culture crashes. Most importantly, they meet each other and their second-years for the first time, and get much less sleep than the volunteer organisers would prefer.

Introduction for parents Each year, UWC Norway organises a meeting for the parents of the new students, where they can meet each other, get their questions answered, and listen to the experiences of former students and parents.

Goodbye to the schools - welcome to the movement When the two years are over, UWC Norway invites the recent graduates to meet each other once again, and share their experiences with each other and with the National Committee. This is not only a great opportunity to debrief and reconnect, but also to give feedback to UWC Norway and help us support future students. After the debrief, the students are welcomed into the alumni movement through a graduation ceremony held at our annual summer party in Oslo. Alumni, parents and friends of the UWC are welcome at the summer party.

This year, we celebrated the graduation of the class of 2018 with a speech by renowned author and RCN alumna Mette Karlsvik.

UWC Day UWC Norway celebrates UWC Day by showcasing the knowledge and skills of our alumni. In Oslo, five alumni made presentations on their topics of expertise, ranging from the philosophy of blame and forgiveness to the current research on the state of democracy.

Regional Meet-ups The Regional Contacts in Bergen, TromsĂ¸ and Trondheim arrange regular UWC meet-ups. This photo is from the celebration of UWC-Day in Bergen.

Annual Newsletter Every year we issue a news magazine with the latest updates from the UWC movement. This is a good opportunity to catch up with what's new and pay the membership fee. With the help of volunteers we packed and sent out 1400 newsletters!

Christmas Party One of the long-standing traditions in UWC Norway is the Christmas Party. We invite UWC alumni and friends to a pot luck dinner at the Nordic Association's beautiful house in Oslo.

International cooperation UWC is a large international movement and both colleges and National Committees meet regularly to share experiences, discuss the development of the movement and how to learn from each other and improve relations.

Fundraising for Survivors of Conflict UWC Norway has decided to fundraise for projects in the UWC movement. In 2018, we started fundraising for a scholarship to the Survivors of Conflict programme at UWC Red Cross Nordic. Survivors of Conflict is a unique programme that support students with physical injuries as a result of war and conflict, who need special facilitation and rehabilitation. The programme aims to give the students the tools they need to acquire further studies and eventually return to their home country as resourceful and active members of society. The fundraising campaign will go on until the summer of 2019 with the aim of raising enough funds to cover the first year at UWC, including 16

pocket money and travel expenses. The total cost if this is NOK 300 000. Since September 2018 Norwegian UWC alumni and friends contributed with more than 50 000 NOK. Together with the support of philanthropist Shelby Davis' match fund, we have raised 100 000 NOK. 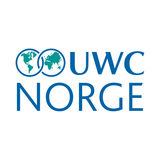