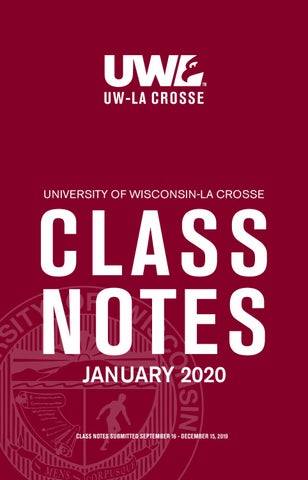 Mary (Fiebig) Panke, Harrison, Idaho, still enjoys the relaxed pace of retirement in the beauty of Lake Coeur d’Alene, Idaho. She tried the “snowbird” approach (winters in Sun City Grand, Arizona), but prefers the four-season opportunities of the mountains — tennis year ’round, skiing in the winter, hiking whenever, wherever. “I’m grateful to my UWL PE education for teaching me the enjoyment and value of an active lifestyle,” she says.

Norm Flynn, ’64 & ’66, was recently presented with a Lifetime Achievement Award by the Wisconsin Realtors 2

Association, honoring 50 years of leadership and service to the real estate profession. He served as president of the Madison Board of Realtors in 1977, the Wisconsin Realtors Association in 1983, and the National Association of Realtors in 1990. In 2003, Flynn was elected to the hall of leaders by the Council of Real Estate Brokerage Managers and was named one of the “Twenty Five Most Influential People in Real Estate” by the National Association of Realtors. As chairman and CEO of the International Real Property Foundation, Flynn spent the last 25 years working in the former Soviet Union, Africa, India, and other developing countries to develop a real estate industry that adheres to professional standards and a code of ethics in emerging markets. At UWL, Flynn was president of the Newman Club for two years (1964-66). In 1990, he was awarded the Maurice O. Graff Distinguished Alumni Award. He resides in

Madison with his wife, Susan, ’63, and is president of Norman D. Flynn Associates.

Dick Luther, Pewaukee, has taught physical education for 32 years at Milwaukee Public Schools, Spencer School District and Waukesha Public Schools. Luther coached basketball on the college level at UW-Whitewater, UW-Waukesha and Wisconsin Lutheran College. In his six years at UW-W, he helped the Warhawks achieve a 133-42 record and an NCAA III championship in 2002. At UWWaukesha, Luther assisted the Cougars with two WJCAA state titles, in 2002 and 2007. This season, Luther began his 54th year

as an assistant with UW-W. With 648 career wins, he has been inducted into three separate halls: UWWaukesha Hall of Fame (2007), Waukesha South High School Blackshirts Wall of Fame (2014) and the Wisconsin Basketball Coaches Association Hall of Fame (2016). Luther developed Action Basketball Camps in 1979. The camps have attracted 25,500 boys and girls. He has hosted and spoke at coaches’ clinics throughout the Midwest. His “Get on Target” motivational program has been presented throughout Wisconsin. His “Leadership and Toughness” programs are geared toward high school students and his OneTeam Basketball programs are designed to help coaches and players on all levels. In 1990, he created “Help the Homeless,” which has raised nearly $100,000 since. Luther and his wife, Kay, have a daughter Robyn, a son Rod and wife Cassey and eight grandchildren. “I have been blessed

and honored to coach and teach the game of basketball for all of these years,” he says. “I am excited to share to my OneTeam and Get on Target programs to many.”

Margaret Ewert, La Crosse, is in her 50th year of teaching art in La Crosse area schools. She has taught 31 years full-time, with 19 more subbing and during summer school enrichment classes. Ewert recently established an endowment fund in the UWL Art Department in her and her son’s name, Joe Rakha, to help all art students in the future forever.

Glenn Mueller, Naples, Florida, will be inducted into the USBC Wisconsin State Bowling Hall of Fame in Madison in January 2020. Mueller is already in UWL Athletics’ Wall of Fame.

25 years and the Logan girls’ track and field team for 36 years.

Tom Kammer, La Crosse, was named the outstanding biology teacher of the year in Wisconsin from the National Association of Biology Teachers. Kammer has taught at Logan High School for more than 35 years, including the past 10 at the La Crosse Health Science Academy. He has coached the Logan boys’ soccer team for

Sentwali Bakari, ’82 & ’90, has been appointed vice president for student affairs and dean of students at Adelphi University, Garden City, New York. Bakari will have responsibility for several units, including Health Services, Student Involvement, Student Conduct, Residential Life, Counseling and Support Services, Student Access, the Center for Career and Professional Development, and the Interfaith Center. He began his new role Dec. 3, 2019. Bakari had been vice chancellor for student success at the University of Colorado, Colorado Springs. Bakari is a 2010 Parker

Diane (Niemann) Noland, Jacksonville, Florida, is enjoying the beautiful weather in Florida, but misses the Midwest. She’s a banquet server and bartender for TIC Sawgrass Marriott Resort and Spa in Ponte Vedra. Brad Quarberg, La Crosse, entered the Mondovi High School Hall of Fame in recognition of his outstanding achievement and service. He’s a 1981 graduate of the school.

Lisa Coryell, Onalaska, has been a member of the U.S. National Para Archery Team for four years. On three world championship teams, Coryell is a Paralympian - having competed in the 2016 Rio Games. She is on track to qualify for next year’s 2020 Tokyo

Cassidy Sanchez, Hillsboro, a physical therapist at Gundersen St. Joseph’s Hospital and Clinics in Hillsboro, was awarded therapist of the year by mobility and independence organization AMBUCS at its national conference in Pittsburgh in October. The award recognizes

Sanchez’s commitment to addressing physical needs of those served by the local chapter of AMBUCS, known as Western Wisconsin Wheels, which Sanchez is the president and a founding member. Since 2014, the Southwestern Wisconsin chapter has helped to provide over 70 adaptive tricycles to individuals dealing with physical disabilities. Sanchez, a physical therapist who specializes in pediatric patients and women’s health, has devoted much of her time to empowering individuals and helping them gain mobility and independence – often spending time building and delivering tricycles to those who need them.

Eau Claire College of Business in May 2019.

Darren Kinder, La Crosse, recently transferred to a new position at Gundersen Health Systems. He says during the interview he stressed the importance of being able to research and interpret data in an efficient manner. “This won me a better position than I expected,” he says. John M. Lakus, Kronenwetter, has begun his ninth year of teaching 8th graders about government, economics and psychology in the Wausau School District.

Hannah (McAllister) Siech, La Crosse, is an exhibit coordinator at the Children’s Museum of La Crosse.

Alex Meyerhofer, Appleton, started with Thrivent following graduation and has continued to grow and develop IT and communication skills. Meyerhofer recently took a new position within the Enterprise Project Management Office as a technical analyst, serving as an administrator of a few systems focusing heavily on automation and efficiencies across the enterprise systems. Meyerhofer was recently

certified as a robotics process automation bot developer. Hayden Nachtigal, Richmond, Virginia, recently finished his first year working with a minor league baseball team in group sales for the Richmond Flying Squirrels. “I exceeded my personal goals for the season, and couldn’t have done it without my education at UWL,” he says. Elexius Passante, Minneapolis, Minnesota, is an environmental specialist in the municipal wastewater division with the Minnesota Pollution Control Agency in St. Paul.

UWL colors flying in Kabul Two alums flew the UWL flag late this past summer during their deployment to Kabul, Afghanistan. Capt. Jonathan Flancher, ’10, left, and 1st Lt. Travis Beard, ’14, both participated in the ROTC Eagle Battalion and thought

it was a good opportunity to take a photo and share it the UWL ROTC Facebook page to prove that “it’s a small world and show that Eagle alums continue to lead from the front.” Flancher says he bought the UWL flag to hang in his living

quarters while deployed. “I’m a proud alum, still a huge fan of the football team and maintain close relationships with my former teammates — who include former coach Mike Schmidt — and coaches in the area,” he notes.

Faculty & Staff remembered Bernard “Ben” Victor Bernatovich Bernard “Ben” Victor Bernatovich died Sept. 18, 2019, in Fitchburg — just after his wife of nearly 60 years, Rita, who died July 28, 2019. Bernatovich was a lover of words, books and languages. He received a bachelor’s in English at Dominican College in Racine and a master’s and doctorate at Loyola University in Chicago. He moved his family to La Crosse in 1968 to teach English at UWL until retiring in 1998. He is survived by three daughters, Laura Burke, Jennifer (Daniel) Leclaire, and Jane (Tim Budke) Bernatovich. John Judson John Irving Judson, 89, died Oct. 2, 2019, in Minneapolis. Judson was an award-winning poet, novelist, playwright

and professor. He was a respected English and creative writing professor for more than 26 years at UWL. Judson was also creator, editor and publisher of Juniper Press and Northeast Magazine for 50 years. He is survived by his wife, Joanne Carol, and they raised four children. See an obituary feature from the Minneapolis Star Tribune: Poet John Judson, writing professor at University of Wisconsin La Crosse, dies at 89. Frederick Lesher Frederick “Fred” Zumdahl Lesher, 83, died Nov. 13, 2019, in La Crosse. Lesher and his wife, Jolene, moved to La Crosse in 1965 when he began as an associate professor of English. He taught entrylevel English and world literature. He taught

at the Guangxi Teachers Education University in Nanning, China, from1989-90. After his retirement in 1998, he enjoyed reading to children at the Campus Child Center. Lesher’s passion for the written word was intertwined in his love for birds. He was a member of state ornithology societies and earned awards for outstanding contributions to promote ornithology. His journals and bird location sightings are available on the Murphy Library website. Lesher is survived by his wife and three children.

Class Notes Policy: Class notes and obituaries are published online in January, April, July and October. The deadline is the 15th of the month prior to the month of quarterly posting.