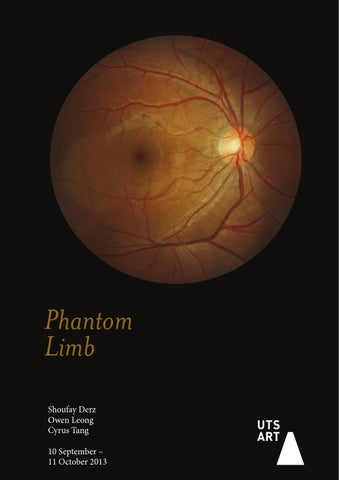 Phantom Limb Shoufay Derz, Owen Leong, Cyrus Tang 10 September – 11 October 2013 Presented by Speculum Projects, an independent curatorial initiative www.speculumprojects.com The artists would like to thank Lindy Lee and UTS Gallery staff. Shoufay Derz would like to thank Lenny Shute for technical assistance, Mark Elliot for his glass expertise, Jasart and Winsor &amp; Newton. Owen Leong would like to thank his father Peter Leong, Amadeo Marquez-Perez and Shoufay Derz. Cyrus Tang would like to thank Andrew Mcindoe, Fundere Art Studio, Winus Lee, Aidan Wong and her mother. Tang’s series Unknown was developed during the Australia-Korea Reciprocal Residency in 2012, a partnership of Artspace, National Art Studio, Korea and Asialink. It is supported by the Australian Government through the Australia-Korea Foundation of the Department of Foreign Affairs and Trade. The Imperative has been assisted by the Australian Government through the Australia Council, its arts funding and advisory body. This project is supported by Arts NSW’s NSW Artists’ Grant Scheme, a devolved funding program administered by the National Association of the Visual Arts on behalf of the NSW Government. UTS Gallery is supported by Little Creatures Brewery; media partner: 2ser ISBN: 978-0-9874811-3-9

Exhibition guide to 'Phantom Limb' held at UTS Gallery, Sydney from 10 September - 11 October 2013. All images and text copyright the artists and authors, not to be reproduced without permission. 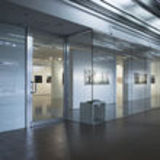