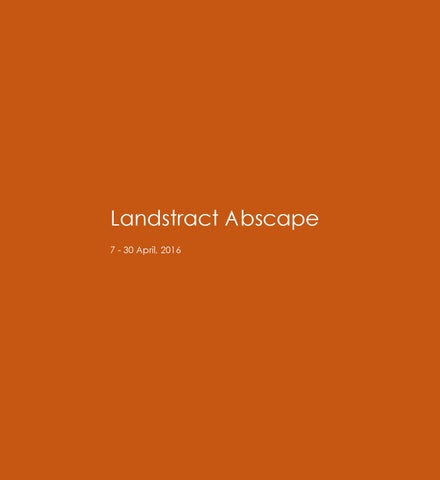 LANDSTRACTION – a new art movement If there is one defining element that has preoccupied and identified Australian art it is without question our continent. The land is a constant reference to so many of our artists both Indigenous and not, and while some pursue a more literal, narrative approach, the real momentum is in the space between abstraction and reality. Our Indigenous painters have forged unique styles across the country. Each has at its core the land which has so much meaning for each artist. At face value its a non objective image and even though often encrypted with recognisable iconography, the surface we contemplate is far from a literal representation of nature. Similarly many non Indigenous painters have eschewed the traditional western view of landscape and followed a more poetic response to the land, forging new ground with a more essential, elemental view of place. Many were equally influenced by abstract expressionism coming out of America and some via a growing engagement with Asia.

Of course what is remarkable about this is the Indigenous artists formed their own abstraction with absolutely no reference or contact with outside precedents. But that’s not to say they weren’t interested. Emily Kngwarreye singled out Fred Williams at the AGNSW. Maxie Tjampitjinpa carefully studied David Aspden at the Araluen Art Centre and Rover Thomas legendarily felt Rothko painted like him! But this was too late for influence, they were already fully formed artists and it was really the commonality that they recognised. And thus, Australia has developed a unique art movement…Landstraction. But travel to an international art fair and the landscape is an almost non-existent subject. It might be we are out of fashion, could be the cultural cringe, or it could be the new is always difficult.