Fairy Stories in the Penny Arcade 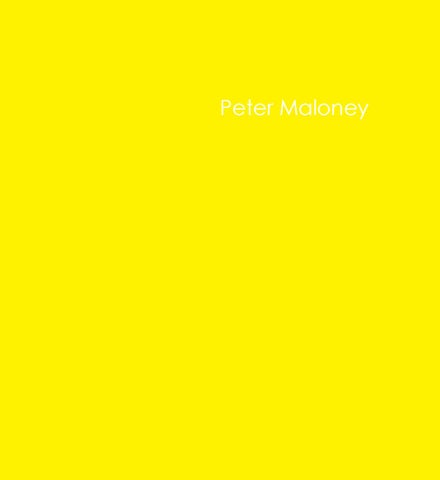 Peter Maloney’s latest paintings are a hypedup colour enterprise, many of them embedded with absurdist cut-up texts painted from tabloids and magazines, reprising William Burroughs’ linguistics and punk graphics. In addition, the small black and white panels in this exhibition constitute a sort of studio reprieve. Choosing to work with humour as a subject walks a dangerous line. It can be seen to be perverse and violates accepted norms. One is not used to laughing out loud at contemporary exhibitions. That visceral response is not far from the same giddy visual response to the shrieking colour panels. It’s as though Maloney is daring the viewer to remain unmoved as he rages against whatever machines stand between artist, audience and contemporary existence. In conversation Maloney often asserts a postgay, post-Aids sensibility, even if at times those issues are almost imperceptible in his work. He also alludes to his in utero “experience” of the first British atomic test in the West Australian Montebello Islands when his mother stood, heavily pregnant, on their Onslow verandah watching the explosion on October 3 1952. Maloney says he often wonders if he was affected in some way by that occurrence and that the endless radiating lines in his paintings represent x-ray shock waves, ‘born before he was born’.

The fractures in his multi-linear works seem to refer to the infamous irresistible force paradox; something that informs Maloney’s attitude to his art and indeed the core of his life… What happens when an unstoppable force meets an immovable object? The re-use and re-assemblage of existing linear templates, extracted from former drawings, has become a studio ritual for Maloney. In the process, the artist’s own cursive markmaking is rendered mechanical, subject to glitch and encoding errors. Finally, reversing this mechanical reproduction, the work of art is meticulously painted by hand. Alongside the bedrock of ‘found’ line there’s the floating poetic allusions and linguistic samples of the cut-up text. But placed in this way, the newsprint typographies also function as repetitions of lines and curves. The artist states, “I don’t know. Is it just me or do we all move in ever-diminishing circles? I draw a line in the sand and then another, and another. I photograph those lines, copy those photographs and transfer them to a canvas, re-photograph them and it all begins again. Hopefully some sort of meaning or even visual or intellectual pleasure is leaked into a shared experience.”

Fairy Stories in the Penny Arcade

An exhibition of paintings by Peter Maloney.