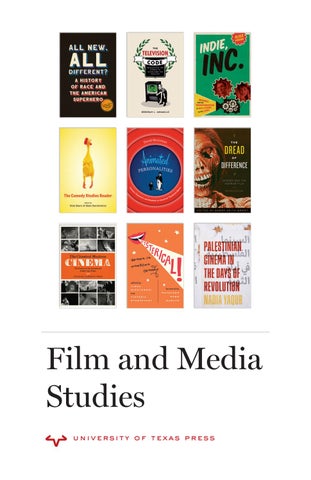 21st Century Film Essentials Cinema has a storied history, but its story is far from over. 21st Century Film Essentials offers a lively chronicle of cinema’s second century, examining the landmark films of our ever-changing moment. Each book makes a case for the importance of a particular contemporary film for artistic, historical, or commercial reasons. The twenty-first century has already been a time of tremendous change in filmmaking the world over, from the rise of digital production and the ascent of the multinational blockbuster to increased vitality in independent filmmaking and the emergence of new voices and talents both on screen and off. The films examined here are the ones that embody and exemplify these changes, crystallizing emerging trends or pointing in new directions. At the same time, they are films that are informed by and help refigure the cinematic legacy of the previous century, showing how film’s past is constantly reimagined and rewritten by its present. These are films both familiar and obscure, foreign and domestic; they are new but of lasting value. This series is a study of film history in the making. It is meant to provide a different kind of approach to cinema’s story­—one written in the present tense.

An eye-opening exploration of the relationship between racial attitudes and the evolution of the superhero in America, from Superman’s debut in 1938 through the Civil Rights era and contemporary reinventions. Paperback $34.95

This engaging collection explores the multi-media intersections of comics, film, television, and popular culture over the last century, ranging from Felix the Cat to Black Panther. Paperback $34.95

A study of five graphic novels or memoirs that have reshaped the narrative of civil rights in America—and an examination of the format’s power to allow readers to participate in the memory-making process. Paperback $29.95

From Twin Peaks (including the 2017 return) to Girls, a veteran critic and scholar draws on decades of industry expertise and exclusive interviews with renowned creators to examine the rise of art television. Paperback $34.95

A close reading of the innovative, distinctive vision of Pere Joan, who has pushed boundaries in Spainâ&amp;#x20AC;&amp;#x2122;s comics scene for more than four decades and stoked a new understanding of the nature of reading comics. Hardcover $50.00

Broadening the field of star studies to include animation, this pioneering book makes the case that iconic cartoon characters, such as Mickey Mouse, are legitimate cinematic stars, just as popular human actors are. Paperback $34.95

The first book devoted to the hybrid genre of the film photonovel, applying a comparative textual media framework to a previously overlooked aspect of the history of film and literary adaptation. Hardcover $39.95

This pioneering study of postwar feature films set in San Francisco tracks the transformation of Hollywood filmmaking as location shooting became the dominant production method in an era of urban anxiety. Paperback $3.95

Showcasing a century of iconic movie posters by the mediumâ&amp;#x20AC;&amp;#x2122;s top designers, this lavishly illustrated book charts the international history of the poster and how it has lured audiences to cinemas across the globe. Hardcover $45.00

The Television Code Regulating the Screen to Safeguard the Industry Deborah L. Jaramillo

Revisiting early debates about TV content and censorship from industry and government perspectives, this book recounts the development of the Television Code, the TV counterpart to the Hays Motion Picture Production Code. Paperback $29.95

Award-winning television creators and writers discuss the evolution of TV storytelling in these lively conversations from the acclaimed PBS series On Story.

A Place of Darkness The Rhetoric of Horror in Early American Cinema Kendall R. Phillips

Analyzing films from La manoir du Diable to Dracula and Frankenstein, as well as their promotion and critical reception, this book reveals how tales of horror are intimately bound to questions of nationhood and national identity. Paperback $29.95

Surveying adaptations of Stephen King’s work across four decades, this volume links the evolution of King’s “brand” to the changing preoccupations and industrial contexts of the horror genre in film and TV since the seventies. Paperback $29.95

Bringing to light the origins of an important national cinema, this book examines Palestinian filmmaking during the long 1970s, and how it sustained a revolution and continues to inspire in a new century. Paperback $34.95

shortlisted for the 2019 palestine book awards

Surveying comedic texts and performers from The Jack Benny Program to Key and Peele, Saturday Night Live, and Stephen Colbert, this classroom-ready anthology offers a first-ever overview of the field of comedy studies. Paperback $27.95

Written to accompany movies screened by the Radio-Television-Film Department at the University of Texas, the CinemaTexas Notes open a fascinating window on the early Austin film scene and the rise of film studies. Paperback $29.95

Tarkovsky sets down his thoughts and his memories, revealing for the first time the original inspirations for his extraordinary films. Paperback $29.95

Newly revised and expanded nearly a decade after the third edition, Film Genre Reader is the standard reference and classroom text for the study of genre in film, with more than 25,000 copies sold.

In this pioneering exploration of the cinema of fear, Barry Keith Grant and twenty other film critics posit that horror is always rooted in gender, particularly in anxieties about sexual difference and gender politics. Paperback $29.95

with han s fully , so you n the to opy ns, a ould nce in lions

es the the mmerce the s how tant unt in dios

This pioneering study explores the development and dominance of the high concept movie within commercial Hollywood filmmaking since the late 1970s.

Indie, Inc. Miramax and the Transformation of Hollywood in the 1990s Alisa Perren

Pioneering the field of media industry studies, Indie, Inc. explores how Miramax changed the landscape not only of independent filmmaking but of Hollywood itself during the 1990s. Paperback $30.00

Cineaste on Film Criticism, Programming, and Preservation in the New Millennium Edited by Cynthia Lucia and Rahul Hamid

Collecting some of the most frequently requested articles from one of the most influential publications on film, this volume explores the paradoxical ways that digital technology and the Internet have transformed film criticism, programming, and preservation. Paperback $29.95

An exploration of black superheroes as a fascinating racial phenomenon and a powerful source of racial meaning, narrative, and imagination in American society. Paperback $24.95

In this book, Charles Ramírez Berg develops an innovative theory of stereotyping that accounts for the persistence of images of Latinos in U.S. popular culture. Paperback $26.95

Disney’s Most Notorious Film Race, Convergence, and the Hidden Histories of Song of the South Jason Sperb

Analyzing histories of film reception, convergence, and race relations over seven decades, this pioneering book undertakes a superb, multifaceted reading of one of Hollywood’s most notorious films, Disney’s Song of the South. Paperback $28.95

Ideal for classroom use, this anthology of original essays by the leading authorities on women’s comedy surveys the disorderly, subversive, and unruly performances of women comics from silent film to contemporary multimedia Paperback $34.95

Bringing to light an often-ignored aspect of Hollywood studio system history, this book focuses on female stars who broke the mold of a male-dominated, often manipulative industry to dictate the path of their own careers through freelancing. Paperback $24.95

Taking a bottom-up approach through interviews with numerous industry workers, this book deepens our understanding of the intricate processes behind the creation of the LGBT representations that appear on television. Paperback $29.95

How the unruly woman uses humor and excess to undermine patriarchal norms and authority.

In one of the first systematic studies of style in Mexican filmmaking, a preeminent film scholar explores the creation of a Golden Age cinema that was uniquely Mexican in its themes, styles, and ideology. Paperback $27.95

The first volume in a trailblazing series on world comics and graphic nonfiction, this book presents a comprehensive array of historical, formal, and cognitive approaches to Latino comics—an exciting popular culture space that captures the distinctive and wide-ranging experiences of US Latinos. Paperback $29.95

Drawing on extensive interviews with the late actress and other film industry professionals, this book surveys the work of performer, director, and producer María Elena Velasco and her central place in Mexploitation cinema.

Presenting a proven technique for screenwriting centered on a character’s flaws and strengths, an expert screenwriting coach shows writers exactly how to construct screenplays that tell compelling, satisfying stories. Paperback $21.95

More than 600 rarely seen items from the David O. Selznick archive offer fans and film historians alike a must-have behind-the-camera view of the production of this classic movie on its seventy-fifth anniversary. Hardcover $50.00

published by the university of texas press

The Velvet Light Trap offers critical essays on significant issues in film studies while expanding its commitment to television as well as film research. Each issue provokes debate about critical, theoretical, and historical topics relating to a particular theme. The Velvet Light trap is edited at the University of Wisconsin at Madison and the University of Texas at Austin, with the support of media scholars at those institutions and throughout the country.

Editor: Melissa A. Fitch, the University of Arizona

Studies in Latin American Popular Culture, an annual interdisciplinary journal, publishes articles, review essays, and interviews on diverse aspects of popular culture in Latin America. Since its inception in 1982, the journal has defined popular culture broadly as â&amp;#x20AC;&amp;#x153;some aspect of culture which is accepted by or consumed by significant numbers of people.â&amp;#x20AC;? individuals $43/yr institutions $130/yr

Browse our latest and award-winning books in film and media studies! 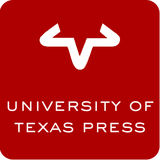 The University of Texas Press