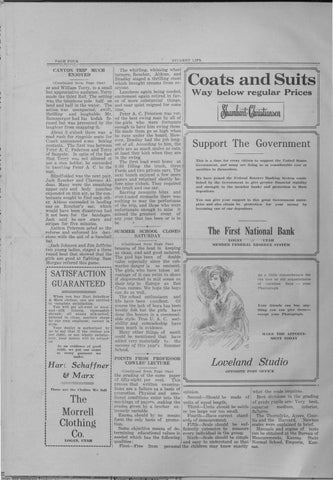 The whirling, whizzing " 'he€! turners, Rencher, Ald ous, and Bradley staged a thrilling stun t (Cont)nued rrorn Page One ) which brought, creams from ev er and Willi am Terry, to a sma ll eryone. but appreciative audience. Terry Luncheon again being needed, made the third Roll The setting excitement again r etired in favwas the telephone pole half on I or of more sub stantial thing s, land and ha lf in the water. The and near quiet reigned for some action was unexpected, swift, Itime. thrilling and laughable . Mr. Peter A. C. Peter son was votRam spe rger had his kodak fo- 1ed the best swing man by all of cused but was prevented by the the gir ls who were fortunate laughter from snapp ing it. Ienough to have h im swing them . About 3 o'clock there was a He made them go so high when . mad ru sh for ringside seats for he runs under the board. How Coach announced scme boxing ever, Bradley had the Job longconte sts. The first was between est of all. Accordrng to him, the Pete r A. C. Pederson and Terry girl s ar e as much mul es as cat s, of Sanpete. In spite of the fact at least they kick when they are that Ten-y was not allowed ot in the swing. use a ste p ladder, he succeeded The fir_st load went h ome at ;n knocldng Peter A C. to the 6 :30 f1lhng the_ truck, three , mat . Fo r ds and two pr ivate cars. The Blindfo lded was the next pair, next bunch enj oyed a few more Tack Rencher and Clarence Al- games and returned shortly bedous . Many wer e the smashing fore nine o'clock. They required upper cuts and body punches the truck and one _car.. expended on th in air, as the conBarring mosquito bites and testants sought to find each oth- over:l oaded stomachs ther e was er. Aldous succeeded in land ing nothrng to mar the perfectness one on Renc her's ear, which Iof the trip, a nd those wh~ we~e would have been disastrous had unfo r tunate enough to miss it it not been for the bandages. missed t he gr eatest event_ of J ack said he saw stars a nd any yea r that has been or 1s to st r ipes fo r five m inu tes . I be. Anth o-n Peterson acted as the refe r ee and enfo r ced his deci- SUMMER SCHOOL CLOSES sions with the aid of a baseba ll SATUR DAY bat. Jack John son and J im J effr ies (Contin u ed from P~ge One) . 1 two young ladies stage d a thr ee I bra nces of th e heat rn keepmg

I================~-------opin ion. Second-S hould be made of units of equa l lengt h. Third-Units should be neit her too large nor too small. Fo ur t h- Have corr ect stand ard s of meas ur ement. Fifth - Scale should be sufficientl y exten sive to mea sure every individual in the group. Sixth-Scale should be simpl • and easy to under st and so that the childr en may know exa ctl y 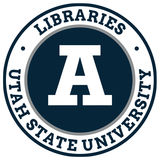