people have been internationally displaced in Syria

Event calls people to action in effort to help war-torn country by Megan Thorne features@usishield.com @ShieldsterMegan Ellen Small Billard knew from age 11 that she wanted to help the Middle East. After following the war in Syria in the news, she knew it was her time to help. Billard, an alumna, brought attention to the situation in Syria Monday during “Wings for Dreams: The human face behind the Syrian refugee crisis,” by talking about her organization “Road to Mafraq,” which provides education and assistance to Syrian refugees. USI’s KESHO (Swahili for “tomorrow”), which works to empower and inspire woman globally as well as raise awareness of global issues in the university community, brought Billard to campus to help inspire people to take action. Vice President of KESHO Jordan Wright said the organization’s goal is to bring attention to issues people might not know a lot about.

“A lot of people were surprised that there was a war in Syria,” Wright said. “It is important to have speakers come like this and raise awareness for the school.” Wright said she was excited to hear Billard speak about the refugees’ stories, and learn about how there are fourth graders who read at a kindergarten level because of the crisis. “It’s horrible,” Wright said. “Billard is going to be getting these students back into school, and helping them to learn. She will be creating schools in Jordan and it’s just really great.” Billard and her husband chose to name their organization “Road to Mafraq” as a way to partner with the refugees on their journey to Mafraq. The director said at that four years ago more than 50,000 people had been killed and more than a million were left as refugees in Syria. After seeing the destruction, they connected with NGO (NonGovernmental Organization) in Jordan, which is south of Syria. “I think it is important to remember that these

are real people who are impacted by what is happening,” Billard said. “Those numbers represent real people, those numbers represent real stories and those numbers represent real dreams.” Billard pointed to a picture of a young man in his mid-thirties named Maher, who was sitting on a camel in front of the Roman ruins in Palmyra, Syria. She said he is a Syrian refugee who chose to flee, instead of staying to fight. Despite being called a coward by friends and family, he couldn’t bring himself to battle. “He (told me) no matter how much I believe in this cause, and I do, I cannot bring myself to kill,” Billard said. That’s not typically the picture of the Middle East that is painted for people in America, the director said. Someone who refuses to fight and kill, and risks the social consequences that can come from that, isn’t something people hear about. “This is now happening to people we know,” Billard said tearing up. “ They are no longer statistics, they are our friends.”

A heated discussion between Faculty Senate members and previous senate chair Jason Fertig took place at Friday’s meeting. “The issue was one of protocol and transparency,” said Faculty Senate Chair Rex Strange. “We would like our constituents to know where the decisions are being made.” The senate was unaware of Fertig’s meetings with President Linda Bennett and the Provost’s Office where he presented his ideas as a collaborative effort with the senate, Strange said. “The president let me know about the meeting and so a heated discussion took place,” Strange said. “In an organization like this it is good for everyone to be on the same page.” “It was a case of the right hand not knowing what the left hand was doing,” Strange said. Fertig, in his own defense, said he spoke with the president and she told him to prepare a charge for the senate. “I really just wanted to get the discussion on the table, and it upset me when it wasn’t even brought up at the meeting,” said the associate professor of management. The issue Fertig was trying to bring up was a fix to a calendar date and Strange didn’t know he was sharing his ideas, he said.

Students from the University of Evansville’s Venture Crew kayak in one of the many lakes the Blue Grass Fish and Wildlife area has to offer. Venture Crew 303 is an new club to USI that will focus on getting students outdoors and adventuring.

by nick leighty ndleighty@eagles.usi.edu A new outdoor club has found their place on campus. The Venture Crew 303 is a club focused on exploring the outdoors and granting students leadership experiences in various activities

through partnership with Boy Scouts of America. This has been an idea in the mind of former professor of public relations Gael Cooper for years. The first week he stepped onto campus in 2003, Cooper met with the Dean of Students and the head of the

Take Our Quiz! WHAT INTRAMURAL TEAM SHOULD YOU BE A PART OF?

Boy Scouts council to see what could be done in organizing this club on campus. “It wasn’t a good time,” Cooper said. “One of the problems was the fact that the boy scouts program was not all inclusive. Fortunately, the Boy Scouts have changed their policy and it is

no longer an impediment.” There’s a $32 fee to join which covers insurance and participation in the club, but currently the main focus is finding new members. There are a variety of outdoor opportunities at USI that the group is looking to bring to light.

Adjunct Instructors teaching at USI are only paid parttime, but the pay is the highest of the local colleges said adjunct Lisa Wiltsie. “Adjunct instructors are only paid per class they teach, and most adjuncts are only allowed to teach three courses,” said Wiltsie, an adjunct at the Romain College of Business. Professors and full time instructors at the business college are paid on nine month contracts, Wiltsie said, but adjuncts are usually paid a lump sum or are given a monthly stipend. “There are pay discrepancies between adjuncts and regular instructors,” she said, “but I understand the reasoning because it is considered a part-time job.” Wiltsie said there can only be a certain percentage of adjuncts in each college, and that the number is based off of how many courses are being offered for the semester. “I am really comfortable with the pay I get as an adjunct here. It is more than any other part-time job I’ve had in my life,” she said. Adjuncts aren’t only confined to work at one university, Wiltsie said. They can also teach as an adjunct at multiple

colleges. “I was teaching here on a grant offer, but I left when it ended and went to become the program chair at Ivy Tech,” Wiltsie said. “Now I teach as an adjunct for both colleges.” While there are different tiers in a college for full time faculty, she said all adjuncts are simply pooled together as part-time. “Though we have all the same credentials as instructors (such as) a graduate degree in teaching and 18 credit hours,” she said, “the only difference really is that we don’t have the same amount of responsibilities.” Wiltsie said USI is the preferred employer among adjuncts. It pays its adjuncts higher than UE and Ivy Tech. “It still isn’t very much,” she said, “so I can understand how some people couldn’t make a living off of it. I am lucky enough to be a second source of income in my family.” Adjuncts can’t teach more than nine credit hours at a college, and most of their classes are taught entirely online, Wiltsie said, and they differ from college to college. At the College of Liberal Arts, adjunct instructors are given the chance to teach as a part of different programs.

A guide to USI athletics 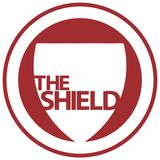