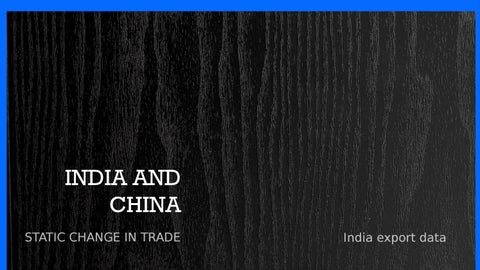 TRADE STRATERGY Establishing the two biggest international economic powers and concerting the partnership into great trade strategy India and China played a vital role in that. Despite the tension between the countries on the international borders, they are trying to make the countries more close in term of trade. China is increasing the export of manufactured goods which is the strength of the country and India is also trying to do the same thing but only got the hike of 7%.

BILATERAL TRADE Both the countries are bound in the bilateral trade as both the countries are the fastest growing economy in the world. Nothing compares to the China-India bilateral trade when it comes to evaluating the positive trends in post-1962 China-India relations. China-India bilateral trade as a confidence-building measure that must be underlined to appreciate its interface with their political relations which remains so critical for its long-term prospects. Â Both sides clearly display that understanding at least in their more recent initiatives.Â  Contoso Suites

ECONOMY According to World Bank estimates, and assessed on the basis of purchasing power parity, China and India have already become respectively the second and fourth largest economies of the world surpassing developed countries. China and India today represent two unique new playersâ&#x20AC;&#x201D;presenting an extraordinary combination of a very large GDP and still with significant poverty and pockets of unrest and a very low per capita income and living standards.

Therefore, more than being measured in terms of statistics and profits, it is the political impact of trade which remains the barometer of their economic engagement. Starting with an extremely slow pace with an annual turnover of only a few million dollars, and then staying on the margins for much of the 1980s, their trade has gradually come to occupy the center stage of their interaction. The target of reaching US$20 billion in bilateral trade by 2008â&#x20AC;&#x201D;set by the two prime ministers in their meeting in Delhi in April 2005â&#x20AC;&#x201D;is now expected to be reached before end of 2005. 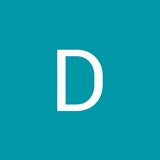