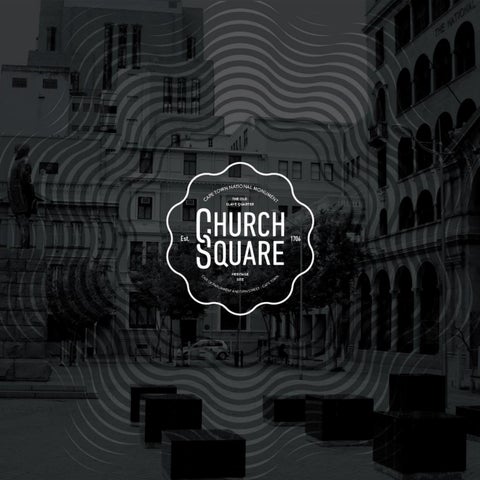 The square owes its existence to the first church in South Africa: The Groote Kerk Dutch Reform Church. The foundations were laid by Governor Willem Adriaan van der Stel in 1700. Prior to being claimed by human settlers, there was a pond in this location, where hippopotamus would bathe. There is still water beneath the square today. The square was officially named Church Square in 1791 when it was first referred to as â&#x20AC;&#x153;Kerkplijnâ&#x20AC;? on a map.

Slaves would sit and wait for their masters attending services in the Church, passing their time beneath a fir-tree beside the carriages which became known as the ‘Slave Tree’. The tree was felled in 1916 and a commemorative plaque was laid in 1953.

The size of the square was gradually reduced to make way for a larger graveyard for the Groote Kerk, following the smallpox epidemics in 1713 and 1755. The graveyard has, in time, been exhumed and built over.

Adjacent to the square is the Slave Lodge, now run by the Iziko Museums of South Africa, where thousands of slaves were housed from 1658-1828, also doubling up, for a time, as one of the Cape’s most wellknown brothels.

In 1920 a statue of the parliamentarian, Jan Hendrik Hofmeyr (affectionately known to locals as ‘Oom Jan’) was erected in the square in recognition of his efforts to have Afrikaans recognised as a language on equal footing with English in the parliamentary constitution of 1910.

Church Square is an important centre of the City, where many sensitive and painful historical events took place

Church Square was declared a National Monument under old NMC legislation on 17 February 1961. The square was used as a car-park from the inception of motor-cars until 2006, when the City of Cape Town, in partnership with a private investor reclaimed the space from cars for public pedestrian use. The square was re-paved, trees introduced and street furniture provided, but the move was not wholly successful and the square went from being a busy, used space with a purpose, to an empty space that brought security and problems of vagrancy.

Public institutions and private landlords installed heavy security measures – glass screens and security gates which exacerbated the problems of ‘unfriendly’ public space. In 2008 eleven granite blocks, inscribed with the names of slaves purportedly sold in the square were installed by the City of Cape Town as a memorial to the slave trade.

Today the square is widely used by local people mainly passing through the square, which does not perform as a ‘sticky’ or dynamic public space, the likes of which we have within touching distance - Company’s Gardens (one of the great success stories of public space in Cape Town).

The main non-public activity in the square is as use as a film and advertising shoot location. This - rather ironically - means the square is frequently closed off to the public and access is rectricted. Fees charged for this commercial activity currently fund the Cape Town Partnership. In 2012 urban regeneration specilalists Urban Lime Properties started acquiring commercial property around the square and devising a masterplan to create a ‘Place for the People of the Mother City’.

Church Square, Cape Town: a non-profit company set up to ensure delivery as a dynamic public space, providing a robust framework for the future

Urban Lime Properties, the driving force behind the Church Square project, began acquiring commercial property around the square, by 2014 they were the majority landowner of commercial space. Independent research was commissioned by Urban Lime at the end of 2016 from urban consultants Future Cape Town and a report was published in February 2017. The key finding was that the square had a fair number of people passing through, but the square and surrounding buildings were not performing as an interesting, â&#x20AC;&#x2DC;stickyâ&#x20AC;&#x2122; and was not perceived as modern public space.

Urban Lime are strong believers in the power of public space to transform communities. They do not believe that public space should be proprietary to any single entity. This is why the Church Square non-profit company was set up in 2017, as a steering committee to provide a robust framework to ensure the future success of Church Square.

The board is made up of volunteers to represent residential and commercial property owners, business on the square and includes senior people within the City of Cape Town, CCID and the Mayoral Office.

A policy document titled â&#x20AC;&#x2DC;Place-making For the People of The Mother Cityâ&#x20AC;&#x2122; is in development by the board and will be launched in September 2017. The purpose of the document is to ensure - Diversity - Inclusivity - Accessibility - Sustainability - Commercial viability for all, with a strong emphasis on local consultation and participation and a mandate to ensure every cent generated by the square goes back into the square.

All ground-floor commercial property has been reserved for food & beverage tenants, at every level

Ensuring accessabillity and choice at every level is an important part of creating an inclusive public space. Commercial property has been reserved for operators at every level â&#x20AC;&#x201C; from an ice-cream parlour up to a world-class Michelin starred dining experience. People who just want to enjoy the square and workers who bring lunch from home will be made to feel as equally welcome as people purchasing from the eateries in the square. Comfortable seating, easy access, free wifi and power-points will be provided for visitors throughout the square.

Upper floors of buildings will be let as corporate offices to creative/ tech businesses and top-end serviced hotel apartments (serviced by the Taj Hotel). Currently only two retail space remain which are reserved for: -

The ground floor of Speakers-Corner will house an international coffee brand [TBC] and the entrances to all the upper floors. The third floor will offer an elegant, oldschool hotel-style cocktail bar beneath an original teak-atrium which opens up onto a beautiful terrace in the warmer months. The upper floors of the building are finished in a premium, industrial-loft style, designed as commercial office space, with boardrooms, break-out rooms, a library and a private screening room.

The top, fifth floor will feature a new, top-end restaurant. The structure is a modern build, custom made and designed to exacting specifications and interior design to meet international fine dining standards. The [currently under-wraps] chef is an awardwinning, well-known, celebrated South African Chef who has been at the forefront of world-class dining in South Africa for over a decade.

Fine, occasion dining options are currently very limited in central Cape Town, with most of the restaurants at this level situated in the winelands. This signature restaurant project is a life-time ambition and will set a new standard for finedining in Cape Town.

The entertainment package planned for the square will be world-class, conceived by local teams and excecuted by world-experts in their fields

Based on proven urban-regeneration principles from around the globe, the principles of â&#x20AC;&#x2DC;placemakingâ&#x20AC;&#x2122; are well-documented. There are infrastructure and service standards that are achievable, but how do we educate people as to why Church Square is such an important and sensitive historical site? How do we create a sense of wonder, looking at an - often difficult past - yet recognising the present and looking forward to a bright future?

Visitors will be able to view a complementary AR tour on their smartphone or tablet in the square using ibeacon technology. This allows guests to hold up their device in 5-different hotspots in the square and see what historical event happened there in the past. The creative charts the origins of Church Square from hippo pond, the battle for the Cape, slavery, apartheid and recent day in a modern and interactive way. A themed, 3D video-mapping night-time light and sound show will launch at the end of November each year and will run twice a night through until the end of March.

The show is completely free and anyone can come and stand in the square and experience this jaw-dropping technology which is planned in conjunction with Iziko Museums of South Africa and projected onto the magnificent Herbert Baker Social History Museum. Church Squareâ&#x20AC;&#x2122;s aim is that every person living in the Western Cape comes to see the AR tour and/ or the show at least once a year. Our goal is to be listed in the top 10 visitor attractions in the Western Cape after our first year of operation.

We work hand-inhand with City of Cape Town officials to achieve our collective goals of a better, more liveable and walkable City for all

Planning is currently underway with specialist public space planners, architects and the City of Cape Town to work out how to make the square a more welcoming and dynamic public space. City of Cape Town roads are working towards adapting and reducing traffic flows and removing cars from the street, offering the pedestrian priority over the motor vehicle, whist extending the pavements, in turn, incorporating important heritage sites â&#x20AC;&#x2DC;back intoâ&#x20AC;&#x2122; the square.

Our partners include all stakeholders in the square; both private and public, residential and commercial.

This project is also documented by independent consultants Future Cape Town in order to provide a case-study of global best-practice of urban regeneration.

All technology and methods developed for this project are to be made available on an open-source basis in order to benefit cities around the world based on our vision and learnings.

Iziko Museums of South Africa – operators of two buildings in the square – The Slave Lodge and the Social History Museum (formerly the Australasia Assurance Company) are important partners.

We believe Church Square in Cape Town will become a world-class reference for extraordinary creative thinking, setting a new world-class-standard in urban regeneration. 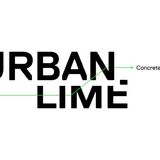 Designed to offer an overview of the regeneration project Church Square in Cape Town, conceived and envisaged by Urban Lime Properties, urba...

Designed to offer an overview of the regeneration project Church Square in Cape Town, conceived and envisaged by Urban Lime Properties, urba...