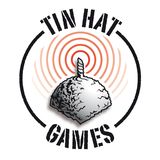 Tin Hat Games is a small productive Italian reality that creates roleplaying games and board games since 2014, the year of our first Kickstarter project: #UrbanHeroes.

#UrbanHeroes is an old school roleplaying game where players will get into the roles of H.E.R.O.es, human beings gifted with special abilities developed after the 2008 explosion that originated from the CERN. A dark and gritty world, a distorted copy of our own planet where we do live, this is Earth Z.

Dungeon Digger is Tin Hat Games’ first board game, it’s a competitive dungeon building set in a comic-fantasy world for 2-6 players. We wait for you at Mount Peril to know what is like to be an evil Dungeon Lord.