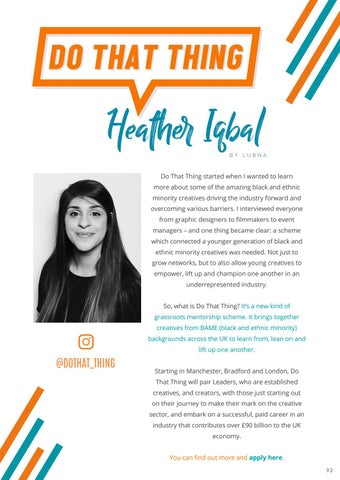 Do That Thing started when I wanted to learn more about some of the amazing black and ethnic minority creatives driving the industry forward and overcoming various barriers. I interviewed everyone from graphic designers to filmmakers to event managers – and one thing became clear: a scheme which connected a younger generation of black and ethnic minority creatives was needed. Not just to grow networks, but to also allow young creatives to empower, lift up and champion one another in an underrepresented industry. So, what is Do That Thing? It’s a new kind of grassroots mentorship scheme. It brings together creatives from BAME (black and ethnic minority) backgrounds across the UK to learn from, lean on and lift up one another.

Starting in Manchester, Bradford and London, Do That Thing will pair Leaders, who are established creatives, and creators, with those just starting out on their journey to make their mark on the creative sector, and embark on a successful, paid career in an industry that contributes over £90 billion to the UK economy. You can find out more and apply here. 92 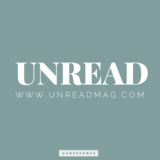