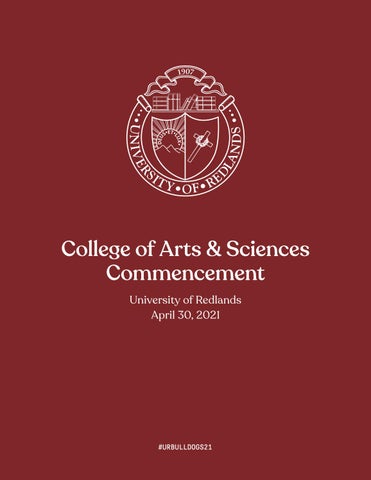 Mission Statement The University of Redlands is a private, independent university committed to providing a personalized education that frees students to make enlightened choices. Redlands emphasizes academic rigor, curricular diversity, and innovative teaching. Redlands fosters a community of scholars and encourages a pluralistic notion of values by challenging assumptions and stereotypes in both classes and activities. A Redlands education goes beyond training to embrace a reflective understanding of our world; it proceeds from information to insight, from knowledge to meaning. Welcoming intellectually curious students of diverse religious, ethnic, national and socio-economic backgrounds, the University seeks to develop responsible citizenship as part of a complete education. Redlands encourages a community atmosphere with exceptional opportunity for student leadership and interaction. For working adults, the University offers innovative programs at convenient locations and times. Redlands blends liberal arts and professional programs, applied and theoretical study, traditional majors and self-designed contracts for graduation. Small classes enable each student to participate in class discussion, to work closely with professors and to receive extensive individual attention. Redlands remains sensitive to contemporary trends in society and challenges students to commit themselves to a lifetime of learning.

Welcome and Recognition of Graduates and Guests Ralph W. Kuncl

Greetings from the Class of 2021 Abigail Fine ’21 B.A. Political Science and Public Policy

Recognition of Veterans and Those Dedicated to Service Steve Wuhs

About the President Chad Riley

r. Ralph W. Kuncl became the 11th president of the University of Redlands in 2012.

In his nine years at the U of R, Dr. K.—as his students most often call him—has worked tirelessly to elevate the University’s stature. He is leading the comprehensive $200 million Forever Yours fundraising campaign to a close and spearheading the development of a University Village adjacent to a new Redlands train station. Under his leadership, the University acquired the San Francisco Theological Seminary in 2019, creating a new Graduate School of Theology and realizing a new U of R campus in the Bay Area. Throughout the changes and challenges brought about by the COVID-19 pandemic, Dr. Kuncl has led the U of R with resourcefulness and resilience. He is charting a course that endeavors to keep the University community healthy and safe while staying true to the U of R’s mission of delivering a personalized education. A graduate of Occidental College (A.B.) and the University of Chicago (Ph.D., M.D.), Dr. Kuncl spent his early career at the Johns Hopkins University School of Medicine, where he served as a professor of neurology, pathology, and cellular and molecular medicine. He later was appointed the founding Vice Provost of Undergraduate Education. While at Hopkins, he received international recognition in the study of amyotrophic lateral sclerosis, or Lou Gehrig’s disease. Before coming to Redlands, he served as a professor of neurology and brain and cognitive sciences, as well as Provost, Executive Vice President, and Chief Research Officer at the University of Rochester. Dr. K.’s background includes 23 years as a vocal performer in the Baltimore Choral Arts Society. He has performed as both singer and conductor with the University of Redlands choirs and orchestra, notably at Carnegie Hall and in U of R’s annual holiday festival, the Feast of Lights. Although Dr. Kuncl has announced his intention to leave Redlands, he will remain at the University through June 2021 to facilitate a smooth leadership transition and continue to set the institution up for future success.

riginally from Maple Grove, Minnesota, Abigail Fine ’21 is an active and engaged student leader involved in various organizations on campus. She is this year’s chair of the ASUR Senate, which she has been part of since her first year at the U of R. She works as a Lead Admissions Bulldog Ambassador for the Admissions office, where she has worked for three years. She is a member of Delta Kappa Psi, and she serves as the President of Maroon and Grey Student Ambassadors. On the Dean’s List every semester, Fine is a three-time recipient of the Warren Christopher Public Service Scholarship. She is a member of Pi Sigma Alpha, the political science honor society, and Phi Beta Kappa. She is also the recipient of the Outstanding Senior in Public Policy award and is graduating with honors. Fine has enjoyed her past four years at the University of Redlands, where she is part of an incredible group of friends. She is grateful to her family for supporting her education and loves being a Bulldog for life. After graduation, she plans on moving to Washington, D.C., to pursue a career in legislative affairs. She would like to thank the professors, staff, and administrators who have guided her at the University, and is forever thankful that Redlands gave her more than an education: It truly made her the person she is today.

Degrees awarded in the ceremony are conditional unpon completion of course requirements in accordance with University policies. The listing of a candidate’s name in this program is presumptive evidence of graduation, but is not to be regarded as conclusive. Honors recognized in the graduation ceremony may be changed based on the processing of final grades.

Noah Delano Emphasis: Once More unto the Breach of Math and CS

Outstanding Senior of the Year in Business Administration Delaney Roberson

Senior Scholar Student Athletes Awarded to student-athletes who maintain a 3.5 or higher cumulative GPA and who earn a varsity letter

Mortar Board National honor and service society for seniors

Academic Regalia Distinctive academic dress can be traced back to the universities of the Middle Ages. In the early centuries of its existence, the costume was worn as daily garb, and several parts had practical uses. In more recent centuries, its use in complete form has been reserved for special ceremonial occasions. Of the costume’s three components, the hood is the most interesting. Originally it had three uses: as a head covering, as a shoulder cape, and as a bag in which alms could be collected. It is mentioned as early as 1480 in clerical literature. When large wigs were in vogue in England, the cape part of the hood was split in front and a narrow neckband inserted. The entire cape and hood were allowed to fall back as they do today, and the hood was never restored to its original style. Black academic robes are appropriate to all degrees and all institutions. Graduates of some schools, however, may elect to wear robe colors adopted by their alma maters—for example, Harvard crimson, Yale blue, Stanford cardinal. Red may be worn for ceremonial purposes, as by a president. Three black stripes on the sleeve denote a doctorate. There is historical evidence to suggest that the mortarboard originated with the 16th century Protestant reformer John Calvin. The university building where Calvin taught, at the Cathedral Church in Geneva, was not yet completed and was without windows. Accordingly, he designed the hat for his teaching in order to protect his head from the pigeons that cohabited the buildings. Black tassels are correct for all degrees, but colored tassels also may be worn. Gold metallic tassels may be worn by persons with doctorates and by dignitaries. Following is a partial list of hood and tassel colors established by the American Council on Education to represent various fields of learning. Arts and Letters.................................................White

The years can never mar, The memories of thee we love so well; Where the friendships are so dear That we leave them with a tear That dear old U of R we love so well.

Och Tamale Chant Welcome to the University of Redlands Alumni Association No dues, just fun! Update your address at alumni@redlands.edu and let us know what you’re doing.

REDLANDS UNITES US IN A COMMON BOND THAT LASTS A LIFETIME. 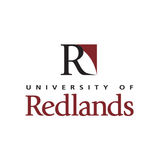