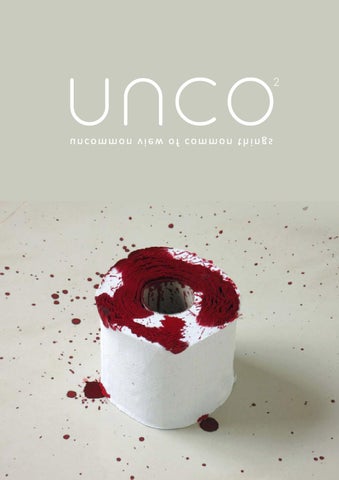 The editor is not responsible for the texts, photos, illustrations and drawings published herein, which are the sole responsibility of the authors. Unco magazine cannot accept responsibility for submitted material. Reproduction in whole or in part without written permission is strictly prohibited. Curated and edited by Lita Poliakova Feel free to contact mail@unco.info All rights reserved Cover photo by Ralph Klewitz

SCAR Evidence. Preserved pain. Inherent. Blood rivers, meat valleys and scar ridges.Acidburned marks and spiny prisms pricking eyes, shackling ropes, embroiling steps, corrosive paint defiling yourself and others. Memory, which always accompanies us. We are burned by feelings, go astray, become victims of fortune. Sometimes, it is a reminder of an illness, â&#x20AC;&#x153;pocketâ&#x20AC;? proof of the will, distinctive mark. Not to feel sorrow or accept, there is always

In this body of works I was intrigued to use banal objects of everyday life to create artwork. By rearranging the objects, they lose their original functionality and simultaneously gain a paradoxical expression. I experienced this new artistic proposition as a negotiation between real, dream and fantasy worlds. In this context I found it interesting to contemplate the fleeting thresholds between existing and imagined environments made out of, and represented by, objects. Whilst reflecting on my artistic process, I realised another quality that refers back to the production. Thinking back how I have playfully combined the objects, I found it fascinating that the final pieces have been given a playful aesthetic. The transformation from rationality to play is thus another angle that I consider is inherent in the artwork.

This playfulness might then be contextualised with an approach that the objects could have been arranged experimentally. From this perspective, I suggest that the processuality of the artworksâ&#x20AC;&#x2122; making could evoke negotiating the state of artworkâ&#x20AC;&#x2122;s completion: does the artwork represent a concept, a prototype or is a final piece as such? An alternative approach could be to perceive the artwork as a suggestion of an expansion of originally intended dispositions. The notion of absurdity that is inherent in some of the artwork might disrupt the search for a new functional meaning of the objects. This jolt in the contemplation process that I experience tempts me to interpret the artwork in multiple directions. The shift from utilitarian applications of the objects to open ended perceptions is thus an additional quality that I appreciate in this group of works.

1. What’s the name of this game? The photographs are installation shots of sculptures and installations that belong to a group of work, which I produced between 2011 and 2015. I did not the give the body of work a specific name but I titled the individual pieces with an alphanumeric naming convention that I apply to all my works of art for the sheer purpose of organising my artistic outcomes. Pragmatically, my pieces reproduced in this magazine are all 3D-works. Metaphorically, I don’t name my ‘art games’ because primarily I don’t work thematically, but instead I produce art inspired by ideas, media and materials. One or several themes might be an aspect of, or might evolve during my artistic process.

that stuff uncommon. The notion of being distinctive does not particularly motivate me. I do what I enjoy most and what I believe could contribute to a fine art discourse. Also, I like to contradict myself in my artistic production, which might be kind of a distinction, too.

2. What is mundane? If one collects a lot of ‘uncommon’ stuff in one room, will it turn into common? Is it still possible to be distinctive today? Instead of giving general answers to your questions, I speak on what those questions mean to me. I am more comfortable this way because I don’t want to speak on behalf of a group. ‘Mundane’ means to me something that I don’t pay much attention to. This can be an object, an activity, a concept or an act of a person, which mostly belong to, or occur in, my daily routine. Your second question is confusing in a good way. Applying your words: Yes, I did collect a lot of common stuff in one room, but then I made

3. What prompted you to re- and de-construct objects rather than, for example, create your own? In my artistic practice, I work without being goal oriented. My 3D-work is a fascination in which I immerse myself, and that is my motivation. Trying to summarise the whole body of work that, by now, includes more than 160 works of art, would be impossible because there is not a single red thread going through them. The concept of de- and reconstruction may apply to some of my work. The third phase, the de-construction of the de- and reconstructed may be interpreted in some pieces. I regard all my artistic activities as creative acts that range from the making and destroying objects to nonobservable acts, such as thinking and dreaming. 4. Why namely installation is important and not surrealistic still-life by means of photography? How do two different media, objects and video, get along together with you? After producing over hundred objects, I felt the urge to refresh and deepen my understanding about Surrealism. I concluded that my 3D-work is more multi-layered and complex than what André Breton had postulated in his first surrealist manifesto. The concept of the dream, the central theme in Breton’s manifesto, is only one of many thoughts that may evolve from and revolve around my 3D art.

Additionally, through the realness and banality of the some of the artwork’s components, some of the objects strangely leap back into the real world. This metamorphosis between dream, fantasy and reality intrigues me and I consider this aspect as a developed contribution to the roots of surrealism. From an art historic perspective, I also interpret that some of these pieces were developed on thoughts from Dadaism, such as Duchamp’s concept of the readymade and assisted readymade. My personal experience in this body of work is that the boundaries of the art historic legacies blur between Neo-Dadaism and Neo-Surrealism. Your question of the different media is interesting. In some cases, like when making WZ219_Inst1, my artistic process originated in a performance. For this particular artwork, I recorded the performance and other kinetic aspects that occurred in the making, like the spilling of the soy sauce into the pocket of the white apron and the dripping and splashing of the liquid onto floor and at the door. I classify the video recording of the performance in its raw form as a documentary footage. However, in the near future I plan to compose a soundtrack to the visuals and thus the work will become also a video artwork. Considering the final stage of the performance, when all the liquid has dried up, one could categorise it as an installation artwork, albeit an ephemeral installation. Because of its unpleasant smell I removed the work shortly after the documentation. On the topic of documentation: After the

video recording, I took photographs of the installation, where as I consider the photographs themselves as an art form. Besides that, I also wrote a reflective piece in a state of stream of consciousness. That literary outcome could have a life of its own or it could be perceived together with another medial results, such as the photograph of the artwork. The blurring medial boundaries and the multiple forms of existence of the pieces are separate aspects that keep my interest to evolve this body of work.

5. Some of your works resemble poetry; others – totems, ritual structures – does your magic work? Do you create the objects as amulets, with therapeutic application? I find it interesting that my art can be contextualised and interpreted within various paradigms and frameworks of knowledge. The choice, however, of whether a perceiver wants to be inspired by, or be engaged with my artwork, is his or hers. So, if some of my pieces evoke poetic or magical thoughts and feelings, that’s how they work for you, and that’s cool with me. If one believes that certain pieces may have a therapeutic impact by wearing them, I might be able to create one for this person. 6. Some of the works refer to impossibility while others – to traps. Is there a single, dominant theme in your work?

dominant theme in my work. This is not meant to be Smart Alec answer, but rather it is how I genuinely perceive and interpret my own work. 7. UNCO question: list your most peculiar habits or experiences associated with use of objects for purposes other than intended. Relating to this group of work, it is using objects in such a way, that they exchange their usability with imaginativeness. 8. What do you think about the planet of “Commercial art” – is there life on this planet, is there art? Sure there is. I advocate that the long hours an artist spends in creating artwork, and the materials he or she invests, must be financially rewarded. Artistic production is a contribution to the evolution of humanity as is any other kind of production and thus the pseudo-romantic picture of the starving and suffering artist must be a deception. Fortunately, I have a day job that keeps me financially above water. Until now, I was thus never in the situation to be exposed, and possibly commanded, by the needs of the art market. However, I could imagine that this force could be a threat to my artistic production because deadlines, the notion of justification, and the rat race of competitiveness would come into play. I apprehend the latter could be sticks

tossed into the spokes of my artistic flow. But this is an assumption with a negative outcome in my mind. I would need to make this experiment to prove it right or wrong. 9. What is value? Value is something that initiates change in/for someone or in/for something. Mostly, the concept of value is subjective and relative because a change can be perceived and interpreted as positive or negative, depending on whose shoes one is in. For instance, armament is a positive value for the shareholders of the arms industry but a negative value for the people under attack.

10. What is the power of life and what is its fragility? Cleary, to be healthy, financially comfortable, educated and to love. Having all those four is the best possible condition to create; that is power. Fragility is the situation one finds him- or herself if the aforementioned are under threat or if a person has already been deprived of some of those. 11. Where do your fantasies bring you? What do you strive to change with your art? Fantasies bring me to destinations that I did not know their existence of. Actually, I bring them into existence in the first place; thus, they are a creative and vital energy. Thereby, it doesnâ&#x20AC;&#x2122;t really matter so much if these places and worlds are imagined or actualised in the physical world. Fantasy is thus for me a fifth power of life. If my art triggers imaginations that make a perceiver revisit his/her own or other-directed values, then I believe my art has the potential to change values. 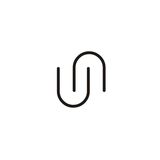