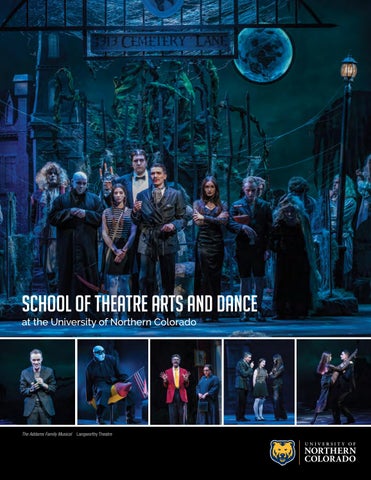 Conservatory style pre-professional training in a first-class liberal arts university The School of Theatre Arts and Dance is committed to training the brightest and most talented performers, designers, technicians, educators and theatre innovators of tomorrow. We offer rigorous pre-professional training and the opportunity to audition and/or participate in 30 productions annually. Our nationally recognized undergraduate-only theatre curriculum is focused on mentor- based teaching that views each student as a unique creative artist. We offer: BACHELOR OF ARTS DEGREES IN: Musical Theatre Acting Design and Technology Theatre Education Theatre Studies NON-RESIDENT MASTER’S DEGREES IN: Theatre Education Dance Education Minors are also available in Dance and Theatre Arts.

Jackie and Me   Langworthy Theatre

World Class Faculty Our award-winning faculty and staff includes 24 full-time professionals who teach, advise, direct and mentor over 300 undergraduate and 70 non-resident graduate students each year. Our training and productions are second to none, but it’s our friendly and talented people who make the UNC experience world-class!

Professional Guest Artist Program Each year at UNC, we bring some of the industry’s top talent to campus to work with our students. Recent guest artists have included:

“Our guest artists are amazing. I still can’t believe that I had the opportunity to work on stage and in my acting class with Lucy Peacock, one of the top classical actors in North America.” —Anna Landy, Alumna, Musical Theatre 2014

Every other year, the School produces a touring play for young audiences in our community that is meant to entertain, challenge and speak to the intelligence of young people. As engaged artistic citizens, we believe that all young people should be exposed to and have access to quality arts experiences in their community. At UNC, students can participate in Theatre for Young Audiences productions, create workshops and study guides and travel to both national and international TYA conferences.

Showcase Opportunities “New York Showcase prepared me for the real world. It helped me put things in perspective and pushed me to work more diligently to fulfill my dreams. I am forever grateful for the experience.”

Little Theatre of the Rockies Professional Summer Stock Theatre “I learned so much about acting working on stage with the AEA professionals during my LTR summer. They also helped me make valuable networking connections for my transition into the real world.” —Harrison Butler, Alumnus, Acting 2008 The mission of the Little Theatre of the Rockies (LTR) is to provide the Front Range community with highquality professional summer stock theatre each season. LTR provides our current students, faculty, staff and alumni the opportunity to work alongside professional Equity and non-Equity actors, and to interact with working professional guest designers, musical directors, musicians, dramaturges, stage managers, directors and choreographers. Learn more at LITTLETHEATREOFTHEROCKIES.COM

Study Abroad “I loved everything about my London experience. I can’t wait to go back.”

learn more and Apply “I auditioned and was accepted into 12 of the top theatre schools in the country. I chose UNC because of the training it offers and the fact that their alumni work!” Jeffrey Zicker, Alumnus, Musical Theatre 2014 If you’re serious about your theatre education and want to join the ranks of the many UNC alumni who are enjoying exciting, successful and satisfying careers in the profession, then what are you waiting for? Apply today! Application requirements and deadlines: ARTS.UNCO.EDU/THEATRE/APPLY Request information and schedule a visit: ARTS.UNCO.EDU/THEATRE/VISIT

UNC: Where alumni success is a long-standing tradition! The School is proud of its many successful alumni whose achievements in the profession are legendary: 25 actors have appeared in 55+ Broadway productions, 30+ actors have appeared in 45+ off-Broadway productions and many more have worked on stage in national tours, regional theatre, dinner theatre, theme parks, comedy clubs and on cruise ships. In addition, our actors have starred in feature films, television sitcoms, made for TV movies, national commercials, and on the web. Our design and technology graduates are creating innovative work across the industry, our theatre studies students have become successful directors, playwrights, producers and administrators, while our education graduates can be found in the classrooms of nearly every state in the nation.

OTHER ALUMNI OF NOTE 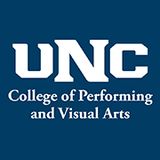