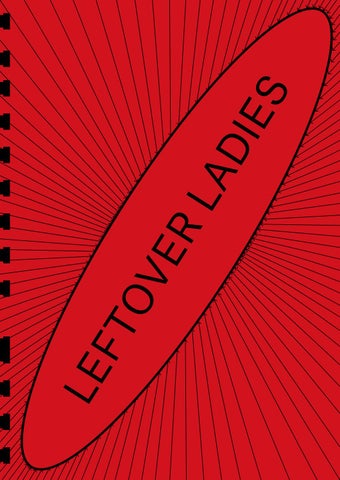 ‘Leftover ladies’, the conspiracy and economy in China

What caused this phenomenon? How do leftover ladies related to wealth in China?

PLANNING 5.0 Research about the phenom1. enon through articles, docu2. 3.

mentaries and archives. Get inspiration from the gathering information. Extract elements from research. Visialize the gathered information. Sketch and make the installation.

‘Leftover ladies’, conspiracy theory and economy in China ‘Leftover ladies’ or ‘Sheng nu’ is a derogatory term made popular by the All-China Women’s Federation that classifies women who remain unmarried in their late twenties and beyond.1 1.https://en.wikipedia.org/ wiki/Sheng_nu

According to Giddens 2 (1992) and Individualization3 , women as they now have more freedom to make more informed relationship choices, which may or may not include marriage; in other words, women who are highly educated but not married are not stigmatized, but are perceived as independent and liberated. However, in the Mainland Chinese media, highly educated career women of marriageable age who are unmarried have been coined derogatorily as sheng nu or ‘leftover women.’ The Chinese Ministry of Education (2007) attributes the unmarried status of these women to their own ‘overly high expectations for marriage partners,’ implying that they are the ones to blame for their own competence and independence. This is extremely telling of the patriarchal culture of Chinese society, which still advocates the ‘male as superior’ pattern of marriage partner choice, rendering competent women to be discriminated against in the marriage market. Therefore, the contradiction between economic development and social reversal in China interests me to explore more about this phenomenon.

“THE GOVERNMENT-SPONSORED ALL-CHINA WOMEN’S FEDERATION URGED WOMEN TO STOP PURSUING ADVANCED DEGREES, WARNING THEM THEY COULD END UP LIKE “OLD, YELLOWED PEARLS.”4

5.Data from University of Kent

The distance of past and future.

In order to have a more comprehensive view of this aspect, i watched three videos insight different angles about ‘Leftover ladies’. Startup with the advertisement from SK-II: Marriage Market Takeover6, which revealed how single women in China courageously by standing up against the pressure of being labeled ‘Leftover ladies’. The other two are documentaries, From ‘Iron girl’ to ‘Leftover women’ 7 and ‘Leftover women’ in China8. With different views from sociology, literature, and women studying professors. As well as interviews with three leftover ladies from different backgrounds, feminist organizations in China and feminist activist. Additionally, by analyzing data from global education landscape from 1970 - 2050, sex ratio at birth from 1953-2000, the percentage of unmarried women and prosperity of a country. Most of my questions got answered. I extracted the words related to wealth and value in the interviews and mapped out the relationship between ‘leftover ladies’ and wealth.

What caused this phenomenon? How do ‘leftover ladies’ related to wealth in China? ‘Leftover ladies’ is a mini diorama of China’s rise and development,the blueprints of a country that had soared from one economic and social extreme to anoth9 er. 9. Leftover in China: The Women Shaping the World’s Next Superpower 1st Edition(2018),Roseann Lake

The red dots represent countries where women have higher education than men. Prepared by demographers in Barcelona. In fact, it already happened in 2012 in China.10

The sex ratio balance starts to break after the one-child policy from the early 80s, combined with Chinaâ&#x20AC;&#x2122;s traditional preference for boys, has led to a surplus of men. And most of them were born in the rural and poor areas.

Who benefit from it?

How the20 ‘leftover ladies’

21 in China? related to wealth

Labeling is describing someone or something in a word or short phrase11 as “Leftover ladies”. However, the use of the term is often intended to highlight the fact that the label is a description applied from the outside, rather than something intrinsic to the labeled thing. This can be done to reject the whole idea that the labeled thing can be described in a short phrase. Thus, it can be seen as an accusation that such a short description is overly-reductive, which can affect information context12. It is associated with the concepts of self-fulfilling prophecy and stereotyping. Labeling theory13 holds that deviance is not inherent to an act, but instead focuses on the tendency of majorities to negatively label minorities or those seen as deviant from standard cultural norms. The method14 is very common and has a long history. According The Fine Art of Propaganda by US Institute for Propaganda Analysis in 1937, labeling was ranked the top of 7 major promotion techniques, and it was most commonly used in propaganda.

“BAD NAMES HAVE PLAYED A TREMENDOUSLY POWERFUL ROLE IN THE HISTORY OF THE WORLD AND IN OUR OWN INDIVIDUAL DEVELOPMENT. THEY HAVE RUINED REPUTATIONS, STIRRED MEN AND WOMEN TO OUTSTANDING ACCOMPLISHMENTS.”15 15.Institute for Propaganda Analysis (1938)

1. Are ‘leftover ladies’ or labeling a unique Chinese phenomenon?16

David (UK) ‘Leftover women’ is not a uniquely Chinese phenomenon; it reflects better education, opportunity and financial independence and this is happening to women worldwide. Parental disappointment comes with loss of the old ways. (Japan) One Japanese netizen noted that during the 1980s, the term “Christmas cakes”. For men in Japan, the term Herbivore men is used to describe men who have no interest in getting married or finding a girlfriend.17 Miya (Korea) In South Korea, both men and women can be called ‘leftovers’. Many people there are forced to postpone marriage and having children until they are over 30. Life is hard enough in South Korea to sustain yourself as a single, not speaking of having a family and raising children. Kanuky (Australia) This may be the 21st century but the mentality has not got past middle age or is that the

Stone Age?! In the western world things are slightly better just because women have stopped caring about how they are labeled - they simply go ahead and live their lives as they wish. I am a very happy 44-yearold ‘leftover’ and would not change it for anything. Rachel (US) I live in the US and there is still so much pressure to get married, and if you aren’t, well, then there must be something wrong with you. My parents were especially concerned when I decided to pursue my Masters degree instead of finding a boyfriend. My dad even had the gall to ask if I was gay, simply because I chose to be happy and single. Shivani (India) In India, women should marry before 23 or 24 and men between 27 and 29. In most cases it is arranged by parents. The number of women over 30 remaining single is growing in India. But they may not get due social respect. Also after 60, it is difficult for single women in India. However, there are many women achievers who live as ‘single’.

2. How other artists or designers deal with social issures?

Her creations revolve around social problems in contemporary China: women on the shelf, arranged marriages, and pseudo-intimacy between the husbands and wives who are the victims of such marriages. Her combination of photography and printmaking aims for melancholia, delicacy, and abstraction. I found that the requirements in the marriage market have similar function as labeling,it simplified a person into several sentences which directly related to wealth.

3. How to relate the information with visial and material

The main element is a closed ellipse, it can be understood as a label or a vagina. It is a metaphor of labeling and be labeled behavior of ‘leftover ladies’. When comes to the situation which have to related to other elements, it will always overlay above.For instance,at the beginning of each chapter, the relationship between the ellipse on the cover and the negative space at the beginning or every chapter creates a metaphor of labeling and be labeled. Furthermore,on the cover, there is a physical label of ‘leftover ladies’ in both English and Chinese,if the audience remove that,they will see the ‘Wealth’ underneath. Arrows, as a metaphor of the complex relation between ‘leftover ladies’ and wealth, appearing repeatedly through the whole booklet. Black,white and red are the main colors of the project.Red, on one hand represents China and love, on the other hand it has for centuries been used to indicate danger. As the Chinese media promotion, ‘leftover ladies’ are expericing the crisis of not able to getting married. In the design of the booklet, in order to create the audience experience of pressure from the society and the family. I create a guide system both the vertical and horizontal margins are extremely close to the side of the page and compact text layout which fabricates the feeling of nervous and anxious to the audience. In the binding, i decided to use black plastic rings.Since there are both white and red papers,it is easy to use them alternately.

4. How the visial and material form develop (Sketches and design choice)?

In the installation, the concept of labeling will be used more directly. They will be putting over the human body by projecting when the audience passing through the aisle between the wall and the projector. Techonocaly by using body recognisationg and processig to create the interaction. In order to resonate with the audience.In the word choosing on the label,rather than the feature words of â&#x20AC;&#x2DC;leftover ladiesâ&#x20AC;&#x2122; .I collected them from Name-Calling, Propaganda Critic18. Examples of name calling include:Commie, Fascist, Yuppie, Bum, Queer, Terrorist, Social engineering, Cowardly, Counter-culture. About the bahavior of the label,when projecting the audience canâ&#x20AC;&#x2122;t see the label on themselves,but the other audience could,which reacted the behavior of labeling. In the design of the graphic part ,i tested with different size,angle,number of labels and the location on the body in order to find a strongest visual language among these tests on the next page with both one person and several people in different distance.The result tures out the white label with white backgroundworks the best. 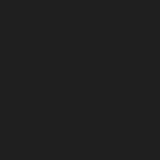