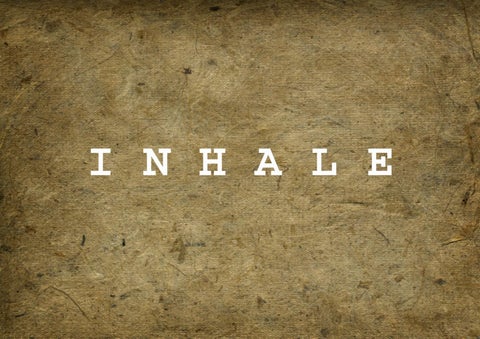 Don’t Gather The Poppies I stand by the river, whispers lap at the banks, the poppies gather drops of twilight, deep in their seeds hide the dark night, stars, moon waiting to be born. Don’t touch the flowers, cut them and stand them in your blue vase, you’ll steal the earth of its eyes. Whispers will break into howls in the darkest of nights beside the river.

Lost Absence sits on the old sofa where my father dozed, layers of dust wiped clean his breath behind curtains, the blue tablecloth paler crumbles under touch, lavender balls have vaporised into empty corners, and the magnolia wall lost to clumps of moisture; only the ball I kicked under the bed lies like a forgotten mole.

Anchor Deep We sat under the tree, a wall of silence wedged between us, roots knotted in anger, the branches rasping breath of pain. On such a day curl up till your muscles hurt and joints creak, let the sand fill the holes of your mouth and nostrils, shrivel like a seed, hear the earth breathing, wind sighing. Worms turn the soil, toss you like an empty hollow shell; stirrings of life grate against the wall, gasp into existence.

Tell Me Why I Want To Touch You From the flat above music, strain of romance flows. The insect walks to the edge of the window, lands in the abyss of darkness, exiled from my vision. Like the flash of tigerâ&#x20AC;&#x2122;s tail headlights of cars hang from the corner of the wall. He comes in, neck creased between beads of moisture. I touch the coiled warmth of summer trapped in there.

He Does Not See Dew On The Grass Anymore He threw up food, thick mucus choked his throat; I made him lie down, floated flowers in a glass bowl, lit an aromatic candle and fed him soup sparsely spiced. Now he lies in deep slumber. I call out every half hour, I hear my voice travel miles where he has stacked away memories of me that he is willing to leave behind.

Inhale A fragile case of muscles and nerves laid on bed of mucus; I peer through the skin, watch the ripples as food breaks, air sacs settle in little nooks. I reach for them, the little drops of pearl, play them in my hands, hand it over to you: globules of breath that you inhale.

No one Wants To Remember Certain Things The spider crawls on the damp wall after trapezing silk thread of memory, nightmare zipped inside the pillow bellows like a pregnant woman, skin of the womb of grief drawn thin as pain pushes the wall to be birthed. The night presses at the window, pours into the corners of the room and lies thick like tar that I cannot peel away.

Uma Gowrishankar was the finalist in the Poetic Asides 2010 Chapbook Contest. These were the poems written for the chapbook â&#x20AC;&#x2DC;Inhaleâ&#x20AC;&#x2122;.