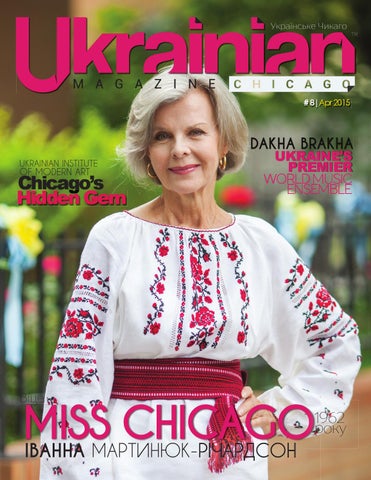 Facts About Ukraine Its History, and Its People

Facts about Ukraine, its History, and its People

Ukraine is home to the first constitution in the modern world.

In 1710, Ukrainian Cossack leader Pylyp Orlyk authored a constitution establishing three branches of government and legally underscored the importance of equality and human rights for citizens under Cossack rule, including a guarantee for free elections. Orlykâ&amp;#x20AC;&amp;#x2122;s government predates the United States Constitution by 77 years.

Ukraine is the largest country in Europe.

The daughter of Grand Prince Yaroslav, Anna, became the Queen Consort of France in 1051. Anna was highly educated and introduced Eastern culture to the Franks, paving the way for relationships between medieval Ukraine and Western Europe for centuries.

Ukrainian civilizations date back to 4800 B.C.

The Trypillian and Scythian civilizations thrived in the land where Ukraine is today. At their peak in the 7th century B.C., the Scythians actively traded with civilizations in lands as far away as China, Persia, Egypt, and Greece.

Metropolitan Andrey Sheptytsky, the head of the Ukrainian Greek-Catholic Church for 45 years, was honored by the Anti-Defamation League in 2013 for saving thousands of Jews during WWII. He and other civic and Church leaders hid Jews in their homes and monasteries during the Nazi invasion. A common criticism of Ukrainians is anti-Semitism, but figures like Metropolitan Sheptytsky, dispel such accusations.

Ukrainians were subject to one of the worst genocides in history.

As many as ten million Ukrainians were killed when they were denied food between 19321933. The act, which is widely considered to be genocide on the part of the Soviet Union, is known as the Holodomor. Entire villages where Ukrainians had died were repopulated by ethnic Russians in order to create ethnic homogeny in the Soviet Union.

Most Ukrainians want to join the European Union.

The official language of Ukraine is Ukrainian.

In most countries, the official language is that of the predominant ethnicity – for which many countries are named. Although many ethnic Ukrainians speak Russian and do business in the Russian language, Article 10 of Ukraine’s constitution requires all official activity of the central government to be conducted in Ukrainian. However, the constitution guarantees protections for minority languages, including Russian. Some local governments have adopted Russian, Moldovan, Romanian, and Hungarian as secondary official languages, and are encouraged to use those languages to govern locally, though not nationally.

Ukraine has paid off $14 billion USD of its debts in recent months.

As Ukraine teeters on the edge of a national default, recent months have proven that it can still live up to its word and pay its international debts. Since Chicagoan Natalie Jaresko took over as Finance Minister in December, Ukraine has paid international creditors $14 billion USD.

Ukraine is home to 45.49 million people.

According to the World Bank, Ukraine was home to 45.49 million people in 2013 – that’s just short of the population of the entire American West Coast at the last federal census. Ukraine fell victim to massive population loss after independence in 1991, as more than 7 million Ukrainians left their homeland to find work in the United States, Western Europe, and the Middle East.

“When it was organized, the basic premise of the Institute was to provide a venue for the Ukrainian post-World War II immigrant to exhibit contemporary works of art,”

“That has evolved today. It’s very important for us to be a vital part of our community, the Ukrainian Village. But the community has changed, and so we have expanded to include Chicago artists as well.” What began as an idea, nestled in a compact storefront on West Chicago Avenue forty years ago, has now expanded into a block long internationally recognized Institute.

ur visitors today extend far beyond the Ukrainian Diaspora. Last year, we had almost 5000 visitors, of which a significant part were from out of the country: Canada, Europe, Asia…” Cardoso said. “So because Chicago is an increasing tourist site for out-of-the-country visitors, we have become a venue for them.”

“On a global scale, we are more than just a Ukrainian Institute,”

Markewycz has been involved with the Institute since its inception in 1971. Vice President of Programming and Special Events, Motria Melnyk, a board member for over twenty years, also weighed in on the Institute’s recent collaboration with neighboring schools. “This year, one of our favorite projects was working with the schools, namely St. Nicholas Ukrainian Cathedral School,” Melnyk said. “The children were asked to create an art project that showcased their own heritage. We displayed these projects in our gallery at the Ukrainian Institute of Modern Art.”

Looking at the larger scope of its influence in Chicago, the Institute has been considering a new expansion, one that will significantly exceed the Institute’s introduction of literary and musical items to its galleries. In light of recent budget cuts in public and private schools city wide, Cardoso explains that art education is not a school priority.

nyone, of any ethnic or racial denomination, can submit a proposal for their work to be displayed. The Institute is much more diverse than just one race, but our roots do stem from the Ukrainian Diaspora. We have about five exhibits per year, and two or so are Ukrainian. The rest are from Chicago, or from anywhere in the United States.”

““We We feel very strongly that we have had to pick up that leadership role and become a focal point for young students to come and study art,”

he Institute hopes to expand its resources by creating art workshops that will give students the opportunity to come there for instruction and art education.

oing strong since 1971, the Ukrainian Institute of Modern Art continues to adapt to the needs of not just the Ukrainian Diaspora or Chicago, but also to the standards of the national and international art scene. The Institute houses one of the largest collections of Ukrainian-American abstract and minimalist works dating from the 1950â&amp;#x20AC;&amp;#x2122;s, 1960s, and 1970s in its two galleries. The permanent collection often features artists whose work has also been featured in prominent museums like the Metropolitan Museum of Art, and even the National Gallery. Featured work ranges from the traditional media of paintings and sculptures to the more contemporary media of photographs, ceramics, and even fibers.

In addition to regular weekly operating hours, the Institute also uses its two galleries to host special events, many of which draw large crowds from the surrounding community. Nestled in Chicagoâ&amp;#x20AC;&amp;#x2122;s Ukrainian Village, the Ukrainian Institute of Modern Art is Chicagoâ&amp;#x20AC;&amp;#x2122;s hidden gem, an organization whose displays extend far past its Ukrainian roots and plays a key role in the U.S. art scene.

uring the last two decades the quality and scope of Ukrainian music has taken a quantum leap. The establishment of an independent country has liberated composers, vocalists, and musical artists from the suﬀocating standards of Soviet monotony and unleashed boundless creativity. Rock, metal, jazz, blues, and folk (in all imaginable configurations) have found expression in the musical soul of 21st-century Ukraine. Whereas popular Russian music has devolved to the level of crass pop and visually marketable sleaze, the Ukrainian musical scene has exploded with diversity, color, and soul. One such group that is at the top of the list of musical innovation is Dakha Brakha. Founded at an experimental Dakh Theater in Kyiv in 2004, the music and sounds created and performed by this group surpass expectation. Categorized as “world music” and “ethno-chaos,” Dakha Brakha’s creative genius exceeds the restrictiveness of genre and engages the listener by participating in each and every intimate exchange of forgotten sounds and ignored senses. The term “dakha-brakha” is derived from Old Ukrainian and means “to give and to take.” In a conversation I had with the group’s only male member, Marko Halanevych, after one of their concerts in Chicago, he noted that performance involves a “give and take” of sacred energy with the listening audience.

hey “give” us the sounds, rhythms, and soul of Ukraine’s past, we “take” it in: we clap, stomp our feet, cry, smile, and laugh. Our souls reverberate this exchange and we “give” back to the Dakha Brakha ensemble. This movement of sound and sense continues to grow throughout the performance as a cosmic unity of everyone present is attained. Iryna Kovalenko, Olena Tsybulska, and Nina Harenetska are the three stunning female musicians who play with Marko Halanevych and wear the signature fur hats known as “dakhs.” Typically, a performance will open with “Tataryn,” a composition dominated by the sounds of drumming. Reminiscent of the drumming circles of ancestral peoples, the sounds of the piece

awaken: they awaken us to enter into a world where there is no past or future, but just the ever present. These are the sounds of the steppe, of the fluid movement of people, of the strong influence of Tatar culture on Ukraine, and of a deep and abiding love for all of earth’s creatures. Aside a variety of drums and drumming techniques, accordions, a piano, cello, and a symphony of indigenous instruments (such as a rain stick, djembe, buhay, didgeridoo, darbuka, and others) will weave a tapestry of melodies evocative of a world of primal essences. You will hear birds chirping, snakes slithering, frogs croaking, the wind blowing, fires blazing, and the rain falling.

ome songs, such as “Carpathian Rap,” are well known to us as the “Kolomiyka.” Others are variations on melodies sung by our great grandmothers as they harvested the fields. The song “Zhaba” (the frog) tells a common day story of friends getting together to hang out on a Friday night after work and the surprises that occur afterwards as one of them walks back to the village at night. Simply put, Dakha Brakha’s repertoire transports and transforms. Like a fine red wine it gets better with age; full-bodied Ukrainian with Bulgarian, Balkan, African, Indian, and Turkic notes. Dakha Brakha has attained worldwide renown and has played at hundreds of musical festivals around the globe. Their

current North American Tour is the fourth of its kind in the last three years. Not surprisingly, the concerts attract Ukrainian and non-Ukrainian audiences and are always sold out. Join Dakha Brakha this Sunday, April 19, 2015 at the Mayne Stage on Chicago’s Northside at 6 and 8 P.M.

his salad is ideal for the spring season and it tastes delicious. All you need is cucumbers, farmerâ&amp;#x20AC;&amp;#x2122;s cheese (or feta), spring onions and sour cream. Itâ&amp;#x20AC;&amp;#x2122;s easy and the taste is unforgettable! Slice cucumbers, chop spring onions, add salt to taste. Cut feta cheese in small cubes or just crumble it. Add sour cream to your taste and mix together. Enjoy! 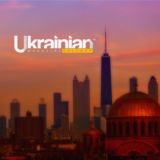