ukcp news Aftermath: How does the loss of a parent during adolescence impact on identity as an adult?

Resilience and stories: a journey of discovery

uch has been written about grief, mourning and loss but much less on the longer term impact of loss on sense of self, identity and ways of ‘being-in-the-world’. Bereaved adolescents have been referred to as the ‘forgotten ones’ (Kubler-Ross 1969). To explore this, I chose a qualitative approach, Interpretative Phenomenological Analysis (IPA) (Smith, Flowers & Larkin 2009). Researchers using IPA accept Heidegger’s argument that one cannot interpret something without bringing one’s own preconceptions, experiences and assumptions into the analysis. I was mindful of the effect of my own personal adolescent experience of loss on the research. I interviewed six psychotherapists; all were bereaved between 11 and 39 years ago, choosing psychotherapists for their reflective focus, and the ability to manage their feelings would help me to meet the ethical criterion ‘do no harm’ (Finlay, 2011). Multiple variables, like family context, nature of death and personality, relevant to a sense of self (Erikson 1968), made it important to give room for participants to reflect on their experience from before the parent’s death to the present day. I carried out a meticulous line by line analysis of the data to enter and make sense of the experiential worlds of the participants.

Findings Despite the variables, coherent themes emerged including: • • • • •

Vivid recollection of the death Cutting off feeling Delayed grief A ‘shattered’ world view Complex on-going feelings such as blame, responsibility and ambivalence • Changed feelings and understanding of their dead parent over time All participants described an effect on their adult relationships, whether with partners, children or therapists: ‘Relationships that break down are bad for everybody. However, for me, it brings out that horrible traumatic sense of abandonment.’ Another overarching theme was longing for an adult relationship with their dead parent;

as an adolescent how can you fully comprehend what you have lost? ‘...to know a parent. Different to have an adult relationship with your parents, in an intimate way, this is something that I really wanted and didn’t get.’ The youngest participants at the time of the death were left with feelings of resentment at not ‘being looked after’ or ‘shown what to do’: ‘You carry it with you, deep disappointment. And not knowing why the disappointment is there.’ Older participants showed an increased integration of their loss with their sense of identity and ability to engage with the world: ‘It’s enabled me to engage with the world on a deeper level and with people. Life is deeper.’

Final thought This study shows the extent of the effects of adolescent loss, even for this sample of adults experienced with exploration and processing of feelings. An aim for psychotherapists with bereaved young people is to help facilitate the integration of their loss with their sense of self.

arrative inquiry has to be one of the most subjective, subversive research methods (Clandinin, Connelly, 2000): it is intensely personal, involving the researcher closely with the topic, blurring the lines between research and life, turning research into an artistic form. Allowing extensive freedom and creativity, it suited my project perfectly: one researcher, me; one subject of observation, my grandmother; one topic, the resilience she displayed throughout her life. At the end of it, no absolute truth; rather, possibilities and the ability to evoke responses and resonance in readers. Over the years, many unhappy people struggling with life, relationships, themselves, have crossed my path. I came to believe that nearly everyone suffers from some form of anguish: trauma, neglect, abuse; who could claim immunity? Yet, here was my grandmother who had endured terrible ordeals and thrived. What was it that made her so robust; could I discover what it was about her personality and history that made her so? Could that be extrapolated and applied to psychotherapeutic work so that, as well as healing, clients might develop resources to increase their resilience? Would the narrative inquiry method deliver tangible, credible results? I was ready for anything, including failure. The initial literature review led to a thought-provoking finding: resilience is the norm, pathology the exception (Masten, 2001); it also provided the foundation from which to launch into data analysis. I transcribed hours of interviews with my grand-mother, built a genogram, collected photographs and mementoes. Then, I established lists of characters, their interactions and relationships; drew out a precise chronology of events and noted significant locations; dissected the plot in narrative terms, identifying problems, resources, decisive actions and resolutions, if any; and finally turned to the themes related to resilience: death and loss; intelligence and education (enhancing communication skills, adaptability and understanding); making a story into a testimony (creating meaning from confusing events and transmitting it to an audience); agency and mastery (an ability to 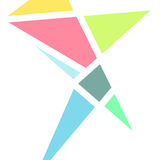