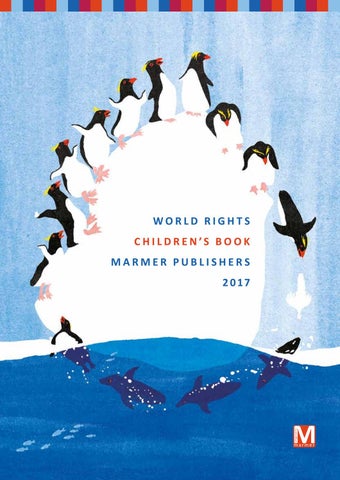 Marian van Lieshoud Marian van Lieshoud has a long career as an illustrator behind her. During her stay in the United States, lasting twenty years, she worked for Simon &amp; Schuster among others and illustrated various bestsellers. Back home again in Holland she, and Thera Coppens, made two successful picture books and she came up with and again illustrated various bestsellers.

Thera Coppens Thera Coppens is an author and known primarily for her historical work. She also published many children’s books and poems for kids. Plus she wrote nine children’s musicals and more than hundred and fifty songs for kids.

Yoko Heiligers Yoko Heiligers got her illustration certificate in 2007 at the CABK ArtEZ Arts Academy in Zwolle. Yoko paints pictures of people, animals or things in everyday situations with humour and wonder, all ending up in her picture books. She made illustrations for various publications, but also comes up with and illustrates her own children’s story and picture books.

Mariken Jongman Mariken Jongman is a writer of books for children and young adults. Apart from that she writes plays and songs. With a degree in history, she accidently discovered that her subject matter, her way of looking at the world and her humour were almost self-evidently connected to a child’s world of perception. That led to the publication of her first youth book in 2005. Many books followed, for various ages.

Clinty Thuijls Clinty Thuijls graduated from the Drama Academy in Arnhem and worked as a stage actress. She wrote screenplays for TV-shows like Sesame Street and the daily Sinterklaas broadcast. She received rave reviews for her debut children’s book Opilopi.

Mariëtte Middelbeek Mariëtte Middelbeek is an author, a journalist and a managing editor at a magazine aimed at mothers. She writes novels and books with real-life stories about experiences of fire fighters and paramedics e.g. She has also published five young adult suspense novels.

marian van lieshoud A baby is born. Everybody is happy and excited and this little miracle gets a lot of attention. That takes some getting used to for the brothers and sisters and they sometimes feel excluded. Especially for big brothers Marian van Lieshoud made this little book full of wonderful pictures.

marian van lieshoud A baby is born. Everybody is happy and excited and this little miracle gets a lot of attention. That takes some getting used to for the brothers and sisters and they sometimes feel excluded. Especially for big sisters Marian van Lieshoud made this little book full of wonderful pictures.

marian van lieshoud In this exquisitely illustrated ABC-book by Marian van Lieshoud the animals are having a party. Mouse, Chicken, Bear, Elephant, Pig and Owl are all preparing tasty contributions to the big dinner. They buy groceries, pick fresh fruit and search the Internet for the best recipes. But Pig sticks his snout into the food more than once and enjoys it immensely. When all the food and pies are ready the party begins. Only Pig is not really aware of this, because from his snout we hear a big Zzzzzz.

Was it fun on the train?

Thera Coppens &amp; Marian van Lieshoud Little rabbit travels on the train alone. At first he finds it scary, but at every stop new animals get on and every one of them has something to tell about his destination. And so he meets Piglet, the Penguin brothers, Giraffe, Mrs Hippopotamus and Mouse. One is on his way to the doctor, the other wants to buy a cake and yet another is looking for new shoes.

marian van lieshoud Karen, a poor girl without a father or a mother, grows up lovingly with her aunt. She buys a pair of beautifully shining red shoes. When her shoes are being bewitched she has to keep on dancing forever. The Red Shoes is an adaptation of the famous fairy tale by Hans Christian Andersen.

Thera Coppens &amp; Marian van Lieshoud Madame Rat woont in een oud huis aan de bosrand. Niemand weet wears outspoken clothes and sings areas at the top of her voice. The animals in the forest are having none of it; the rat has to leave the forest. Only Mouse is resisting the bullying and goes as far as to creep up Madam’s dark stairs to see for himself what’s going on there…

clinty thuijls Every weekend Stef stays over at his grandpa Pie’s place. They never get bored. They trim the plants, pick berries and go for a bike ride. Or they make marmalade, repair things in the house or build birdhouses. They also like to talk about poop, worms and snot. Grandpa is always a bit easier than mum. Together they fool around, and laugh a bit too loud at each other’s jokes. Opilopi is the modern version of Jip and Janneke (a range of classic books about two Dutch kids).

One day a young deer feels something strange on his head. It’s a terrible shock – there are two bumps growing there! But what are those things? His mother doesn’t know and says, ‘Shall we ask daddy?’ Together they go in search of his father. On their way the little deer tries to find out why he has these bumps. He meets other animals that have things on their heads too. Are they antennae? Or could they be horns? Is it a dreamcatcher? Just as the little deer is on the point of giving up his quest, they find his father, who turns out to have something really big on his head! The little deer begins to understand that the antlers belong to him and make him more beautiful. Just as he thinks he’s found a happy, carefree life, something unexpected happens.

Little Whale is big. Big enough for a deeper dive, he thinks. Down further and further, because that’s where all the adventure lies! He meets sea animals with razor-sharp teeth, with stringy feet and gigantic eyes. It’s all really exciting, but exciting can be dangerous. Little Whale might be big, but the sea is still much bigger. In Big Little Whale Mariken Jongman and Yoko Heiligers tell the exciting tale of Little Whale looking for adventure in the deep sea. Big Little Whale is published in Germany spring 2017.

Mariëtte Middelbeek Anne and Emma are on holiday with their parents on a camping in the south of France. They hook up with the entertainment team and do all sorts of exiting stuff. When they plan to surprise Simone, one of the team, with a blind date, it looks like a perfect idea. But the night of the date things go horribly wrong.

Iris, Maaike, Becky and Floor have been friends for years and all have their own pony. During Autumn Break the girls go to a pony camp on the island of Terschelling. This fun trip ends abruptly when one of the kids disappears without a trace.

Mariëtte Middelbeek Suuz has got her own blog: Boyzzz. She blogs fanatically about boys and how to deal with them. When weird and awkward reactions start to appear on her blog it looks as if there’s a hacker at work. Suuz deletes all the messages, but once she is threatened she gets really scared.

Saar has one ambition: becoming an actress. Acting, singing and dancing is what she likes most. She has to learn lines for an audition for a play and do a scene with Bruce, the most handsome boy she has ever seen. When Saar gets the lead she is over the moon. But then weird things start to happen and she’s getting real threats. Apparently there’s someone who doesn’t want her to have the lead…

Mariëtte Middelbeek Britt is beside herself with joy when she’s allowed to go on Facebook. With her new smartphone she also joins Instagram and Snapchat. She’s happily apping away with her friends and it doesn’t take her long to build a large network. But then Britt finds out that there is a dark side to the online world and that not everyone who likes her photos has good intentions. 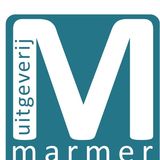