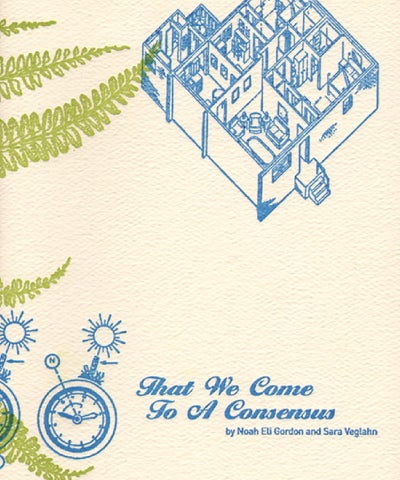 Say I were a scholar of invention can right this sentence say my favorite way in time to improve my own outlook apprehended in its dream another mask stuffed & covered in dust Iâ&#x20AC;&#x2122;ve been inside a vault could say we meet at the airport as an appendix to an apology you arriving in a sombrero me wearing a white carnation a kind of greeting this part might be imagined then like a good idea say something bold squint & holler if youâ&#x20AC;&#x2122;ve been to Phoenix call it what one wonders carry a pebble in your mouth a dial tone a bit of fabric another false look for you wherever

To varying degrees a hard sell replica says what comes to what in the window of a certain fiction as etc. as when dust settled smoke cleared where I was honing in on both views an anthem for the after-the-fact officers stagnant pools next to the pond where irises grow in a standard direction a blatant bah humbug to the world outside the window madly playing one note over & over not my shoes not a bottled post-apocalypse in Styrofoam the little cop in the little cage I carry is a gaudy display of who knows who who patrols your dial tone head my incoherent speechlessness the burden of the story collapsing on the embankment a hard lesson to a hotel keeper is asking for any good ideas you thought you’d have the best deal in town under the balcony arguing again the girl was waiting to be let in the boy was “at home” in a manner of speaking

Someone steals a shotgun & I’m never far from home called to write screenplays I see a raccoon in ram’s clothing get up at 6am this is largely a secret showing thought: vice versa & clouds but someone must have told me between giving the king a son & sitting under the nun for days who wants to plagiarize the sunlight all my rhythms tumble into drifts under the bed lately I’ve been copping someone’s shadow like all the people I don’t bother or should I say I’ve never appeared rather be in your book than another bar crossed over into a cloudburst at the podium everyone undressed with my name misspelled

You want the clock to do something so salutatory how can I put this driving for days is like driving for days passive backwash or trickledown confidence panic may only be historic with cloud cover itâ&#x20AC;&#x2122;s hard enough to call it everything in its creatureless way weeks pass driving through every back-story like the alarms map out an ulterior motive I keep forgetting thatâ&#x20AC;&#x2122;s me how to handle houseguests how things pass through a burn mark in a broken-hearted depravity theyâ&#x20AC;&#x2122;ll look at your tongue your eyes & if she can fix an engine so be it a better way to save face might be to forget entirely give up the domestic plunder & build your own mannequin standard weather calls for more provocative side-trips redemptive cloud redemptive lake redemptive avalanche nothing as bright as the afternoon sun to stall a crash-landing

That We Come To A Consensus is a collaboration between Noah Eli Gordon and Sara Veglahn, written in Summer 2003 and revised in 2005. Parts of this poem have appeared previously in Bird Dog, Boog City, Magazine Cypress, and One Less. This book was originally printed and bound in an edition of 300 at the Ugly Duckling Presse workshop in Red Hook, Brooklyn, in November 2005. Text is set in Adobe Garamond Pro, titles in Biorst and DIN. Cover design by Karenina Gonzales. Electronic edition produced in September 2010 and made possible in part by a grant from the New York State Literary Presenters Technical Assistance Program. For more information about this and other UDP titles, please visit us on the web at www.uglyducklingpresse.org. 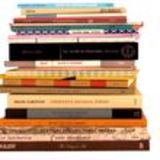