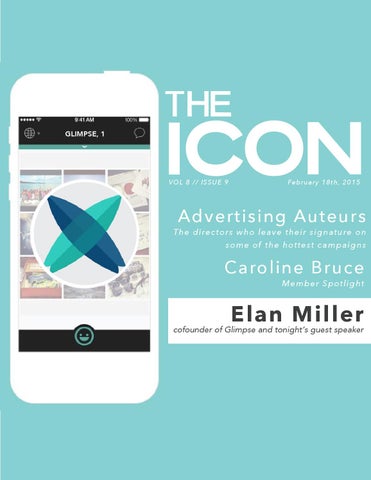 Above: A frame from Wes Anderson’s three and a half minute film for Prada Candy (2013)

We all know that there are movie directors, and then there are directors that move you. Among the innumerable auteurs (or authors of their movies) out there, many have dabbled in advertisement and commercial making. They have used their styles and artistic genius to impress upon the public in the seconds of commercials and have enormously helped companies. Among my many favorite ads directed by film directors, my top 5 would have to be: 1. “1984” by Ridley Scott (1984) Notable work: Gladiator (2000), Hannibal (2001) Client: Apple Agency: Chiat/Day 2. “Prada Candy” by Wes Anderson (2013) Notable work: Moonrise Kingdom (2012) 3. “Lamp” by Spike Jonze (2002) Notable work: Her (2013), Being John Malkovich (1999) Client: Ikea Agency: Crispin Porter + Bogusky 4. “Dress Normal Holiday” by Sofia Coppola (2014) Notable work: Lost in Translation (2003) Client: Gap Agency: Wieden + Kennedy 5.“Smirnoff” by Michel Gondry (1998) Notable work: Eternal Sunshine of the Spotless Mind (2004) Agency: Lowe London

These ads testify to the styles and abilities of these directors to expand their virtuoso to more than just film, while adding some pizazz to everyday brands and making us laugh. Make sure to check them out!

Imagine a world where you could walk into a party with beautiful photos of your experiences floating above your head. Conversation is effortless regarding your adventures around the world, outdoor local activities, and favorite underground restaurants. This world exists. It’s called Glimpse. Glimpse is a free dating app targeted at the most interesting of single people. Glimpse uses Instagram to set the stage for compelling introductiuons that get its users talking. Instead of using likes and matches, Glimpse brings people together through photography. It showcases not only what they look like, but how its users see the world. Think about it like this: if Tinder is hot or not, then Glimpse is interesting or not. The app was founded in 2014 by College of Journalism and Communications alum Elan Miller and built only using an Instagram API and $15,000. With its success, Miller earned a spot on Forbe’s 30 under 30 list for Consumer Technology and was featured on Bloomberg Business

Member Spotlight: Caroline Bruce Caroline Bruce, a junior majoring in advertising, has been the perfect Ad Society member during the past year. Serving as a Public Relations committee member, she has been quick to offer assistance and get involved. On campus, she’s also a member of the Florida Magazine Student Association. Her hard work off campus has caught the eye of many as well. Last summer, Caroline interned at Gulfstream Media Group, where she worked with the publisher of “The Palm Beacher” and “Jupiter” magazines, while she also collaborated with the sales rep. Because of her stellar performance, she was asked back for this upcoming summer. She hopes this one day could lead to a full time position. Outside of her own experiences, Caroline finds inspiration within the industry from campaigns such as #LikeaGirl, created by Leo Burnett for Always. “I think this campaign captures the beauty and essence of how young girls are not influenced by society or its bias towards females and shows their true, genuine beliefs of how females are no different than males.” Clearly, Caroline has it all figured out. Thanks so much for all you’ve done for Ad Society and congrats!