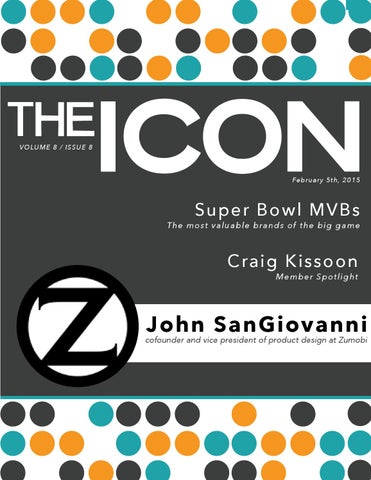 The most valuable brands of the big game

cofounder and vice president of product design at Zumobi

The MVBs of Super Bowl XLIX Before the days of likes and clicks, the general response of Super Bowl ads could only be measured by a vague “buzz.” Now, it can be measured precisely over the days following the big game. The Patriots may have won the game, but from the social media measurements conducted by ListenFirst and Ad Age we know who won the brand bowl. First Place went to Victoria’s Secret. Though not the most inventive ad (it was created in house), the tagline “Let the Real Games Begin,” definitely gets the message across. Victoria Secret gained numbers on all major social media platforms after the ad, but their biggest gain was on Instagram with 52,924 new follwers. Next was Coca-Cola. With their #MakeItHappy, the brand sought to irradicate cyberbullying. While it had a noble intention and beautiful ad made by Wieden & Kennedy, the impletation of the hashtag backfired. A prank from Gawker took advantage of the automated response system Coke was using on Twitter, eventaully leading to its suspension. A spokeswoman from Coke emailed a statement to AdWeek saying, “Building a bot that attempts to spread hate through #MakeItHappy is a perfect example of the pervasive online negativity Coca-Cola wanted to address with this campaign.” Hopefully they’ll be able to continue to spread their message regardless, but fortunately the brand still increased their social media following primarily on Facebook with 65,988 new likes. Above: According to ListenFirst and Ad Age, Budweiser gained the fourth highest amount of social media Rounding out the top three was McDonald’s. “Pay growth of all Super Bowl advertisiers. With Lovin’,” created by Leo Burnett, invented a sweet way to buy your next meal at the fast food chain. Instead of cash, randomly chosen guests can pay with a loving phone call to their mom, an confession of how much they care about someone, or even just a silly dance. The campaign continued on Twitter, where they saw their biggest social media growth after the game with 16,065 new followers. There, McDonald’s complimented other brands’ ads and gave away a corresponding prize to a lucky retweeter. Although these gains are impressive, conversions are the ultimate goal. Brands who paid for million dollar ad spots can’t profit on likes. However, ListenFirst Co-founder/Co-CEO Jason Klien proves that they go hand in hand. “As nice as it would be to be able to sell a car or an insurance policy in thirty seconds, the reality is that the path to conversion takes longer than that. Social communities afford brands more time to address potential new customers directly.”

Member Spotlight: Craig Kissoon Craig Kissoon, a third year advertising major, represents the best thing about Ad Society; the balance of hardwork and creating lasting personal connections. He’s humble yet has an impressive resume. During his college career he’s already been a content creator for Best on Travel Network, is an account associate at Alpha PRoductions, and recently scored an internship with UF MBA Programs. As one of the most dedicated Icon Committee members, he’s also written an industry analysis and attended nearly every Ad Soc event to date. He’s truly an amazing friend and an essential part of the J-school. Thanks so much for your hard work, Craig!

John SanGiovanni Zumobi cofounder and VP of product design at

John SanGiovanni has more than 20 years of experience as a mobile strategist and user interface architect. As the Cofounder and Vice President of Product Design at Zumobi, John directs product innovation strategy and manages Zumobi’s creative, brand, and product teams. Prior to founding Zumobi, John was a technical evangelist for Microsoft Research, where he led external academic research funding in the areas of mobile technologies and user interfaces. Recently named as the 12th most creative person in mobile advertising by Business Insider, John has authored and co-authored more than 20 patents in the areas of mobile advertising, hardware interfaces, and interaction techniques for next-generation mobile devices. Mr. SanGiovanni is a frequent speaker at conferences around the globe including: Cannes Lions International Festival of Creativity, ad:tech, IAB Mobile Marketplace, MIT Venture Capital Summit, and TEDx. John has a Bachelor of Science in Advertising with a concentration on Computing from the University of Florida. Zumobi creates technologies, platforms, and user experiences for the biggest media brands in the world. Publishing partners include NBC, Motor Trend, Popular Science, and many more. Brand partners include American Express, General Motors, Ford Motor Company, and Boeing. The company was created when he spun his patents and technologies out of Microsoft Research in 2006, and Zumobi has remained highly-adaptive during the most dynamic era in the history of mobile technologies. John’s role as VP of Product Design is to drive clarity of product vision, and consistency of execution across all platform, app, and brand offerings. The two most important trends in advertising today are mobile and branded content. This talk will focus on both trends, and in particular how major brands are being successful at the intersection both. In addition, John SanGiovanni will provide a window into the lifestyle of a fast-paced advertising/mobile/technology startup, and share insights to help today’s Gators become tomorrow’s leaders of advertising, technology, and industry!